LINCOLN, Neb. (DTN) -- The ethanol industry in Nebraska continues to be an economic driver for the state, a new University of Nebraska-Lincoln study found, trailing only corn and cattle production as the top two agriculture segments.

According to a report released this week from the Department of Agricultural Economics at UNL and the Nebraska Ethanol Board, the ethanol gallons produced and value of that production in 2019 both increased compared to 2017, https://agecon.unl.edu/….

The overall economic effect of the state's ethanol industry is more than $4.5 billion, according to the report.

Kate Brooks, an associate professor in the UNL department of agricultural economics and an author of the study, said in a news release the state's ethanol industry continues to weather market swings.

"While the industry experienced weakened ethanol prices in 2018 and 2019, it has shown resilience through continued expansion in total capacity and diversification of co-products," she said.

Nebraska continues to rank as the second-largest ethanol-producing state in the nation behind Iowa.

The report said the overall value of ethanol and its co-products averages about 64% of corn production, 33% of cattle production and 131% of soybean production, making ethanol the third-largest agricultural industry in the state.

In addition, the economic study found the ethanol industry continues to add jobs to the Nebraska economy.

Ethanol producers' incomes tell a different story, according to the study.

"Comparing the two most recent reports shows a trend toward stability in ethanol production," Brooks said.

Almost all of Nebraska's ethanol and about half the state's dried distillers' grain and corn oil production are exported, the report found, meaning most production results in a net-positive effect for the state. The sales outside of Nebraska represent a direct economic effect, bringing new money into Nebraska's economy, the report said.

The UNL report also found what it said was a "positive impact" on local cash corn prices. In summary, the study found an average increase in corn prices of about 21 cents per bushel in "immediate areas" near ethanol plants.

"A grower near an ethanol facility producing 220 bushels of corn per acre could receive, on average, an additional $46.86 per acre," the news release said. 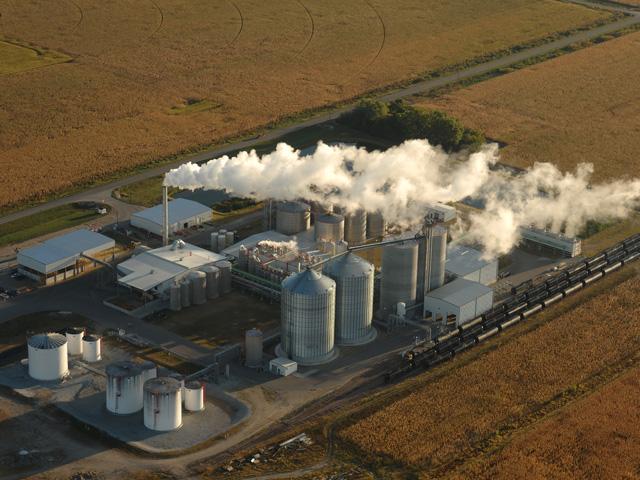