INDIANOLA, Iowa (DTN) -- Major milestones in your farming career can get your heart pumping with excitement -- starting young with driving a tractor by yourself for the first time, coming back to the farm as an adult, selling grain on your own, buying your first farm. As you near retirement age, however, the next milestone is often approached with trepidation -- planning and executing the transition of your farm to the next generation.

In a series of articles in upcoming months, DTN/Progressive Farmer wants to help you approach this signpost with knowledge and insight to avoid a family break-up and provide as smooth a transition as possible. That's a tall order, but it can be done.

The thrust of this series will concentrate on the more complex issue of transitioning your farm business to the younger generation.

The first step is identifying your successor for the farm. Sounds easy enough: It's your oldest child or the child who has followed you around the farm since they were seven. But ISU Extension Farm Management Specialist in central Iowa, Patrick Hatting, advised to take a closer look.

"Do they have the passion, the intellect and the will to succeed on the farm?" asked Hatting. "They've got to be willing to work long hours for low pay and not gripe," he explained. The older he gets, the more Hatting finds that passion in the next generation is the key to putting in the hard work necessary to survive the risks and profit cycles that inevitably come in agriculture.

CAN YOU AFFORD IT?

Can you afford to bring the next generation into your operation? Are you willing to give up some of your income? What enterprises can you add that the younger generation can contribute to the farm operation and will cover their living expenses? All are important questions, said Hatting. One eastern Iowa farmer estimated his operation invested $1 million to $2 million in additional land and livestock for each of his children who returned to the farm to generate enough income to support them. He admitted it wasn't cheap, and it increased the farm's debt load.

Let's say you've already got an on-farm successor who's working out OK. In future DTN/Progressive Farmer articles in this series, we'll explore ways to successfully train, compensate and communicate with your successor. For now, let's focus on the big picture -- family unity. Your mantra, according to farm succession planning experts, should be "Fair does not mean equal."

Horror stories abound about farm families feuding over inherited land. In one case, a farmer took his sibling to court several times to get the entire farm. He lost every time, costing him $75,000.

"I encourage families with on- and off-farm heirs to forget 'equal,'" explained Alan Hojer, legacy consultant at First Dakota National Bank based in Yankton, South Dakota. "Their legacy should be about being 'fair.' It's about defining fair. And, in defining fair, it's OK not to be equal."

Hojer advised some farm families to value the farm at some point when all the children were home living on the farm. "There was a point when they were all there. At that point, they each had an equal stake (or no stake) in the farm." Then, there is a point where someone stayed and helped build the farming operation. The off-farm heirs had no hand in that. So, the increased value should go to the person who helped build the wealth.

Other families define fair as doing what it takes to keep the farm operation successful. If that's mom and dad's goal, off-farm heirs may only receive a discounted value of their share of the farm, or a smaller portion of mom and dad's assets. How is that fair? Dave Lubben, who raises corn, soybeans and hay and has a cow-calf operation with his son, daughter and son-in-law, gave this example: "Let's say the off-farm child makes $65,000 to $70,000 per year. The on-farm child makes only $30,000 in wages but receives $35,000 to $40,000 in farm corporate stock for 'sweat equity.' They wind up with a bigger share of the farm."

And, Lubben, added, farmland that isn't sold is only worth what it can produce. "Just because a broker says it's worth $15,000 per acre doesn't mean it's worth that much if it is never sold," Lubben noted.

Another farmer going through a difficult estate settlement with his family agreed fair does not mean equal. "Did the off-farm heir wake up at 4 (o'clock) in the morning to load hogs and get rammed against the panel by an ornery hog? There are risks on the farm that you don't get compensated for along the way. And, if it went the other way, would they feel 'entitled' to help pay off a farm debt of $2 million to $3 million?"

Emotions run high on this issue. "Once a family figures out that it's not about 'equal,' the tension goes away," said consultant Hojer. "Up until that point, they have this internal battle going on about how can they keep the farm together and equally compensate the off-farm heir."

And there are other things to consider when treating heirs fairly but not equally, said Hojer, such as if an heir has special needs or there are mental health issues, substance abuse or spendthrift tendencies.

"I haven't met a parent yet who doesn't want to enhance the lives of all their children," Hojer noted. "People are on a mission to find peace and purpose to their life. It's a journey," said Hojer. Setting up and communicating a succession and estate plan can help maintain that peace and purpose into the next generation. 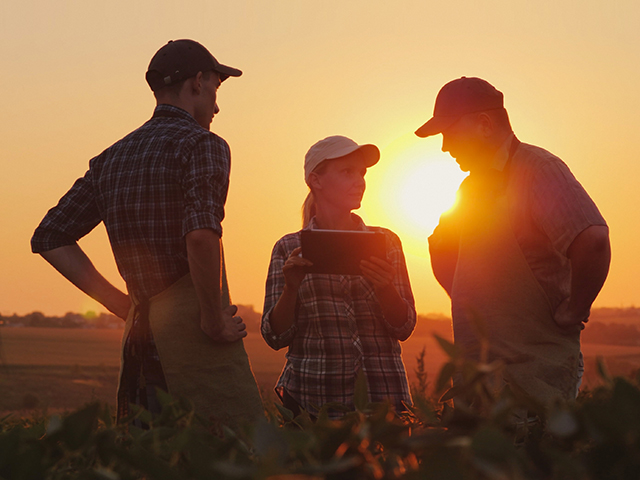