Texas landowners had an unexpected victory recently in their state Supreme Court, giving them more power in future valuation negotiations over their condemned property.

Attorney Brian McLaughlin, based at Midland, Texas, closely follows the issue of condemnation, also known as eminent domain. His roles include private counselor, as well as chairman of the Texas & Southwestern Cattle Raisers Association's Property Rights and Tax Committee, and its Legal Advisory Committee. He spoke to DTN about the Texas Supreme Court's opinion in Hlavinka v. HSC Pipeline P'ship, released May 27, calling it "a huge victory for landowners" there.

"I'm curious to see how this will be received by those who condemn land, because it shifts the advantage away from the pipeline companies and to the landowners in these negotiations," he said of the ruling's impact.

Justice Jane Bland delivered the opinion of the Texas Supreme Court on the Hlavinka case, which first made its way through the trial court and then through the Court of Appeals for the First District of Texas.

There were several issues put before the court, but the one that has landowners encouraged today was how the court viewed valuation of a condemned property easement. Here the difference was huge between what the landowners said the easement was worth (about $3.3 million) and what the pipeline company wanted to set the price at (just over $23,000).

In remanding the case back to the trial court, Justice Bland wrote: "A condemnation should not be a windfall for a landowner. Nor should it be a windfall for a private condemnor. A condemnor must pay a fair price for the value of the land taken. Evidence of recent fair market sales to secure easements running across the property that precede the taking are admissible to establish the property's highest and best use, and its market value, at the time of the taking."

McLaughlin, who is familiar with the court documents in the case, explained that the Hlavinkas had negotiated for, and been paid for, two private pipelines prior to a condemnation by HSC for a pipeline easement. Those earlier negotiations were not eminent domain cases. HSC said the value paid under those third-party agreements was not admissible as evidence as to the value of the condemned easement they wanted to take, but the Supreme Court disagreed.

The Texas attorney hopes that moving forward, this ruling can help landowners who often have to deal with land brokerage companies he says are often rude, arrogant and treat them poorly where condemnations are sought.

"When a landowner is sued, they live and breathe that suit every day, moment to moment. It wears on them and it's a financial drain. And at the end, even if they win, they are not allowed to recover attorney fees, so they can be out a lot of money," McLaughlin said. He added there is a lot of inequity in the way condemnations have been handled over the years, and it's something he has seen firsthand with his own family's ranch.

"These companies come in and they leave a scar on the land," he said. "This is a personal issue to me. After they damage your land, they don't have to pay to restore it because that valuation is capped at the market value of the land. It isn't anywhere close to the cost of the damages they can do. In our case, for example, a lakebed was damaged to the point that it won't hold water anymore."

HOW HLAVINKA GOT TO THE SUPREME COURT

The Hlavinka case was first appealed on several issues. Included was whether HSC Pipeline was a "common carrier," as defined by Texas law, and whether the product their pipeline would carry, propylene, was an oil product. There was also the issue of whether HSC could prove the pipeline was for public use, and lastly whether the trial court had erred when it refused to allow Terrance Hlavinka, one of the plaintiffs, to testify as to the market value of the condemned land.

As for value of the land, the Appeals Court noted that compensation for land taken by eminent domain is measured by the market value of the land at the time of its taking. The court pointed out that this does not require expert testimony, but rather that a landowner can testify as to the value of the property -- as the Hlavinkas attempted to do in the trial court.

The Appeals Court said: "The object of the inquiry is always to find the fair market value of the property; an appraisal method is valid only if it produces an amount that a willing buyer would actually pay a willing seller." That price should be at the land's "highest and best use."

HSC said the highest and best use of the condemned easement was as agricultural/recreational or rural/recreational land. The Hlavinkas had, however, specifically purchased the land in 2001, for the purpose of selling pipeline easements, due to its unique location near the Texas Gulf Coast, directly between refinery and industrial centers in Texas City and the Oyster Creek and Freeport areas.

At the time of HSC's condemnation of the easement across the property, there were 25 pipelines across the acreage. In addition, Terry Hlavinka, who was not allowed to testify at the trial court, had been negotiating pipeline easements and oil and gas leases for more than 30 years at the time of trial. He planned to use the two previous sales of pipeline easements across the property as comparables, reporting a value in acres and in "rods" -- a common measurement for pipelines. A rod is a linear measure, void of width, of 16.5 feet in length.

Hlavinka's testimony would have placed the value of HSC's condemned easement at $3.3 million. HSC, however, valued the easement at just $23,326. It was roughly 6 acres in total size.

The Appeals Court found that Hlavinka's use of a price per rod factor in determining the easement's value was not improper and that his overall valuation testimony was relevant.

The Appeals Court said, "He used comparable sales to support his opinions regarding the fair market value of the easement" and that the trial court abused its discretion by not allowing the testimony.

It was on this point, and the others noted above, that the case went to the Texas Supreme Court for a final decision.

On the legislative side, five bills were approved last year in Texas that will affect eminent domain issues in the state: HB 2730, HB 4107, SB 721, SB 725 and SB 726. All five bills were signed by the governor and are now in effect. Briefly, those bills include the following (to read the bill, click on the provided link):

-- HB 2730 creates what is known as the "Landowner's Bill of Rights" in Texas. It outlines the process that all condemning authorities must follow and the landowner's rights. https://capitol.texas.gov/…

-- HB 4107 provides rules for common carrier pipeline entities exercising eminent domain power, including the notice and indemnification they are required to provide the property owner. https://capitol.texas.gov/…

-- SB 721 requires entities with eminent domain power to disclose to the property owner any and all current and existing appraisal reports produced or acquired by the entity that relate specifically to the owner's property and were used in determining the entity's opinion of the value. https://capitol.texas.gov/…

-- SB 725 requires a condemning entity to pay any additional taxes/expenses if a subject property with an agricultural tax exemption loses that tax exemption due solely to the condemnation. https://capitol.texas.gov/…

-- SB 726 requires a condemning entity to complete at least three actions (it had been two) to show "actual progress" on a condemned property. https://capitol.texas.gov/…

Editor's Note: Attempts to reach parties in this case to discuss the Texas Supreme Court's opinion were not successful. State laws vary regarding the rules of condemnation. Talk to a knowledgeable land law attorney in your state to learn more about your rights as a landowner. 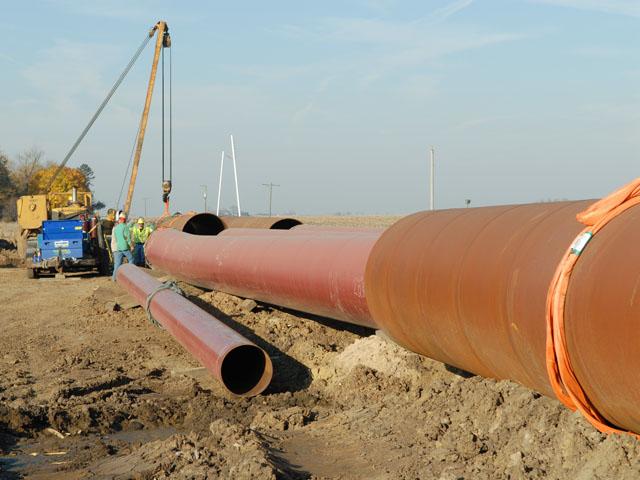