OMAHA (DTN) -- Whether USDA can force farmers in federal farm programs to waive constitutional rights to challenge wetlands determinations soon may be answered by a federal court.

Summary judgment is entered by a court for one party and against another without a full trial. Summary judgments may be issued on the merits of an entire case or on discrete issues.

The Natural Resource Conservation Service's refusal to reconsider Foster's wetland determination based on new information is a final agency action subject to review, Foster's attorneys argued in a court brief filed in the U.S. District Court for the District of South Dakota.

"If NRCS's refusal to accept review is not final agency action, then defendants are unlawfully withholding agency action," the brief said.

"Swampbuster imposes an unambiguous statutory requirement that NRCS accept a producer's request to review an existing wetland certification. Foster merely asks this court to order NRCS to accept the review, not direct 'how it shall act' on the review.

According to Swampbuster regulations, a final wetland certification remains valid and in effect as long as the land is devoted to an agricultural use or until the person affected by the certification requests a review.

"That Foster complied with the agency's requests for new information further demonstrates his right to a review of the 2011 certification," Foster's attorneys said in the brief.

Foster filed requests for review of a wetland determination on his Minot County, South Dakota, farm in 2017 and 2020.

According to Foster's attorneys, in response to his 2017 request for review, NRCS asked Foster to "supply additional information" not previously considered by NRCS. Although the statute does not require a producer to submit new information with a review request, Foster complied.

"Defendants now argue that Foster did not comply with the agency's request because the newly created data relates to the hydrology of the pool," Foster's attorneys argue.

"But in 2017, the agency did not ask for a new argument unrelated to hydrology. The agency asked for new information and Foster provided new information. Defendants now argue that Foster did not comply with the agency's request because the newly created data relates to the hydrology of the pool."

Foster alleges in a lawsuit the NRCS unlawfully refused to reconsider a wetlands determination when he presented new evidence in 2020 that may have proven the land in question was not a wetland.

PUDDLE IN A FIELD

Foster sued NRCS in May 2021, as for more than a decade he has fought a determination that a puddle in the middle of one of his fields is a wetland. As it stands, if Foster decided to farm the land in question, he would be ineligible for farm programs.

In November 2021, USDA asked the court to either grant summary judgment in its favor or dismiss the case outright.

Foster's brief said based on USDA's new standard, a producer would "never be able to get a review of a certification, even with advancements in technology or better understanding of wetlands science.

"In fact, defendants' argument goes against NRCS's own practice. Based on advancements in scientific understanding, the agency continually updates its standards for determining wetland hydrology."

"To comply with the regulations, plaintiffs must point to 'a natural event (that) alters the topography or hydrology of the subject land to the extent that the final certification is no longer a reliable indication of site conditions,'" USDA said, or Foster would need to present "new information and argument" to show the 2011 determination was in error.

"While it is true that plaintiffs and other producers may initiate a request for review of a wetland certification, and that when a proper request is granted the existing certification is rescinded, USDA has limited review to circumstances where a producer presents something new that would suggest an error in the certification."

Foster presented to NRCS new evidence in 2020 that showed a tree belt installed on his farm by his father in 1936 is what has caused massive snow piles in the field. The yearly spring melt has created a perpetual puddle.

The agency declined to update its 2011 determination. Because he's unable to drain water from the land, Foster hasn't been able to farm the ground consistently.

USDA attorneys have argued Foster has not pursued all administrative remedies prior to filing the lawsuit.

Under Swampbuster Act provisions, Foster is allowed to farm the land but cannot drain water from the site because it is deemed to be a wetland.

Because of the determination Foster would be ineligible for farm programs if he drained the standing water to plant crops.

According to Foster's lawsuit, a mud puddle on his ground does not dry out at the same pace as surrounding fields because it receives additional snow melt from a tree belt. In about half of those years, the mud puddle dries out soon enough that its soil also is dry enough to support the use of farm equipment.

Foster's technical report to USDA in 2020 as part of a requested review of the 2011 certification demonstrates the mud puddle was created "incidentally to the development of the tree belt and is therefore an 'artificial wetland,'" Foster's lawsuit said.

That information was not available to Foster or USDA ahead of the 2011 wetland certification. 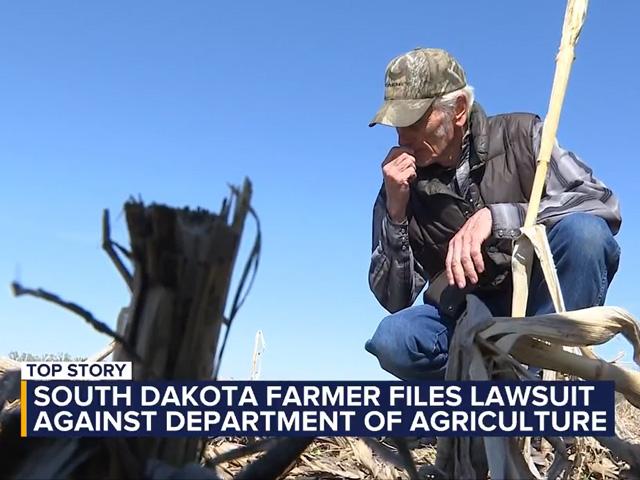