LINCOLN, Neb. (DTN) -- The EPA is pressing state environmental regulators to expand the number of so-called pollution diets to reduce nutrient runoff in rivers and other water bodies and to expand the adoption of numeric nutrient standards, according to an agency memorandum sent to state officials this week.

The EPA is also calling for more collaboration with agriculture and other stakeholders at the state level to "re-energize" reduction efforts.

"There are more than 26,000 water bodies with nutrient-related impairments still on state lists of impaired waters that do not yet have a TMDL," EPA Assistant Administrator Radhika Fox said in the letter.

"Many completed TMDLs have not been fully implemented. EPA has strongly advocated for states, territories, and authorized tribes to adopt numeric nutrient criteria into their water quality standards since the publication of the national strategy for the development of regional nutrient criteria in 1998, but many states have not yet done so."

In the past decade, agriculture interest groups have fought EPA's efforts to expand the number of TMDLs used across the country, especially when it comes to numeric standards. Ag groups have argued the best way to reduce nutrient runoff is through voluntary conservation measures adopted at the farm level. Environmental groups, however, point to the need to require farms to reduce runoff and meet certain pollution thresholds.

Ag interest groups have fought EPA in court to prevent the use of TMDLs.

In September 2013, a district court ruled EPA had the authority to set strict numeric nutrient standards and farm groups failed to prove EPA's decision to set TMDLs in the Chesapeake Bay was either arbitrary or capricious.

The ag groups argued farmers operating in the Chesapeake Bay shoulder the brunt of responsibility in cutting nutrient runoff through expensive conservation efforts and other means and that state governments have the primary authority to improve water quality.

"Office of water expects that states will either adopt numeric nutrient criteria into their water quality standards or commit to use numeric targets to implement applicable narrative criteria statements."

The memo calls nutrient pollution a "continuing and growing challenge with profound implications for public health, water quality, and the economy."

Fox said nutrients from farm fields are the "most widespread stressor" affecting rivers and streams. More specifically, 58% of the nation's rivers and streams and 45% of lakes have "excess levels of phosphorus," she said. In addition, about two-thirds of coastal areas and more than one-third of estuaries are "impaired by nutrients." 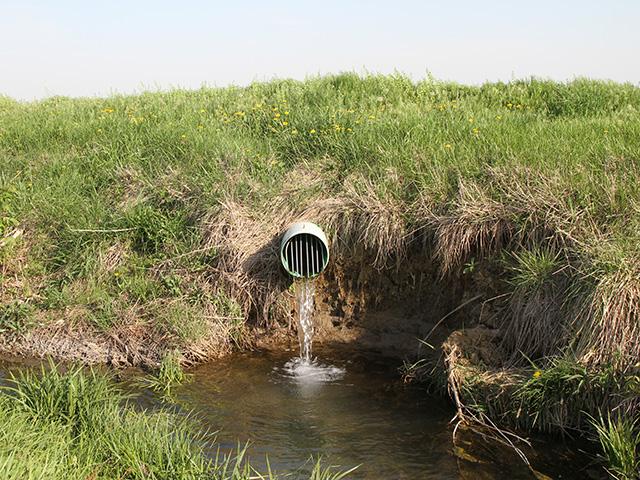