LINCOLN, Neb. (DTN) -- Witnesses testifying before the House Agriculture Committee on Tuesday said although commodity prices are much higher for many farmers, so are input costs, and the 2023 farm bill should better reflect those realities.

With the effects of the ongoing war in the Ukraine yet to be fully realized by U.S. farmers, the committee began work on the next farm bill with a hearing that included nine witnesses representing major commodity groups.

The rising cost of crop inputs -- in particular fertilizer -- was at the top of the list of concerns many groups presented to the committee.

Witnesses outlined just how large the rise in fertilizer prices looms on agriculture's horizon and how farm programs will need to reflect that reality.

"Specifically, fertilizer prices have soared to record levels," he said, "and several companies have unfortunately made a bad situation worse for growers by applying for tariffs to be applied to imports of phosphate and nitrogen fertilizers, respectively. NCGA and our state affiliates continue to focus on addressing high input costs, including direct requests that the companies voluntarily withdraw their tariff petitions."

Several agriculture interest groups, including NCGA, challenged the ITC's decision in the U.S. Court of International Trade in a case that's ongoing.

Rep. Austin Scott, R-Ga., said he's concerned about a single company such as Mosaic controlling a large segment of fertilizer production in the U.S.

"Full-year revenues up 42%," Scott said about Mosaic's financials. "Stronger pricing more than offset volumes gross margin, up to 100% adjusted earnings before income tax, a fiscal-year record up 129%. And I think that what Americans need to realize is the monopolization of the inputs in our food supply to our farmers is what's leading to the majority of the discussion right here. The input costs are going up faster than the markets can absorb them, and it's leading to a tremendous amount of food price increases."

Edgington said NCGA has been pushing back on fertilizer companies' tariff pursuits, with the hopes the company would withdraw.

"Our pushback on Mosaic or CF Industries on nitrogen fertilizer has been a surprise to them because we've never pushed back before," he said.

"Mosaic has had tremendous profits. Now they have reasons that they tell us as to why they were competing against foreign countries subsidizing their fertilizer, and that's what they did. They represent about 55% of the phosphate rock inside of the United States, but they represent 80% of the DAP that we are applying to our fields. And so, when you have that type of control over the majority of the market, there becomes a lot of discussion around the profits that they're making."

During the height of the China trade war in 2018, he said, U.S. soybeans stopped flowing to the Chinese market during the peak export period that fall.

Based on farmer surveys at ASA, Doyle said, producers say soybeans have an insufficient reference price on which ARC and PLC benefits are calculated.

In addition, he said soybeans have a low level of base acres, the historic acreage on which ARC and PLC benefits are calculated relative to planted acres.

Doyle said farmers want to see an increase in the soybean reference price and to provide an option to update base acres.

USDA's Economic Research Service estimated the trade war cost soybean farmers $37 more per acre in 2018 to produce than was received from the sale of the crop and $74 more in 2019.

"Factors well outside farmers' control structurally shifted, collapsing much of the demand for U.S. soybeans. Despite a large drop in the price producers were receiving, which resulted in negative margins, the reference price for determining Title I benefits was set at such a low point that PLC payments never triggered."

"While some of these 34.5 million soybean acres may have been corn or wheat base, for example, farmers' concerns are very real and important to share with you," Doyle said.

Edgington said corn farmers had a similar experience from the trade war. The PLC program did not trigger payments for corn farmers in 2020, he said.

"We support the continued ability for producers to choose between programs, instead of being locked into a five-year irreversible decision," Edgington told the committee.

"Because of the combined conditions of low rice prices and accelerating input costs, rice farmers are in trouble," she said. "Important steps can and should be taken to shore up the nation's rice farm families in the near term even before the next farm bill."

Alapaha, Georgia, cotton farmer Jaclyn Ford told the committee most producers in her industry are expecting a 25% to 40% increase in production costs largely from higher fertilizer and pesticides costs.

"An effective safety net for producers must consist of two key components: first, an effective commodity policy that provides either price or revenue protection for prolonged periods of low prices and depressed market conditions," she said. "Secondly, a strong and fully accessible suite of crop insurance products that producers can purchase and tailor to their risk-management needs."

Nicole Berg, a Paterson, Washington, farmer and vice president of the National Association of Wheat Growers, told the committee wheat growers sustained "massive" financial losses from 2014 to 2018 and that farm programs have been "crucial" in keeping farmers in operation.

"The important thing to remember is that good times in the farming economy rarely last," she said.

"Removing essential pieces of the farming safety net can have disastrous consequences when the economy inevitably takes a downturn. Therefore, the high prices brought on these last two years will not last forever, and it is important that Congress maintain a strong safety net in place given the cyclical nature of the farm economy." 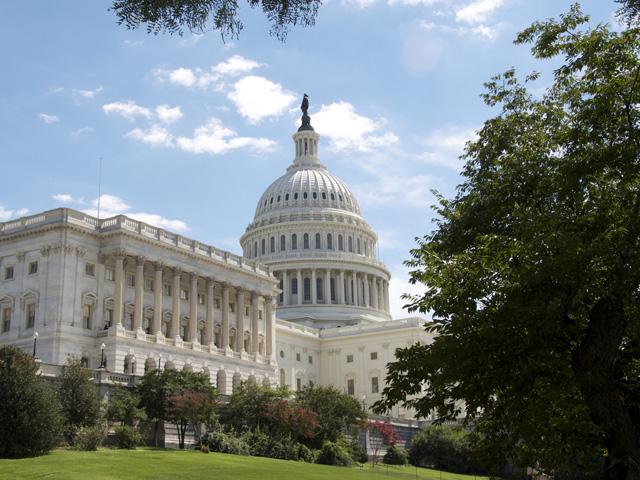