LINCOLN, Neb. (DTN) -- An attorney representing small-refining interests told a Senate committee on Wednesday that if EPA finalizes a proposal to reject all remaining small-refinery exemption requests to the Renewable Fuel Standard, small refineries likely will go out of business.

On Dec. 7, 2021, the agency released a proposal to deny more than 60 pending exemption petitions filed between 2016 and 2021. The proposal was put forward as part of a broader RFS package.

The Senate Environment and Public Works committee held its first hearing on the RFS since 2016, and lawmakers got an earful about the small-refinery exemptions program.

"I spent the entirety of my 30-year career representing the petroleum-refining industry, and particularly small refineries," said LeAnn Johnson Koch, an attorney with Perkins Coie LLP.

Koch said if EPA finalizes the proposal, small refineries -- defined by EPA as those producing 75,000 barrels or less per day -- would be scrambling to the renewable identification numbers, or RINs, market all at once. Obligated parties to the RFS can either blend biofuels with petroleum or buy RIN credits to comply.

"They now intend to deny them retroactively, causing small refineries to enter the market to buy RINs at their near-record highs," Koch said.

Sen. Tom Carper, D-Del., chairman of the EPW committee, said the volatility in compliance costs for refiners has been challenging for the RFS program.

"Years of mismanagement under the previous administration, coupled with the unexpected changes in both fuel supply and demand caused by the pandemic have collectively wreaked havoc on the compliance markets, known as the RIN market," he said.

"The huge price swings in RIN costs from 30 cents to almost $2 per gallon of renewable fuel in less than two years have created financial uncertainty for just about everybody, especially those who are required to comply with the Renewable Fuel Standard. That, in turn, has made it extremely difficult for obligated parties to make investments in producing cleaner fuels."

Republican Sen. Shelley Moore Capito, ranking member on the committee from West Virginia, said the rising costs to comply with the RFS come at a bad time.

In particular, Capito said the EPA's proposal to raise RFS volumes in 2022 was a concern.

"I'm concerned that this volume obligation is going to raise costs at a time where gasoline is at its high in and of itself, impacting American consumers in the economy," she said.

"Second, also in December, EPA also announced a proposal to deny all pending small-refinery exemptions, which provide critical relief to small refineries experiencing financial hardship that is imposed by the RFS program. This action runs counter to the congressional intent."

Growth Energy CEO Emily Skor said since 2013, the RFS has "consistently been undermined" through the abuse of waivers, small-refinery exemptions, and compliance deadline extensions.

"Most of these administrative actions have been to appease the unfounded claims of a select few looking to subvert the RFS, slowing progress on carbon reductions," she said.

"Don't be fooled -- the RFS does not harm refiners. Three administrations and the courts have affirmed this. Claims to the contrary are just a smokescreen to divert attention away from available and affordable American energy."

Although the refining industry often points to RFS compliance costs as a reason for higher gasoline prices, Iowa Republican Sen. Joni Ernst said it has more to do with the price of crude oil.

"I think a point our members are trying to make today is the cost of fuel is because of the RFS," Ernst said. "It's not. It's about the price of oil. So, I reject that. So, we've had the RFS for a number of years, and the reason we have is because Congress asked for the RFS to be established so that we could reduce our greenhouse gas emissions. Folks across the Midwest, our farmers, our producers, responded to the call to Congress, and they developed systems that produce clean, reliable energy sources."

Between 2008 and 2020, Ernst said, the RFS saved nearly 1 billion metric tons of carbon dioxide, and it's "only getting cleaner."

"Folks, the RFS is the law, and refiners have had over 15 years to come into compliance," Ernst said.

"Blend renewable fuels or buy RINs -- it's your choice," Ernst said. "Any claim that RIN prices are increasing gas prices is a bunch of hogwash. Refiners claim they need exemptions because RINs cost them money, but the last three administrations have said RIN prices do not cause harm to refiners. As much as the Biden administration dreams of an all-electric world, the reality is liquid fuels are here to stay."

Lucian Pugliaresi, president of the Energy Policy Research Foundation Inc., told the committee the assumptions were "wrong" in 2007 when the second RFS became law.

"In fact, it declined dramatically," he told the committee. "And this made it more difficult to incorporate biofuels because when biofuels become a large percentage of the gasoline pool, the costs rise. We informed the committee that there was a certain price risk to the program, that if you try to drive these biofuels by mandates above 10% of the gasoline pool, the compliance costs escalate."

Renewable Fuels Association President and CEO Geoff Cooper said in written testimony that in addition to decreasing reliance on imported fossil fuels, the RFS also has played a part in cleaning up the environment and creating economic opportunities.

"In addition to decreasing reliance on imported petroleum, the RFS has reduced emissions of harmful tailpipe pollutants and greenhouse gases, lowered consumer fuel prices, supported hundreds of thousands of jobs in rural America, and boosted the agricultural economy by adding value to the crops produced by our nation's farmers," he said in written testimony.

"And far from 'distorting the free market' as RFS opponents often claim, the policy has been remarkably effective in stimulating market competition and giving consumers more choices." 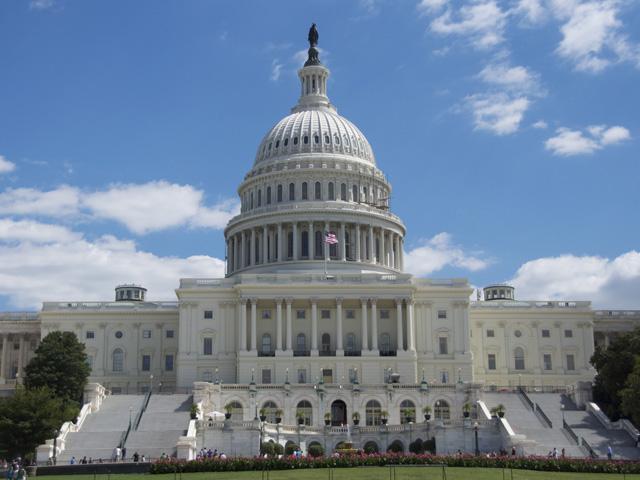