LINCOLN, Neb. (DTN) -- With just three years to go for states in the Chesapeake Bay to have all practices and controls in place to reduce nutrient runoff, farms in the region have made progress in improving water quality but are expected to come up far short in meeting the goals by 2025.

As is the case for most nutrient-reduction strategies across the country, states in the Chesapeake Bay have fallen woefully short on providing funding and expertise to farmers who want to expand conservation practices.

Farms that have been able to implement new conservation practices have seen results, according to a white paper released by the Chesapeake Bay Foundation on Tuesday.

A multi-year CBF study of farms in the watershed that converted conventional farmland to rotationally grazed pasture, for example, saw an average reduction of 42% for net greenhouse gas emissions and average reductions of 63%, 67% and 47% for nitrogen, phosphorus and sediment pollution, respectively.

"Additionally, many of these practices help farmers cut costs and make their farms more resilient to environmental and economic shocks by increasing yields, reducing the need for costly inputs like fertilizers and pesticides, and buffering the impacts of extreme weather," the CBF said in the paper.

Case studies of watershed farms that adopted reduced tilling and no-till, cover crops and nutrient management found that row-crop farmers improved their bottom lines by an average of $37 per acre, per year.

There is a wide disparity between states, however, in how far they've come in achieving nutrient-reduction goals by 2025.

"Up-front costs and a shortage of technical experts to assist with implementation create barriers for many farmers who want to adopt conservation practices, including forest buffers," the CBF said in the white paper.

"While some bay states and the federal government offer cost-share programs and assistance, historical funding levels are not nearly enough to meet the need, and bureaucratic obstacles have left key programs languishing. Significant increases in USDA conservation funding to support buffer implementation will be critical to meet the 2025 requirements."

In Pennsylvania alone, the agricultural funding need between now and 2025 is about $3 billion and "data indicate the state isn't getting its fair share of federal conservation dollars," the report said.

The U.S. Governmental Accountability Office in 2017 said Pennsylvania is "shortchanged" by about $20 million annually by the Environmental Quality Incentives Program -- a cost-sharing program for conservation practices -- "because the money is allocated based more on historical funding amounts than conservation needs."

NO AG FUNDING IN PENNSYLVANIA

In addition, unlike Virginia and Maryland, Pennsylvania does not have a state agricultural cost-share program to provide resources to its farmers.

Beth McGee, director of science and agricultural policy at Chesapeake Bay Foundation, said during a press call that EPA has Clean Water Act authority in the 2010 total maximum daily load, or TMDL, to enforce the so-called pollution diet on large ag pollution emitters that have CWA permits.

"There is a provision that would allow smaller animal feeding operations to be permitted under certain conditions," McGee said.

The white paper points to the need for expanded adoption of conservation practices across the watershed, as about 80% of the remaining pollution reductions will need to come from agriculture.

"There is acute need in the Chesapeake Bay watershed to adopt these farming practices on a much larger scale," the report said.

"Collectively, the six bay states, and especially Pennsylvania, are far behind schedule in meeting the pollution reductions required by the Chesapeake Clean Water Blueprint. These reductions in nitrogen, phosphorus and sediment pollution are needed to remove the bay from the federal 'dirty waters' list. With less than four years until the blueprint's 2025 deadline, providing more financial and technical support to help farmers implement conservation practices, especially forest buffers, is essential to meet the requirements on time."

Bay states committed to implementing 190,500 acres of forest buffers by 2025. Such a feat would remove more than 173,000 metric tons of carbon dioxide annually, the report said.

"The U.S. Department of Agriculture should establish the Chesapeake Resilient Farms Initiative, which would direct additional federal dollars to the watershed, particularly to Pennsylvania. USDA must also reinvigorate the federal Conservation Reserve Enhancement Program and accelerate forest buffer plantings by allowing states to take advantage of new improvements included in the 2018 Farm Bill, updating cost-share rates to ensure farmers are adequately compensated, and administering the program efficiently and effectively."

The CBF points to several case studies conducted by the American Farmland Trust, showing row-crop farmers in New York, Illinois and California improved their bottom lines by an average of $37 per acre per year. On average, farmers received nearly $3 back for every dollar they invested in conservation practices.

CBF conducted a multi-year study of soil health changes in the watershed from converting conventional farms to rotational grazing.

"The average reduction of greenhouse gas emissions across all farms was 42%, due to a combination of increased carbon storage in the soil and lower emissions of nitrous oxide from reductions in fertilizer/manure use," according to the white paper. 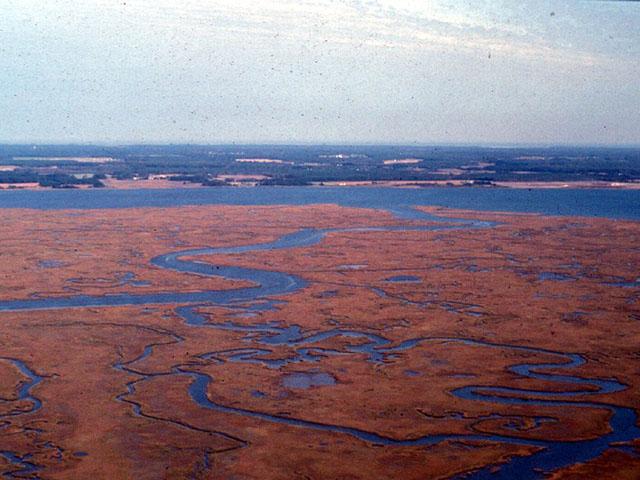