LINCOLN, Neb. (DTN) -- Farmland values were much higher in 2021 and are expected to bolster the agriculture economy in the coming year, according to separate reports on credit surveys conducted by the Kansas City and Chicago Federal Reserve banks.

The two Federal Reserve regions encompass most of the Corn Belt including most of Illinois, Indiana, Michigan, Wisconsin and all of Iowa in the Chicago region; Nebraska, Kansas, Colorado, Oklahoma, Wyoming, 43 counties in western Missouri and 14 counties in New Mexico are in the Kansas City region.

Bankers in both regions said farmland values continued to increase through the end of 2021. In the Kansas City district, the Federal Reserve said the value of all types of farmland was more than 20% higher than one year ago, according to 154 banks that responded to a survey.

Bankers responding to the KC survey expressed concern about the speedy increase in farm values.

"Looking ahead, most bankers expected further increases in farmland values during the next year," the KC fed said in its report.

In the Chicago Federal Reserve district, agriculture land values were 22% higher than one year ago -- an increase not seen in the district since 2011, according to 147 agricultural bankers who responded to a January survey.

According to the Chicago survey, 56% of the respondents expected farmland values to rise from January through March, while 43% expected them to remain the same.

Both Federal Reserve banks reported improving credit conditions in agriculture through the end of 2021.

The Chicago fed reported just 0.8% of agricultural borrowers were unlikely to qualify for operating credit in 2022 after qualifying in the previous year.

"In the final quarter of 2021, repayment rates for non-real-estate farm loans were again higher than a year ago, plus loan renewals and extensions were lower than a year ago," the Chicago fed said in its report.

"Both of these indicators of farm credit conditions were better than a year earlier in each of the five most recent quarters."

The KC fed pointed to strength in the agricultural economy as supportive of farm income and borrower liquidity through the end of 2021.

The KC survey found profit opportunities for farmers remained "strong" alongside elevated commodity prices, and "both farm income and borrower liquidity increased from a year ago at a pace similar to recent quarters." The KC fed said farm finances were expected to remain strong in the coming months but improve at a slower pace.

"Similar to recent quarters, nearly half of respondents reported that farm-loan repayment rates were higher than a year ago and only a fraction reported repayment was slower. Demand for farm loans was nearly unchanged from a year ago throughout the region but, alongside the recent rise in production expenses, demand was expected to increase in coming months."

Both Federal Reserve banks indicated a continued rise in input costs including fertilizer, would continue to be a concern throughout 2022.

"The share of the district farm-loan portfolio assessed as having 'major' or 'severe' repayment problems was 2.1% in the fourth quarter of 2021," the Chicago fed said, "lower than the share reported in any final quarter since that of 2012.

In the KC region, the Federal Reserve survey found an increase in farmland sales as land prices increased.

About 45% of bankers surveyed reported the volume of farmland sales was higher than a year ago -- the largest share since 2012.

"Some contacts suggested that potential changes in tax policy led to an increase in sales," the KC fed said in the report.

"Nevertheless, a similar boom in sales also occurred during the last period of strong agricultural conditions from 2010 to 2012. Despite a higher volume of sales, farmers accounted for a smaller share of the total farmland purchased in the District. Farmers still accounted for more than 70% of farmland purchases in 2021, but unlike the prior period of strengthening farm income immediately after 2010, the share of land purchased by farmers declined slightly.

"The modest pullback in purchasing activity from farmers alongside broad strength in the agricultural economy suggests strong interest in farmland from non-farmers and outside investors."

In the Chicago district, the fed said although the number of problems with ag loans receded from the previous year, 90% of banks surveyed said they kept their credit standards for farm loans "essentially the same in the fourth quarter of 2021."

One year ago, there was roughly a 50-50 split between banks tightening and easing credit standards.

"Likewise, 99% of responding bankers noted their banks did not change the amounts of collateral required for customers to qualify for non-real-estate farm loans during the final quarter of 2021 relative to a year ago, though 1% noted their banks required smaller amounts," the Chicago fed said in its report. 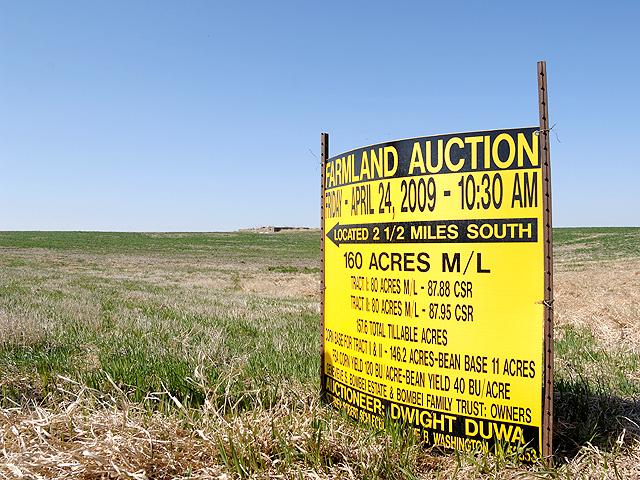