LINCOLN, Neb. (DTN) -- Though the Build Back Better Act remains stalled in Congress, the top Republican on the House Agriculture Committee questioned Wednesday whether USDA would be ready to dole out what would be a dramatic increase in conservation funds if the bill eventually passed.

The House Agriculture Subcommittee on Conservation and Forestry held a hearing looking at the state of conservation programs, questioning the head of the Natural Resources Conservation Service and administrator of the Farm Service Agency about how the agencies would respond.

The legislation includes a $27.1 billion increase for USDA conservation programs across 10 years. Among the conservation details, a provision in the bill would pay farmers $25 an acre to grow cover crops.

In 2021 alone, the department hired 1,141 employees. Even then, there continues to be a much higher demand to enroll in conservation programs than there are dollars available.

That being said, Cosby said the Build Back Better Act would provide farmers with much-needed resources for conservation.

"That money is almost equal to a doubling of funding for the current farm bill conservation programs," Thompson said. "A significant portion of the funding is backloaded in the last two years of the bill. Do you believe that the department has the ability to get that money out the door? So, what would that plan look like?"

Cosby said the agency continues to undertake an "aggressive hiring strategy" just to implement the programs at their current sizes.

"Last year, we were able to bring on a lot of employees," Cosby said.

Thompson said he's already heard frustrations from farmers who would like to see conservation dollars get "out the door" under the current scenario.

"I appreciate your leadership and appreciate the men and women who work at USDA, but what would you have me say to the farmers as I interact with them? I want them to bring their voices to the 2023 farm bill process," he said.

Cosby said his department would be ready if more federal conservation dollars are made available.

The Biden administration has indicated previously the climate-smart conservation provisions in the bill would reach as many as 130 million acres.

The Congressional Budget Office pegged the overall agricultural provisions in the bill at $81.7 billion during the next decade. The bill would spend roughly $27.1 billion on conservation with funds divvied up among the major farm-bill programs. The funds would primarily pay farmers to increase climate-smart practices on their farms that sequester carbon and lower greenhouse emissions.

"The agency continues to utilize our existing programs and funding to ensure that farmers across the country have the tools they need to respond to the climate crisis," Cosby said.

"That being said, our programs remain oversubscribed, with demand for climate-smart agriculture practices and programs well exceeding available funding."

Rep. Abigail Spanberger, D-Va., the chairwoman of the subcommittee, credited NRCS for its work on climate-smart agriculture. She also called on her fellow House members to follow the Senate's lead and pass the Growing Climate Solutions Act. The bill, which would establish a carbon-credit certification program at USDA, passed the Senate 92-8 last summer. Spanberger noted the bill is backed by a long list of agricultural groups, some environmental groups and Fortune 500 companies.

"It's long past time that the House follow suit and do the right thing for our farmers, rural America and our planet," Spanberger said. 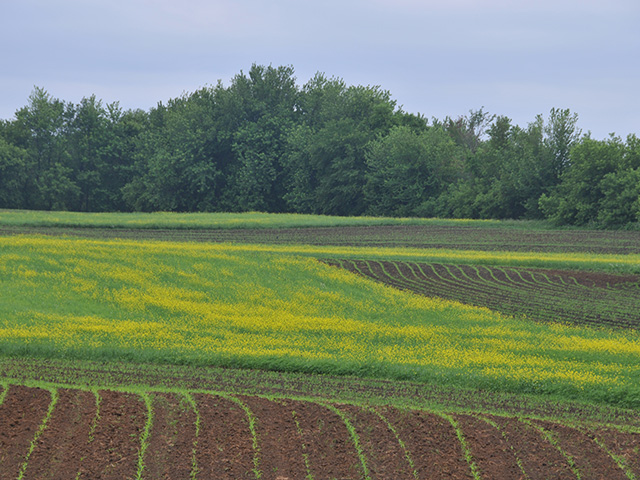