Foster's lawsuit alleges the agency unlawfully refused to reconsider a wetlands determination when he presented new evidence in 2020 that may have proven the land in question was not a wetland.

For years, USDA has maintained that a puddle in the middle of one of Foster's fields is a wetland.

Foster filed a motion for summary judgment this week with the U.S. District Court for the District of South Dakota. Summary judgement is entered by a court for one party and against another without a full trial. Summary judgments may be issued on the merits of an entire case or on discrete issues.

In November, USDA asked the court to either grant summary judgement in its favor or dismiss the case outright.

Foster presented the evidence to USDA in April 2020, but the agency declined to update its 2011 determination. Because he's unable to drain water from the land, Foster hasn't been to farm the ground consistently.

Under Swampbuster Act provisions, Foster is allowed to farm the land but cannot drain water from the site because it is deemed to be a wetland.

"Under Swampbuster's terms, the 2011 certification 'remains valid and in effect as long as the area is devoted to an agricultural use or until such time as the person affected by the certification requests review of the certification by the secretary,'" Foster's Pacific Legal Foundation attorneys said in a memorandum supporting his latest motion.

"In other words, under 'the plain language of the statute any person subsequently affected by an existing wetland determination may invalidate the existing certification by requesting review of the certification by the secretary. There is no jurisdictional bar to this court enforcing Swampbuster's language and holding that defendants must review the 2011 certification."

Because of the determination that the field is a wetland, Foster would not be eligible for farm programs if he made changes to the land to drain the standing water.

According to the lawsuit, Foster's mud puddle does not dry out at the same pace as surrounding fields because it receives additional snow melt from a tree belt. In about half of those years, the mud puddle dries out soon enough that its soil also is dry enough to support the use of farm equipment.

Foster's lawsuit alleges the Swampbuster Act is unconstitutional because it "regulates every wetland in the United States of America, however small, however ephemeral, and however distant or unconnected from any other water body, so long as it is on a farm."

Foster previously argued unsuccessfully in court that the Natural Resources Conservation Service deprived him of his rights by deeming his land was similar to a known wetland 33 miles away. 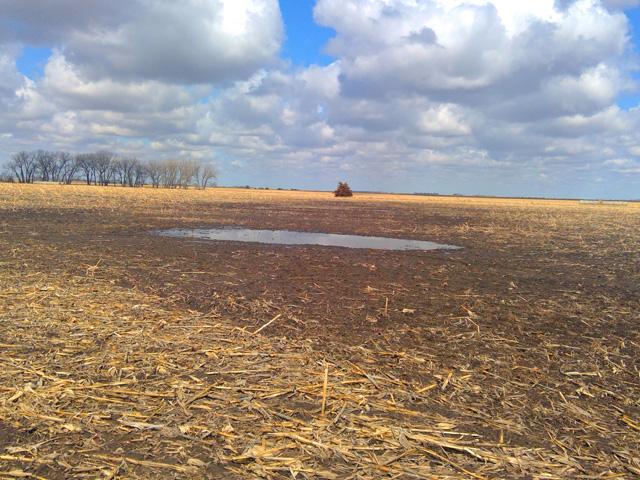