LINCOLN, Neb. (DTN) -- A Chinese national and former employee of Monsanto Co. and The Climate Corp. pleaded guilty Thursday to committing economic espionage, according to the Department of Justice, after he was caught stealing trade secrets from Monsanto to benefit the People's Republic of China.

Xiang Haitao, 44, a former researcher for both companies, entered a guilty plea this week in federal court.

Haitao was formally indicted in November 2019 by a grand jury in the U.S. District Court for the District of Eastern Missouri more than two years after he was arrested trying to leave the U.S. for China in June 2017. He was caught boarding a plane with trade-secret technology copied onto a micro-SD card.

According to court documents, Haitao was employed by Monsanto and its subsidiary, The Climate Corp., from 2008 to 2017, where he worked as an imaging scientist.

The companies developed a digital online farming software platform that was used by farmers to collect, store and visualize critical agricultural field data and increase and improve agricultural productivity. A critical component to the platform was a proprietary algorithm referred to as the Nutrient Optimizer. The companies considered the Nutrient Optimizer to be a valuable trade secret and their intellectual property. The digital tool is sold both in the U.S. and internationally.

In June 2017, the day after resigning from the companies, Haitao attempted to travel to China on a one-way airplane ticket, according to the DOJ.

While waiting to board a flight, federal officials conducted a search of Haitao's person and baggage. Investigators later determined one of his electronic devices contained copies of the Nutrient Optimizer. Xiang continued on to China where he worked for the Chinese Academy of Science's Institute of Soil Science. He was arrested upon his return to the U.S.

He is scheduled to be sentenced on April 7.

According to the indictment, at some point Haitao began sending information about his work to people in China.

From at least June 2015 until June 10, 2017, while working for The Climate Corp., he began communicating about his work with people within the Chinese government about potential jobs at the Chinese Academy of Sciences Nanjing Institute of Soil Science. He was then recruited by the Hundred Talents Program, the indictment states.

Haitao then allegedly traveled in both the U.S. and China, talking about his knowledge and skills. From March 2014 until June 2017, he also "copied, duplicated, transmitted and downloaded the Nutrient Optimizer from Monsanto systems."

In February 2016, Haitao had several communications with recruiters from the Chinese talent program and officially applied. In describing his talents and abilities, he stated he could do things that could only happen by duplicating the Nutrient Optimizer and its digital platform, the indictment states.

In what might have been his undoing, the indictment also states Xiang conducted some Google searches on a Monsanto computer looking for information on ways to avoid intellectual property theft being used as "evidence."

Starting in April 2016 and running through at least November that year, he traveled again to China to interview for a position at the Nanjing Institute of Soil Science and was considered a candidate for a job there. Through May of 2017, he communicated back and forth with people located in China about his possible job, compensation, benefits and research he would conduct. 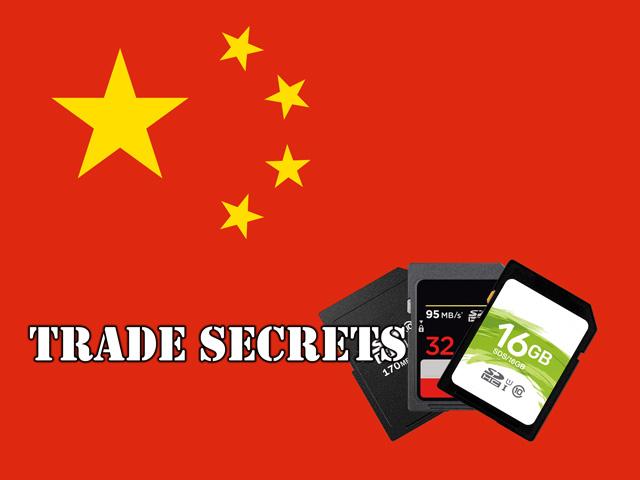