LINCOLN, Neb. (DTN) -- Though largely supportive of EPA's latest Renewable Fuel Standard proposal, biofuels and agriculture groups on Tuesday called on the agency to drop a proposal to retroactively cut the 2020 volumes.

The Biden administration in December announced proposed cuts to the RFS, the rejection of all pending small-refinery exemptions and the approval of federal aid to biofuel producers hurt by the COVID-19 economic shutdown.

EPA held a virtual public hearing on Tuesday about its proposed blend volumes.

"I must say this very action makes the proposal to reopen the finalized 2020 RFS rule all the more difficult to swallow," he said during the public hearing. Shaw expressed support for EPA's plan to reinstate 500 million gallons illegally waived in 2016.

"On one hand, the proposed rule restores the integrity of the RFS law itself. On the other hand, the proposal would leave the annual RFS rules on shifting sand, unable to be trusted."

Shaw asked how would he and others know if the proposed blend volumes going forward are credible if they could be reopened in a year or two by EPA. "The RFS levels could be reduced, citing reset or some other authority. If I can have no confidence in the finalized 2020 rule, why should I put any confidence in the proposed 2022 numbers?" Shaw asked.

Iowa farmer Chris Edgington, president of the National Corn Growers Association, said while corn growers were encouraged by the 2022 proposal, the 2020 retroactive cuts would create confusion in commodity and biofuels markets.

"RFS obligations already self-adjust for declines in fuel consumption, as occurred in 2020. Even if the EPA believes there should be some corrections needed, the 2020 and 2021 proposals cut far beyond actual numbers," Edgington said.

He added, "Corn farmers produce low-carbon feedstock for low-carbon ethanol, offering immediate and affordable emission reductions and a vital pathway for agriculture to help address climate change. But our success helping you meet these commitments depends on EPA sending a clear and firm message that the requirements will be enforced."

Rick Schwarck, CEO of Absolute Energy LLC in St. Ansgar, Iowa, told EPA the RFS has been a "key component" of his plant's success since it opened in February 2008.

Reopening the 2020 volumes, Schwarck said, would set a "dangerous precedent" and reverse the "EPA's long-held position" that it does not have "authority to retroactively adjust" previously set RFS standards. The 12.5-billion-gallon level proposed by EPA for 2020 also is lower than actual ethanol usage. Schwarck noted the blend volumes had "self-corrected" to account for lower gasoline and diesel usage caused by the pandemic.

"The 15-million-gallon requirement had already self-corrected to about 13.2 billion gallons due to COVID. If it's not broke, don't fix it," Schwarck said.

"If finalized, greenhouse gas emissions are going to increase by 10.3 million metric tons, the equivalent of 2.1 million passenger cars," he said.

As part of the latest RFS proposal the EPA cited reduced gasoline demand from the COVID-19 shutdown for reopening the 2020 volumes.

OTHER OPTIONS FOR AGENCY

Geoff Cooper, CEO and president of the Renewable Fuels Association, said the agency has other ways of accounting for reduced gasoline demand in a given year.

"While we understand EPA has a statutory obligation to consider resetting future RFS volumes when certain thresholds are met, it does not appear that Congress intended for EPA to use its reset authority for the purpose of retroactively addressing unforeseen market anomalies like COVID or weather-related disasters," Cooper told the agency.

Instead, he said Congress gave the agency other waiver authorities to address such events.

"Notwithstanding our concerns about EPA's potential misuse of its reset authority, the proposed conventional renewable fuel requirement of just 13.32 billion gallons for 2021 is far below 'actual use,'" Cooper said.

The U.S. Energy Information Administration's latest data show 13.73 billion gallons of corn ethanol were consumed domestically in 2021. According to EPA data, through November net generation of conventional RINs was on pace for more than 14.1 billion gallons in 2021.

Cooper said the latest data "justify a much higher conventional renewable fuel requirement" for 2021. In addition, he said retroactively cutting 2020 volumes would set a dangerous precedent, echoing what Schwarck had said.

Ethanol producers, farmers, fuel retailers and others in the ethanol market already made investments in response to 2020 volumes, Cooper said.

"EPA has repeatedly stated that Congress did not provide a means for correcting the percentage standards after November to ensure that the applicable volumes of renewable fuel are exactly met in a given compliance year," he said.

"RFA believes the proposal to revise the 2020 RVO should be eliminated from the upcoming final rule and obligated parties should be required to comply with the 2020 standards that were finalized in 2019."

Growth Energy CEO Emily Skor told EPA the latest proposal has "some serious flaws" that need to be addressed.

"The proposed retroactive cuts to 2020 exceed EPA's legal authority and negatively impact the entire agriculture and fuel supply chains," she said during the hearing.

Growth Energy asked EPA to leave 2020 volumes as finalized in place, set the conventional 2021 and 2022 volumes in line with the RFS statute, and "finalize the rulemaking as expeditiously as possible."

A number of refining interests testified in opposition to EPA's proposal to increase RFS volumes in 2022, citing rising prices for renewable identification numbers, or RINs, as a threat to refiners.

Scott Hayes, health, safety, environmental and government affairs manager at Toledo Refining Company, said his company has seen rising RINs costs from $120 million in 2019 to $325 million in 2020. And during the first three quarters of 2021, he said, that amount jumped to $650 million.

EPA has stated publicly its own analysis finds refiners' RINs costs generally are passed on to consumers at the pump. Small refiners that don't have blending facilities, however, are unable to recapture those costs.

"So, we have to buy these credits on a manipulated marketplace," Hayes said.

"It's not transparent, often from Wall Street speculators or large multinationals who we compete with, ... (it's) just not sustainable and that could put thousands of good-paying jobs at risk and disrupt supply chains and cause consumer price hikes. So, it's very important to us, it's very important to the country that we get this right."

"Independent refiners are paying more for RINs than all other operating costs combined," Hayes said.

"It just doesn't make sense. Various estimates also note that the RFS is adding between 15 and 30 cents per gallon and consumer fuel costs. So, we've fervently asked EPA to reduce the 2022 volume requirement by over a billion gallons and the final rule so the ethanol requirement is no greater than 13.8 billion gallons."

NO GUARANTEE OF BLENDING

Brian Jennings, CEO of the American Coalition for Ethanol, told EPA the flexibility given to refiners doesn't guarantee ethanol and other biofuels are actually blended.

"EPA's ongoing obsession with maximum compliance flexibility for refiners means carryover RINs can be used to meet future obligations instead of physical blending of E15 and higher blends," Jennings said.

"In other words, leaving refiners to their own devices does not guarantee that 15 billion gallons of low-carbon ethanol and other renewable fuels will be used in 2022. Finally, despite the fact that the RFS is the only tool at EPA disposal today to replace petroleum with low-carbon alternatives, the agency's proposal stunningly neglects to emphasize the role of grain- based ethanol can play in helping meet the administration's decarbonization goals."

A number of representatives from the National Biodiesel Board also testified on Tuesday, expressing concern about 2020 cuts and the opening of a public-comment period that includes the agency's proposed denial of all pending small-refinery exemptions.

"Today's proposal -- while positive for future years' growth -- continues to undermine the industry and bow to the pressures of the refiners," said David Cobb, NBB's director of federal affairs.

"The fact that this proposed rule opens another comment period for SREs just adds additional delays in finalizing a rule that is already late." 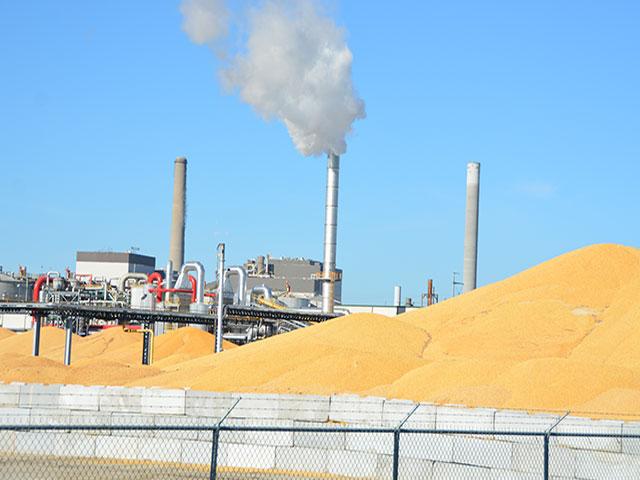