LINCOLN, Neb. (DTN) -- EPA is asking the Supreme Court to reject a petition by Idaho property owners Michael and Chantell Sackett to determine the standard for which the agency can make waters of the U.S. determinations.

In a brief filed at the end of November, EPA told the Supreme Court that lower courts have affirmed the validity of the use of the so-called "significant-nexus" standard.

The agency also said the court should not take the case before EPA finishes its current rulemaking changes to redefine waters of the U.S.

The Sacketts' battle over an EPA wetland determination started when they bought a small parcel of land in 2005 with the intent to build a home in Priest Lake, Idaho.

In their petition filed with the Supreme Court, the Sacketts asked the court to reconsider a ruling it issued in 2006 in Rapanos v. United States. In Rapanos, the Supreme Court held the Clean Water Act does not regulate all wetlands. However, the court offered no opinion explaining why.

A plurality opinion authored by the late Justice Antonin Scalia and joined by three other justices argued only wetlands with a continuous surface-water connection to regulated waters can be regulated.

The EPA has indicated in its latest rulemaking to return to pre-2015 definitions, it is reimplementing the "significant nexus" test.

"Petitioners urge that the CWA should instead be construed to cover only those wetlands that have a 'continuous surface water connection' to other covered waters," EPA said in a brief filed with the Supreme Court.

"On that approach, the agencies would lack authority to protect wetlands separated from a navigable river by a small dune or other natural barrier, even if overwhelming scientific evidence showed that the wetlands significantly affect the river's 'chemical, physical, and biological integrity.' The act requires the agencies to make complex, policy-laden judgments about the extent to which wetlands should be treated as 'the waters of the United States.' Those decisions can be controversial and are subject to the vagaries of litigation. But, contrary to petitioners' suggestion, the agencies' past experience does not indicate that they are incapable of adopting durable rules in this area."

The agency told the court there was no reason to accept the petition because, "EPA has withdrawn the administrative compliance order that was the original subject of petitioners' challenge, and the agency has disclaimed any intent to revive that order."

EPA said that after it promulgates a new WOTUS definition, "The court will be in a better position to evaluate the extent and significance of any dispute about the application of the CWA to wetlands like these -- i.e., wetlands that are only a short distance from a tributary of a traditional navigable water, but that are separated from the tributary by an artificial barrier."

In a response filed with the court, the Sacketts, who are represented by the Pacific Legal Foundation, said the Supreme Court could provide regulatory relief to many other property owners.

"Adoption of the Rapanos plurality test to govern wetlands jurisdiction would provide full relief to the Sacketts as well as similarly situated landowners throughout the country," the Sacketts said in their brief.

"There is no surface-water connection from the Sacketts' property to any alleged jurisdictional water."

The Sacketts said the proposed new rule to return to pre-2015 WOTUS definitions would "not resolve the dispute" presented in their petition.

The significant-nexus test was one of the hallmarks of the 2015 WOTUS rule challenged by agriculture interests and eventually taken off the books by the Trump administration.

"That is the very same framework, according to which EPA issued the compliance order challenged in this case," the Sacketts said in the brief.

"Hence, holding off review to allow EPA's rulemaking to play out would do nothing to sharpen the issues or avoid the dispute raised by the Sacketts' petition." 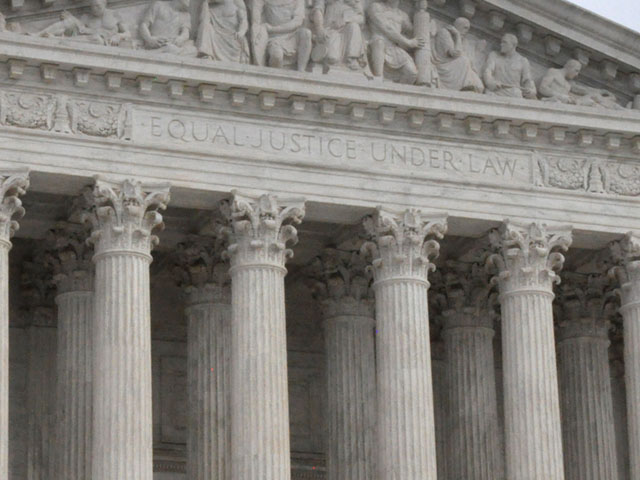