OMAHA (DTN) -- Farmers and their implement dealers will likely see the supply lines for John Deere equipment begin to smooth out after union workers and Deere & Co. announced an end to a month-long strike on Wednesday.

Deere & Co. and members of the United Automobile, Aerospace and Agricultural Implement Workers of America (UAW) reached an agreement on a six-year labor contract. The agreement covers more than 10,000 workers at 14 Deere facilities across the country.

"I'm pleased our highly skilled employees are back to work building and supporting the industry-leading products which make our customers more profitable and sustainable," said John C. May, chairman and CEO for Deere. "John Deere's success depends on the success of our people. Through our new collective bargaining agreements, we're giving employees the opportunity to earn wages and benefits that are the best in our industries and are groundbreaking in many ways. We have faith that, in return, our employees will find new and better ways to improve our competitiveness and transform the way our customers do their work. Together, our future is bright."

Deere employees voted to strike Oct. 14, the first strike against the company since 1986. That strike, in the midst of the farm crisis, lasted 163 days and came after Deere was laying off employees. The financial terms this time were different as Deere has reported strong sales for its machinery and had projected net income as high as $5.8 billion for 2021.

With the country's current need for workers and supply-chain breakdowns, the Deere strike drew a lot of attention. The country's unemployment rate is 4.6% but employers nationally are facing a shortage of workers that has driven up wages over the past year and also sparked other unions to strike.

For farmers and machinery dealers, the strike had raised concerns about one more potential supply chain shortage that was increasing prices for parts and used equipment as well. The end of the strike should ease some concerns for producers looking to invest in new machinery.

After rejecting earlier proposals from Deere, UAW workers voted on Wednesday 61% to 39% to ratify the agreement, which includes a $8,500 signing bonus and a 20% increase in wages over the lifetime of the six-year contract, including a 10% wage increase this year. UAW stated the deal included a return to cost-of-living adjustments; three 3% lump sum payments; enhanced options for retirement and increased performance benefits. Healthcare also remains the same for the life of the agreement.

"UAW John Deere members did not just unite themselves, they seemed to unite the nation in a struggle for fairness in the workplace. We could not be more proud of these UAW members and their families," said UAW President Ray Curry.

Not every UAW local voted to support the deal. In Waterloo, Iowa, for instance, workers there voted 44% to 56% on Wednesday to reject the deal. Waterloo is Deere's largest union facility.

UAW locals notified workers on Wednesday that they needed to be prepared to report to work for their shifts starting at 7 a.m. on Thursday.

The strike centered around Iowa with roughly 7,000 of the workers tied to plants in five cities around the state. A poll released over the weekend by the Des Moines Register showed roughly 58% of Iowans sided with the striking workers while 16% of those who responded backed Deere. Another 19% were unsure of their position and 7% said they did not support either side.

"Our members stood together and did not waiver," said Ron McInroy, a local UAW Region 4 director. "Members and their families put a lot on the line for these gains and the community support was overwhelming. I'd like to thank the John Deere members, their families, their leaders and our bargaining team for standing firm and achieving these important gains." 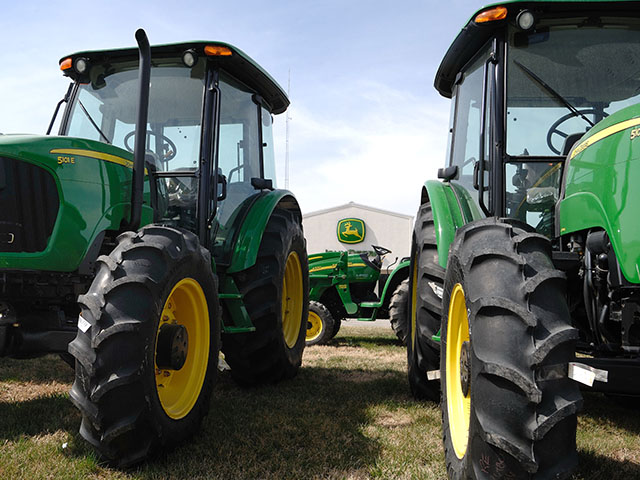