LINCOLN, Neb. (DTN) -- With the Biden administration reportedly weighing a possible cut in Renewable Fuel Standard (RFS) volumes as a way to curb rising gasoline prices, ethanol industry leaders continue to make the case ethanol is part of the solution and not part of the problem.

Refining interests have been making the case with the Biden administration that cutting the RFS would be a way to reduce gas prices. EPA, however, is way past the deadline to issue volume proposals for 2021 and 2022, leaving the ethanol industry questioning its future under the RFS.

During a hearing of the House Committee on Agriculture Subcommittee on Commodity Exchanges, Energy, and Credit on Tuesday, Growth Energy CEO Emily Skor said the industry is waiting to see whether the Biden administration will support the RFS.

"The first real test of the administration's commitment to follow through on many of Mr. Biden's comments stated on the campaign trail is with renewable volume obligations," Skor told the committee.

"We have yet to see those we are anxiously awaiting. That's going to be the really the first test to show that they are committed to low-carbon renewable fuels that can be used in our current auto fleet."

Skor said the ethanol industry continues to try to bounce back from last year's economic shutdown because of COVID-19 and is finding it difficult to fully recover.

"We absolutely need some certainty and stability and clarity in terms of the marketplace opportunities," she said. "This is required not only for us to get fully back on our feet, but for then in turn for us to have the capital investment required to continue R&D so we can continue to decarbonize our fuel."

ETHANOL NOT TO BLAME

Also, on Monday, Renewable Fuels Association President and CEO Geoff Cooper said in a letter to the National Economic Council that any suggestion ethanol is to blame for higher gasoline prices is untrue.

"While we share your goal of ensuring fuel remains affordable for American consumers, we were shocked to learn that one of the potential actions reportedly being discussed by the White House is 'relaxing mandates to mix gasoline with biofuels,'" Cooper said in a letter to NEC Director Brian Deese.

"To be clear, lowering biofuel blending requirements under the Renewable Fuel Standard would not reduce the cost of gasoline for American households. In fact, cutting RFS volumes would most assuredly have the exact opposite effect on consumer gas prices. Reducing the domestic usage of low-cost renewable fuels like ethanol would increase demand for petroleum at a time when global oil inventories are already strained and prices are at seven-year highs."

Cooper said that rather than "undermining the market" for biofuels, "We encourage you to follow through on the president's Day 1 pledge to 'double down on the liquid fuels of the future.'"

The idea of cutting RFS volumes comes at a time when the Biden administration is making a massive push to cut carbon emissions from the transportation and other sectors of the economy.

Skor told the committee there would be "no path to net-zero emissions by 2050" without biofuels.

"Even accounting for the projected growth of electric vehicles, the Energy Information Administration indicates that the vast majority of cars on the road through 2050 will run on liquid fuels," she said.

"Higher blends of low-carbon ethanol can be used in our current auto fleet to accelerate our transition to a 100% renewable energy future. Put simply, America cannot decarbonize the transportation sector without homegrown biofuels. To meet the rising demands for renewable energy, we must first have a strong and thriving rural economy and biofuels industry. At a minimum, that means the Biden administration and Congress must ensure that biofuels are part of our transportation mix now and into the future."

Skor said it was "critical" for ethanol producers and suppliers that EPA "immediately" propose 15 billion gallons of conventional biofuels for 2021 and 2022.

"The Biden administration simply cannot meet its climate goals while rolling back low-carbon biofuel blending requirements," she said. "We ask that the committee help deliver this message to the administration."

Gary Wheeler, executive director and CEO of the Missouri Soybean Association, Missouri Soybean Merchandising Council, and the Foundation for Soy Innovation, told the committee EPA's lack of action on the RFS has hurt rural America.

"Failure to update these volume obligations has created uncertainty in the biofuels market, which directly impacts biofuel producers and has a negative downstream effect on growers," Wheeler said.

"Without action on RVOs, the administration is missing a prime opportunity to promote lower-carbon fuel options for consumers and continues to stymie biofuels industry growth due to a lack of certainty in federal support." 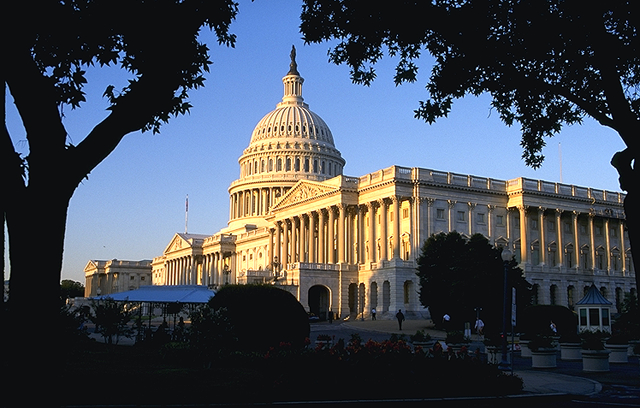