The lawsuit, filed this week in U.S. District Court for the District of Nebraska, details how Green Plains believes ADM used the futures market to lower ethanol prices and hurt GP's bottom line.

"This case is not a class action," he said. "It asserts injuries only to the Green Plains plants. This case asserts a single legal claim for tortious interference with contractual relations, and particularly the contract related to the Chicago benchmark and how ADM allegedly impacted those contracts."

Unlike the previous lawsuit, Domina said, Green Plains this time is not seeking antitrust damages or non-economic damages.

"It contends that ADM conduct at the marketplace impacts the contracts between Green Plains and other parties in a way that is designed and intended to have an adverse impact on pricing and to force the market to move artificially in response to feigned supply signals or demand signals," he said.

In August 2021, a federal court in Illinois dismissed a Green Plains lawsuit that argued the same claims. The court ruled the company did not have standing to sue under the Commodity Exchange Act.

"ADM was aware of these valid contractual relationships of plaintiffs that were tied to the pricing benchmarks," the lawsuit said, pointing to the period from November 2017 through at least September 2019 as the time of the alleged manipulation.

"During the relevant time period, from November 2017 through at least September 2019, ADM routinely acquired financial derivative contracts that went up in value if the price for ethanol at the Argo terminal went down," the lawsuit said.

"Finally, ADM needed to gain enough leverage to turn its own physical ethanol losses at the Argo Terminal (and associated losses on its plant production), into financial wins at NYMEX and CBOT, which it did by acquiring short-sided speculative derivative contracts at an unprecedented scale and then targeting the terminal and pricing mechanism used to determine the price of those derivative contracts," the lawsuit said.

"ADM caused the contractual relations of plaintiffs that were tied to the pricing benchmarks to be less profitable, which made their performance more expensive."

"As a physical producer of ethanol, ADM should want stable or rising prices so that its physical sales would earn a profit," the lawsuit said.

"However, because of the disproportionate size of its derivative financial position, ADM manipulated prices to fall so that its financial derivatives would earn a profit. Instead, ADM sacrificed its profits on physical sales in order to leverage even larger profits on its derivatives contracts." 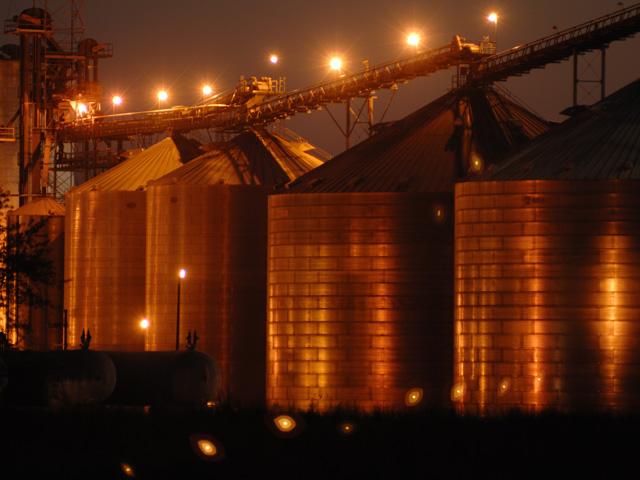