LINCOLN, Neb. (DTN) -- With silence coming from the Biden administration for more than a month on the Renewable Fuel Standard, a group of U.S. Republican senators asked the administration for a meeting at the White House to discuss biofuels policy.

The ethanol industry has been for more than a month riding a wave of press reports and rumors about possible cuts to the RFS reportedly coming from Biden's EPA. The industry awaits the release of RFS volumes proposals for 2021 and 2022, and potentially retroactive cuts to the 2020 volumes.

On Tuesday, a group of nine senators representing ethanol-producing states asked Biden for a meeting in an attempt to catch and perhaps bend the administration's ear on biofuels policy.

"We have seen reports that your administration has consulted with representatives of the oil and gas industry to address mounting energy concerns," the senators said in the letter on Tuesday.

"We do not write to discourage the expansion of domestic oil and gas extraction, including on federal lands. Rather, we encourage the development of these national resources that drove America's recent energy dominance, propelled economic growth and insulated consumers from the bullying of international oil cartels. However, we strongly caution against attacks that misconstrue the Renewable Fuel Standard as the source of America's rising energy prices or seek to exploit global influences to undermine the American biofuels industry."

During a Tuesday morning press call with agricultural journalists, Sen. Charles Grassley, R-Iowa, one of the nine senators sending the letter, said perhaps the administration's delay in releasing RFS proposals is a good sign.

"Something was going to happen very destructive to ethanol," he said.

"We heard it was going to happen on a Friday and then we got back on a Monday it hadn't happened. Now, I don't know how many times we've heard rumors, but we don't have anything with any certainty. And maybe, maybe those of us that have been hounding the White House on this point, and maybe I would give Democrat senators credit because Republican voices aren't heard as loud at the White House as Democrats. And maybe they've made an impact on the White House of how serious these rumors were, and how devastating it would be if the rumors were true."

The letter to Biden comes a day after a group of six members of the House of Representatives introduced a bill to repeal the RFS.

The same group of senators requested a meeting at the White House back in July.

"Like you, we want all Americans to have access to affordable and reliable sources of energy, including transportation and winter heating fuel. This requires an all-the-above energy strategy that equally leverages responsible resource development and innovation. American biofuels represent both, and as we outlined in our previous letter, they hold the proven ability to provide consumers broad choices for cleaner and more affordable energy."

The lawmakers point to the need to expand E15 availability in light of a recent appeals court decision that vacated EPA's rule that allowed year-round sales.

"As we wrote, ethanol has 46% lower lifecycle emissions than conventional gasoline, with increasingly efficient agriculture and advancements in fuel technology striving to achieve a 70% reduction by 2030 and a net-zero fuel in the coming decades," the senators said.

"Additionally, higher blends of ethanol will expand consumer choice and lessen the volume of conventional fuel needed for each vehicle, easing the ongoing supply constraint while also generating more -- and thus reduce the price of -- RINs (renewable identification numbers), the RFS compliance credits."

The lawmakers said it was "most pressing" for the Biden administration to set "robust renewable volume obligations, which will help restore the integrity of the RFS in accordance with congressional intent, and to not undercut the blending targets with subsequent small-refinery exemptions.

"Similarly, the administration must not backtrack on previous blending targets, which by statute are already responsive to fluctuations in fuel consumption."

The senators said the administration should "take immediate action" to promote biofuels in domestic and foreign markets, beginning by carbon scoring and comparing all energy sources using the latest science.

"The benefits of expanded biofuel use do not stop at the water's edge, and we are encouraged to see countries like India recognize the potential that higher blends of ethanol hold to meet energy needs and environmental goals," the letter said.

"This not only suggests a promising export market for American farmers and biofuel producers but underscores how biofuels can be leveraged immediately to reduce transportation emissions without overhauling the entire electric grid," the senators said.

"Mr. President, biofuels are a readily available energy solution that deserve full consideration -- not only for helping to stem the recent increase in fuel prices, which has subsequently accelerated inflation -- but to serve as a foundational source of transportation emission reductions as part of your energy and environmental agenda."

Brian Jennings, CEO of the American Coalition for Ethanol, said achieving net-zero emissions by 2050 will be "more attainable if we start making progress right now with low-carbon ethanol, and we join these senators in calling on the president to give biofuels his full consideration." 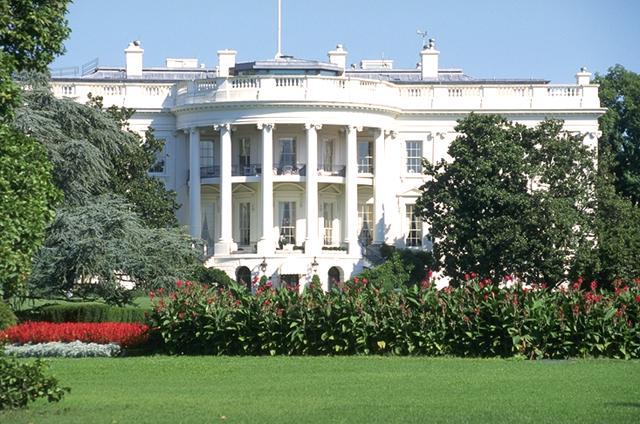