The U.S. Court of Appeals for the District of Columbia Circuit said in its 19-page opinion on a case brought by refining interests that the so-called Reid-vapor pressure waiver rule that opened the door to E10 sales originally does not apply to E15 even though the Trump administration declared the two blends to be substantially similar fuels. The Reid vapor pressure waiver is a measure of the volatility of gasoline.

The ruling will not affect E15 year-round sales for the 2021 driving season.

"Because only E10 had received a waiver at that time, EPA's exemption effectively applied only to fuels containing between 9% and 10% ethanol," the court said in its opinion.

DTN Lead Analyst Todd Hultman said the corn market did, in part, react to the court's ruling. December corn was down 5 1/2 cents per bushel on Friday.

"Friday's court ruling turned back the clock on the rules pertaining to E15 and may show up as a loss of ethanol demand, starting in June 2022," Hultman said.

"I think it is fair to say Friday's lower corn prices were influenced, in part, by Friday's ruling. In terms of market psychology, the ruling likely also revived recent bearish concerns that the White House may be considering a way to ease the renewable fuels mandates for refiners -- concerns that may or may not be accurate."

Original restrictions on the sale of E15 were based on concerns about ozone pollution.

It's the second legal setback for the biofuels industry in as many weeks. Last week, the U.S. Supreme Court sided with refiners in a case over small-refinery exemptions. Before Friday's E15 ruling, ethanol groups were focused on how to curb the impact of the High Court's ruling on refinery exemptions. Read more about the Supreme Court ruling's impact here: https://www.dtnpf.com/….

In a joint statement following Friday's ruling, the Renewable Fuels Association, Growth Energy and the National Corn Growers Association -- groups that intervened on behalf of EPA in a lawsuit brought by the American Fuel and Petrochemical Manufacturers -- said they were concerned the court's ruling could affect E15 sales this summer.

"We disagree with the court's decision to reject EPA's move to expand the RVP waiver to include E15, a decision that could deprive American drivers of lower-carbon options at the pump and would result in more carbon in the atmosphere," the biofuel groups said.

"We are working to ensure the continuity of E15 sales through the 2021 summer season and beyond. This decision could impact summertime sales across all non-RFG areas where nearly two-thirds of retail sites offering E15 currently do business. If E15 in those markets were to end, summertime E15 sales would fall by 90%."

The groups said they are pursuing "all available options" ahead of the 2022 driving season.

"Every legal, regulatory and legislative option will be pursued to reverse this decision," he said in a statement.

"We are confident that as this issue continues to work its way through the legal and regulatory process, E15 sales during this summer's driving season will not be impacted. The key will be to find a solution by June of 2022 to ensure the rug is not pulled out from under fuel retailers across the country who have added E15 to their stations, banking on the certainty EPA provided to offer the fuel all year."

Back in May 2020, the American Fuel and Petrochemical Manufacturers challenged EPA's action. The group argued that E15 is not a fuel substantially similar to E10, that the Reid vapor pressure waiver does not apply to blends higher than E10, and that the agency did not have the authority to "reopen" E15 waivers it granted for use in vehicles 2001 and newer. 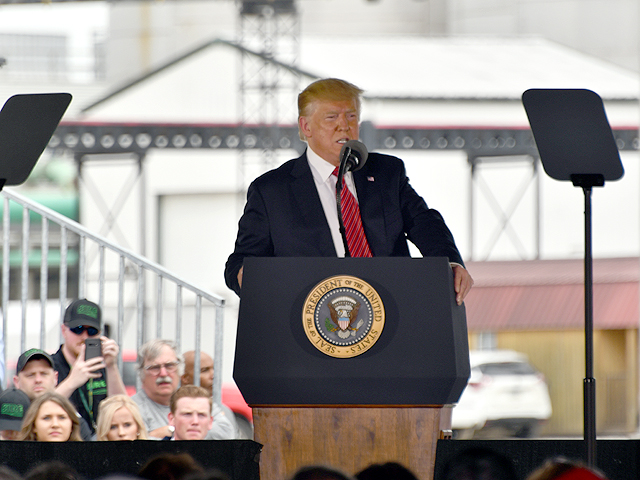