PENDLETON, Ind. (DTN) -- Guy Schafer always wanted to be a farmer but never envisioned himself owning land. Now, he's in the process of buying his first piece of ground, 48 acres with a mix of tillable ground and conservation forest.

The 45-year-old farmer never thought he'd be farming in Pendleton, Indiana. Until three years ago, he saw himself working at Lamb Farms, in Lebanon, Indiana until he retired. Now, he runs around 3,200 acres of waxy corn and seed beans with his father-in-law and will take over the business someday.

"I thought I'd been duped," Schafer says as he laughs. He worked for the farm part-time through college and then in construction for a few years until the farm had a full-time position available.

The soaking wet spring of 2019 -- one of the farm's worst growing seasons -- gave him a lesson in the inner workings of crop insurance. In a dramatic reversal, the farm had one of its best growing seasons in 2020, and it gave him his first taste of grain marketing.

Another family member -- Schafer's 13-year-old son, Henry -- is also working for the farm this year, mowing ditches just like his dad.

TEPAP begins accepting applications in July for its next program, which runs from Jan. 8 to 15, 2022. Visit https://tepap.tamu.edu/… to learn more, including how you can apply for one of DTN's scholarships. 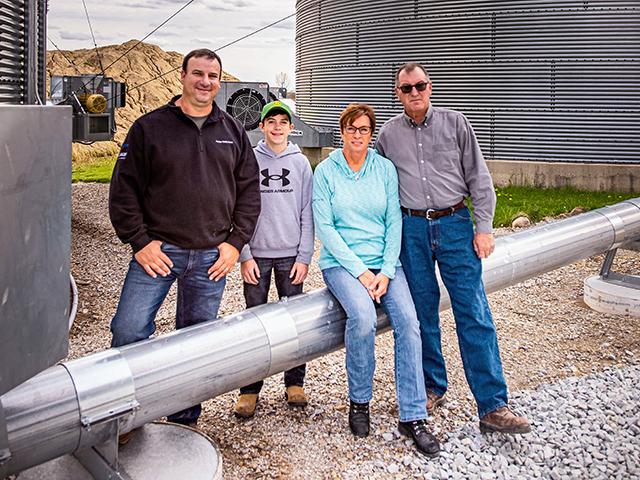