MT. JULIET, Tenn. (DTN) -- The U.S. Justice Department intervened in a large sale of grain elevators from one company to another, citing concerns about the impact on cash grain market competition.

More than a year later, the DOJ said Zen-Noh must divest nine elevators along the Mississippi River and its tributaries in order to maintain a competitive environment for farmers to sell their grain. A potential buyer, Viserion Grain, has already been lined up, although other buyers may be considered.

"Without this comprehensive divestiture, many American farmers would have faced lower prices for the corn and soybeans they produce. The divestiture of these assets protects vital competition in our nation's agricultural industry," said Acting Assistant Attorney General Richard Powers of the Justice Department's Antitrust Division in a press release.

The DOJ's complaint said the acquisition would result in overlapping draw areas of elevators in five states -- Arkansas, Illinois, Iowa, Louisiana and Missouri -- where farmers would see less competition for their grain without the required divestitures.

Zen-Noh Grain is headquartered in Covington, Louisiana, and operates an export terminal in nearby Convent, Louisiana. Zen-Noh doesn't own any inland grain elevators, but relies on its affiliate, CGB Enterprises, to supply it with corn, soybeans, sorghum, wheat and byproducts for export to Japan and other locations. After the acquisition, Zen-Noh plans to lease the elevators to CGB's subsidiary, Consolidated Grain and Barge Co., to operate.

CGB, the nation's fifth largest grain company, is a 50-50 joint venture between Zen-Noh and Itochu Corporation, a global trading cooperation. Currently, CGB sells 60% of the grain it purchases to Zen-Noh, according to the Justice Department's competitive impact statement, which you can read here: https://www.justice.gov/…

In the nine geographical regions the DOJ is concerned about, Bunge and CGB account for the majority of corn and/or soybean purchases. For example, In Pemiscot County, Missouri, the two companies purchased 95% corn and soybean output in 2019.

"By eliminating head-to-head competition between ZGC (and its affiliate CGB) and Bunge for grain purchases in these geographic markets, the transaction would result in lower prices paid to farmers, lower quality of services offered to farmers at the grain origination elevators, and reduced choice of outlets for farmers to sell their grain," the DOJ said in the competitive impact statement.

The Justice Departments proposed settlement would require Zen-Noh to sell the nine grain elevators in question to Viserion Grain or an alternative buyer with the approval of the U.S government. Viserion Grain is a newly formed subsidiary of Viserion Internationals Holdco, which is backed by Pinnacle Asset Management.

In April, Zen-Noh and Viserion announced the intended sale of 11 elevators to facilitate the acquisition from Bunge.

New York-based Pinnacle is an asset management firm focused on global commodities markets. Over the past five years, Pinnacle-managed entities have made several strategic investments to bolster Pinnacle's physical commodities trading and merchanting business, including owning Five Rivers Cattle Feeding, the world's largest cattle feeding operation, and Six One Commodities, a global energy merchant, as well as being the majority shareholder of Concord Resources Holdings Limited, a global metals merchant.

For more details on the Zen-Noh purchase of Bunge elevators and the related divestitures can be found here: https://www.justice.gov/… 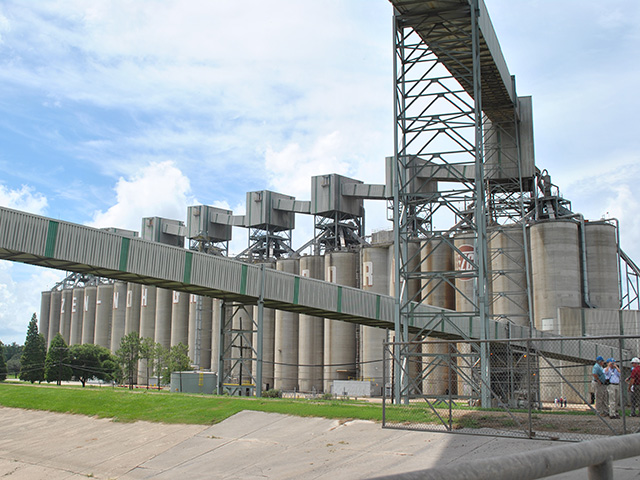