LINCOLN, Neb. (DTN) -- Five years after the Trump administration dropped the planned listing of the lesser prairie chicken in the Endangered Species Act, the U.S. Fish and Wildlife Service this week announced a proposed rule to reverse course.

USFWS submitted a draft rule to the Federal Register on Wednesday, saying the bird is facing extinction, https://www.fws.gov/….

The proposal was met with disappointment from the National Cattlemen's Beef Association and the Public Lands Council, who said on Friday that progress toward protecting the species was being made through voluntary conservation measures.

"After years of successful, voluntary conservation efforts and the development of meaningful partnerships, the ESA designation of the lesser prairie chicken is severely disappointing," Glover said.

"The scientific data supports our belief that voluntary conservation work -- led by producers -- is the most effective way to provide stability for the birds and their habitat. Ranchers have kept up their end of conservation agreements with the federal government, and this designation tells those private landowners that their considerable private investment doesn't count. This is a terrible message to send at the very moment when the administration is seeking to enlist our industry's help with a broad slew of conservation goals that can only succeed with strong public-private partnerships."

"The loss of America's native grasslands and prairies of the southern Great Plains has resulted in steep declines for the lesser prairie chicken and other grassland birds," USFWS Regional Director Amy Lueders said in a statement.

Back in 2016, the U.S. Department of Justice decided to drop an appeal of a district court decision, ending its pursuit of listing the lesser prairie chicken as endangered through the Endangered Species Act.

The Justice Department and U.S. Fish and Wildlife Service offered no explanation for dropping the appeal at the time, saying efforts to protect the species would continue.

USFWS announced a plan to protect the species in 2014. In July 2015, the agency cited lesser prairie chickens were growing in population.

At the time, increases were observed in three of four of the bird's ecoregions across Colorado, Kansas, New Mexico, Oklahoma and Texas. 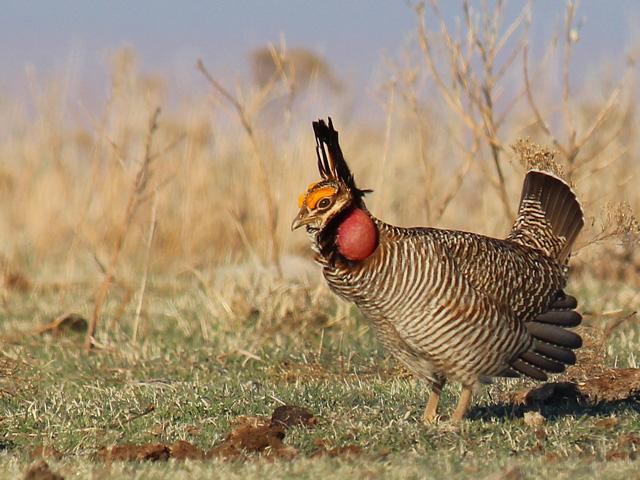