MEAD, Neb. (DTN) -- The village of Mead, Nebraska, moved one step closer on Wednesday to further preventing AltEn LLC from producing ethanol at a plant near the town of 608 residents, as village leaders say they remain in the dark about what's taking place with environmental cleanup at the site.

AltEn processed millions of bushels of corn seed treated with neonicotinoid pesticides and fungicides until last year and marketed the plant as an option for seed companies to dispose of treated corn seed. The ethanol plant's wastewater became contaminated with a high concentration of neonic pesticides, as did the ethanol plant's distiller's grains. Since neither its wastewater or leftover wet cake could be applied to area farmland, the lagoons remain full of contaminated water and there is an estimated 84,000 tons of wet cake in piles at the plant. Nebraska sued the ethanol plant in March to shut it down.

The Mead Planning Commission voted unanimously to recommend the revocation of AltEn's conditional use permit to produce ethanol and to run an anerobic digester at the plant. The commission recommended allowing an exception of using the plant's equipment for remediation.

The recommendation is expected to be considered by the Mead Village Board of Trustees at its June 8 meeting.

"I am very certain that nobody from AltEn or Bayer, or even any of the government agencies that are involved out there have talked with any of the planning commission people," Wyatt Swartz, a member of the Mead Planning Commission told DTN.

"I can't speak as far as the village board members. And that's what concerns me the most is that we're a small village, we need help with this and there are no professionals that know anything about ethanol plants or toxic waste for that matter, who have come in and talked to us to try to help us out at all."

William Thorson, chairman of the village's board of trustees, told DTN the village will be pushing the state to provide updates.

"As far as we know, the NDEE is in charge of cleanup operations," he said. "As of now I am not sure what they are doing although we are planning on asking the NDEE to provide the village office with weekly updates."

Jim Macy, the director of NDEE, has declined interview requests by DTN, citing the state's litigation.

AltEn attorney Stephen Mossman told the commission workers to continue to filter onsite lagoon water containing high levels of fungicides and insecticides. Mossman questioned whether the commission could revoke the conditional use permit with exceptions.

Seed companies have declined to be interviewed about the situation at AltEn.

The seed companies have hired a company to take over environmental cleanup at the plant about 20 minutes from the suburbs of Omaha.

Nebraska's governor earlier this month signed a law now banning the state's ethanol plants from using treated seed corn to produce ethanol because of the environmental problems discovered at AltEn.

Documents posted to the Nebraska Department of Environment and Energy's website show state officials remain in close contact with remediation officials from Bayer, on a number of ongoing cleanup efforts.

Documents also show a geological company involved in the cleanup expects to have a proposed plan to address water contamination by sometime in June.

In a joint news release from NDEE and EPA on April 29, the agencies said they are "exploring all available options for addressing the environmental issues at the site." So far, the EPA has not indicated whether the site is being considered for Superfund designation.

AltEn shut down its plant in early February after the Nebraska Department of Environment and Energy issued an emergency order to cease operations at the plant on Feb. 4 following numerous environmental violations. AltEn completed shutdown on Feb. 8.

However, cold weather several days later led a pipe to burst at the plant, causing 4 million gallons of pesticide-filled water to flow downstream.

Records provided to DTN also show state regulators began to query seed companies such as Bayer and Syngenta about the regulations for disposing treated seed, including questions about how to clean up millions of gallons of water in lagoons contaminated with pesticides, and whether millions of pounds of discarded treated seeds should be composted.

Nebraska's attorney general filed a lawsuit in early March to officially shut down the plant. The environmental situation created at AltEn reached a level that the Nebraska Legislature voted unanimously in April for final passage on a bill to ban ethanol companies from using treated corn seeds in the state. Nebraska Gov. Pete Ricketts signed the bill into law, making the state the first to officially ban ethanol plants from processing treated seed. 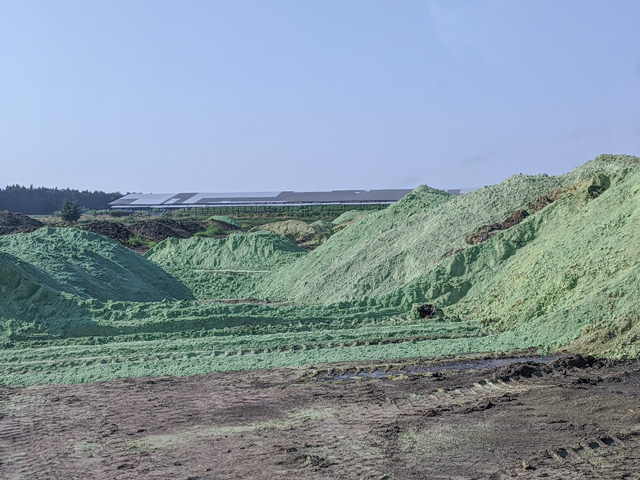