WASHINGTON (DTN) -- President Joe Biden's plans to raise capital gains and estate taxes would raise taxes on farmers and ranchers despite the Biden administration's statements that farms and family businesses would be exempt from some of the provisions, an American Farm Bureau Federation tax specialist said this week.

Pat Wolff, Farm Bureau's senior director for congressional relations, told DTN Political Correspondent Jerry Hagstrom that Farm Bureau did not have any more information than what had been released early Wednesday, but that it had included statements from Biden during his presidential campaign and what had been included in congressional legislative text in its analysis.

"We understand the basics and know that if they were implemented, there would be a significant tax increase on farmers and ranchers," Wolff said.

The capital gains tax proposal to eliminate stepped-up basis on the inheritance of assets, including farmland, would require the payment of capital gains taxes upon death unless the property is given to charity, Wolff said.

"This is a new and second tax at death," Wolff explained.

"We know from the Census of Agriculture that 32% of family farms would exceed the $1 million threshold," Wolff said. "Economists tell us 91% of farmland is owned by that 32%."

The White House said that farms and family businesses would be exempt from the tax changes, but Wolff said, "In the past, there have been programs to exempt family-owned businesses. They were complex and expensive to administer. They were subject to question by the IRS. So, while we don't have the details, it is hard to believe that such a program could exist without those same kinds of problems."

Wolff said that valuing property without sale is difficult and often leads to disputes with the Internal Revenue Service. If property owners cannot provide documentation of the original purchase price, it's necessary "to work off zero," which makes capital gains taxes even higher.

Heirs, Wolff said, would owe the capital gains upon the death of the person who died and would have to come up with the money to pay that tax.

"We argue farm assets are illiquid and often mean a sale of assets," Wolff said. "If you have to sell too much of a business, then your business fails. It is a land-rich, cash-poor situation."

The American Farm Bureau Federation has not taken a position on the Biden proposal, but has long supported a continuation of stepped-up basis as it is, Wolff said.

"Our members rank the damage caused by the loss of stepped-up basis and the estate tax about equally," she added. "They are both very harmful taxes. We have been working with allies in Congress to oppose changes in tax plans."

Rob Larew, president of the Democratic-leaning National Farmers Union, said the group was heartened by President Biden's attention to food insecurity but said that he "had reservations about the pay-for provisions" and seeks more information.

"While we support many of the recommendations in the American Families Plan, we have questions about how these tax proposals will impact our farms and ranches," he said. "The devil is in the details."

USDA issued a statement of its own Wednesday in which the department stated 98% of farm estates would not be affected. There also would be no capital-gains tax on farms that heirs continue to farm. "It defers any tax liability on family farms as long as the farm remains family-owned and operated. No tax is due if the farm stays in the family. No one should have to sell a family farm they inherit to pay taxes and the president's tax reform guarantees that." 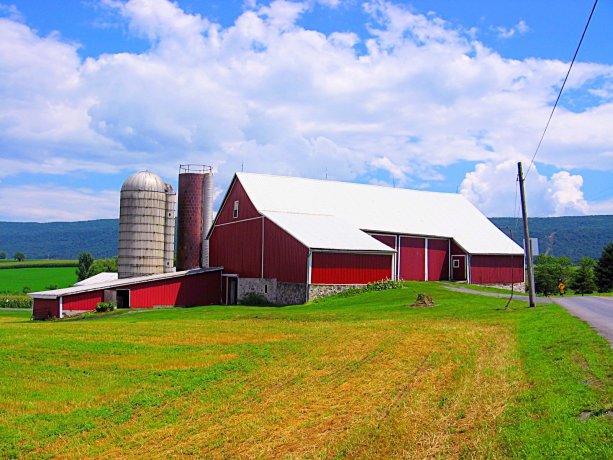