OMAHA (DTN) -- More than a decade has passed since the EPA updated ethanol's greenhouse gas emissions profile in the Renewable Fuel Standard, and now members of Congress are taking steps to require the agency to use the latest science.

Biofuels industry representatives have for years requested EPA update its modeling to reflect technological advancements in the industry. With a number of climate initiatives underway in the federal government, updating that GHG profile is important to securing biofuels' place in an overall GHG reduction strategy.

Corn ethanol's GHG lifecycle is important, because if the fuel is found to be more carbon-friendly than EPA originally believed, then ethanol has the potential to qualify as an advanced biofuel in the RFS. This would mean more corn ethanol could qualify for the RFS above the 15-billion-gallon cap.

On Wednesday, co-chairmen of the Biofuels Caucus Rep. Cindy Axne, D-Iowa, and Rep. Rodney Davis, R-Ill., in the United States House of Representatives offered two bills aimed at expanding the role of ethanol in transportation fuels.

The Adopt GREET Act sponsored by Rep. Dusty Johnson, R-S.D., would require the EPA to adopt the Greenhouse gases, Regulated Emissions, and Energy use in Technologies model within 90 days and then update it every five years. The Adopt GREET Act has companion legislation, which was introduced in the U.S. Senate by Sens. John Thune, R-S.D.; Amy Klobuchar, D-Minn.; Joni Ernst, R-Iowa; and Charles Grassley, R-Iowa.

The GREET model is considered the gold standard developed at the renowned Argonne National Laboratory.

The GREET model, however, shows corn ethanol from an average dry mill plant reduces GHG emissions by at least 34% compared to gasoline, even with indirect land-use change.

Indirect land-use change largely has been disproven in recent years, meaning corn ethanol's GHG reduction profile may be even larger. ILUC is a theory that expanded ethanol production in the U.S., which leads to farmers in other countries replacing food crops with corn for biofuels production.

The bill would authorize $500 million in the next five years for infrastructure grants for fuel retailers. The bill also would direct the EPA administrator to finalize a proposed rule to repeal E15 labeling requirements and to allow higher ethanol blends to be stored in existing underground storage tanks.

Industry officials say a number of infrastructure changes are needed to expand the E15 market.

When it comes to the GREET model, in 2016, EPA's Office of the Inspector General found in a study the agency believes it is keeping up with the latest science on ethanol. (https://www.dtnpf.com/…)

The industry contends EPA continues to penalize ethanol even though advancements in agriculture and ethanol technology have improved its greenhouse gas profile.

The OIG's report came about as a result of a Congressional inquiry into the RFS. In 2010, EPA completed a lifecycle analysis to determine greenhouse gas reduction thresholds for the RFS. Though the agency was not required to do so, EPA committed to update the analysis as "lifecycle science evolves."

The OIG said the agency does not have a process for initiating such an update, and EPA's Office of Air and Radiation said it has no plans to update the 2010 lifecycle analysis.

The OIG said because grandfathered ethanol plants are not required to meet GHG thresholds, there was no need for EPA to update the analysis.

In response to the OIG report, the EPA Office of Air and Radiation disagreed it needs to update ethanol's GHG emissions profile.

"As the second-largest ethanol producing state, Nebraska is already a leader in providing America and the world with clean, renewable fuel," Rep. Adrian Smith, R-Neb., said. "Ensuring EPA's models accurately reflect ethanol's environmental benefits and improving access to this fuel at the pump will help even more consumers choose this American energy source."

"Both the Adopt GREET Act and the Renewable Fuel Infrastructure Investment and Market Expansion Act encourage nationwide use of biofuels like ethanol and promote their proven environmental benefits as Congress and the Administration find ways to immediately decarbonize the transportation sector," said Emily Skor, chief executive officer of Growth Energy.

"The bicameral and bipartisan support of each bill underscores the shared sentiment that biofuels' role in reducing carbon emissions remains critical to some of today's climate change challenges."

"For more than a decade, EPA's analysis of ethanol's carbon footprint has relied on speculative theories and obsolete data," he said.

"The Argonne National Laboratory's GREET model is recognized globally as the gold standard for analyzing the lifecycle greenhouse gas impacts of low-carbon renewable fuels like ethanol, and the model is regularly updated to reflect efficiency improvements and technological advancements in the fuel production process.

Brian Jennings, chief executive officer of the American Coalition for Ethanol, said carbon-reduction goals can only be met if ethanol is part of the picture.

"While electric vehicles continue to dominate the headlines, experts conclude EVs alone will fail to reach President Biden's goal of net-zero emissions in the U.S. by 2050," Jennings said.

"That increased use of biofuels will be required to help address the emissions gap. A recent study by Harvard validates what ACE has been saying for years; today's corn ethanol is nearly 50% cleaner than gasoline. This vital legislation with both bicameral and bipartisan backing would ensure infrastructure parity for biofuels and EVs and help ethanol continue to be part of the solution to climate change." 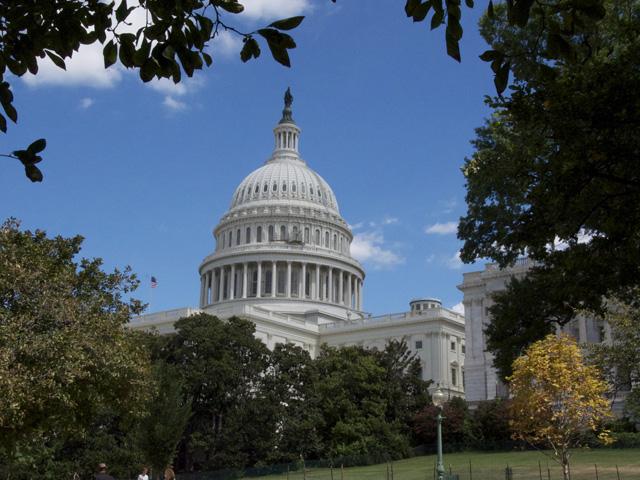