OMAHA (DTN) -- The future remains in flux for the Trump administration's Navigable Waters Protection Rule (NWPR), as court cases continue to play out and the potential for yet again more changes to the Clean Water Act remains in play for the next administration.

Legal battles continue in several courts, where states and environmental groups have challenged the new rule.

A federal court will hear arguments from EPA and environmental groups on a pair of motions for summary judgment in one ongoing lawsuit challenging the rule.

The U.S. District Court of the District of South Carolina in Charleston set a Feb. 4 hearing in this case.

In its motion filed last summer, the South Carolina Coastal Conservation League asked the court to vacate the rule, alleging the Trump administration stripped federal protections from millions of stream miles, and tens of millions of wetland acres across the country.

"If this rule stands, developers, industry, or anyone else can pollute, fill, or pave over these waters without federal permit protections provided by the CWA (Clean Water Act)," the group argues.

"At stake is the integrity of our nation's waters, including headwater streams, coastal wetlands, and public lakes across the region and country that have been protected by the CWA as 'waters of the United States' since the act's passage."

The federal government also filed a motion for summary judgment in the SC case, arguing the new rule re-established cooperative federalism with the states in protecting water.

"The agencies' extensive analysis supporting the NWPR spans more than 1,500 pages," the government said in its motion.

"These documents establish that the agencies appropriately considered and thoroughly explained their decisions, including regarding scientific matters. Contrary to plaintiffs' hyperbolic forecasts of environmental harm -- based on unreliable data -- the NWPR and its partnership with states in the CWA's regime of cooperative federalism could provide comparable environmental protection at less societal cost and net public benefit."

In 2019, the South Carolina Coastal Conservation League, Natural Resources Defense Council, National Wildlife Federation and others filed a lawsuit in South Carolina challenging the repeal of the 2015 rule. That case has changed directions, pointing at the new rule.

Although a preliminary injunction remains in place preventing the implementation of the rule in Colorado, agriculture and business groups have been allowed to intervene in a lawsuit filed by the state of Colorado.

In that lawsuit filed in the U.S. District Court for the District of Colorado, the state argues the Trump administration rule "conflicts with the text of the Clean Water Act, contravenes controlling Supreme Court precedent, contradicts the act's objective and ignores sound science."

The new definition of waters of the United States, the state said, "will significantly reduce the waters in Colorado protected by the Clean Water Act."

The federal government, along with a number of agriculture and business groups, have filed an appeal of the preliminary injunction.

Alleging farmers and ranchers face potentially "crippling liability" as a result of the new rule, the New Mexico Cattle Growers' Association asked a federal court to issue a preliminary injunction against parts of the rule. The court has yet to rule on the motion.

The cattle producers argue the new rule from EPA and the Army Corps of Engineers will force ranchers to "spend months to years, and tens to hundreds of thousands of dollars, to obtain Army permits to farm and otherwise use their own land."

The group wants the court to stop EPA and the U.S. Army Corps of Engineers from enforcing the rule when it comes to intermittent tributaries and "non-navigable" wetlands if they don't abut navigable waters.

The group originally filed a lawsuit in November 2019 challenging the 1986 regulation. The challenge came after the EPA finalized a repeal of the 2015 rule, because the repeal reverted back to the 1986 rule until the most recent rewrite was completed. 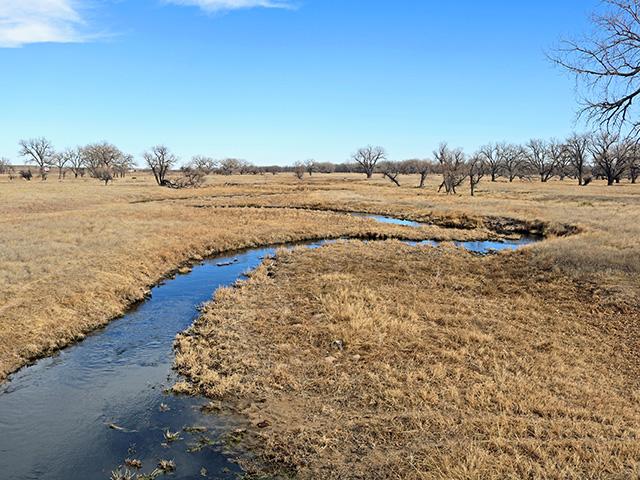