OMAHA (DTN) -- A farmers cooperative that previously has received small-refinery exemptions to the Renewable Fuel Standard is the latest refining company to sue the EPA for its denial of a request for retroactive exemptions.

CountryMark cooperative operates in Indiana, Illinois, Michigan, Ohio and Kentucky. Most of its customers at more than 100 retail stations are farmers and rural communities that have benefitted from the commodities markets bolstered by the Renewable Fuel Standard since 2005.

At the end of November, CountryMark filed a petition for review with the U.S. Court of Appeals for the Seventh Circuit in Chicago.

In a response to the lawsuit, EPA filed a brief in the appeals court suggesting the Seventh Circuit was the wrong court for such a lawsuit. The agency said the U.S. Court of Appeals for the District of Columbia Circuit already has nine similar cases pending.

CountryMark is -- by EPA's definition -- a small refinery producing 75,000 barrels per day or less. In 2017 and 2018, the company received small-refinery waivers to the RFS.

It is one of the few refiners owned by farmers, and small-refinery waivers made CountryMark's business more viable in 2017 and 2018.

On the other hand, the refiner is a big supporter of the RFS. The company blends as much ethanol and biodiesel as possible and fulfills the rest of its legal obligation through buying biofuels credits.

In a denial letter to CountryMark, EPA said it received exemption requests from 17 small refineries in 14 states.

In September, EPA denied 54 of 68 pending requests for retroactive exemptions after receiving pushback from the ethanol industry and federal lawmakers.

Refining companies filed the requests following a decision from the U.S. Court of Appeals for the 10th Circuit in Denver. In January 2020, the court ruled EPA illegally granted exemptions to three companies that did not previously receive exemptions. Since then, the agency has indicated it is applying the decision nationally.

Refining companies filed for exemptions for previous years in an attempt to comply with the court's ruling.

"It appears that these small refineries have attempted to fill their exemption extension 'gaps' through the filing of these petitions," EPA said in its denial letter to CountryMark.

Starting in April 2020, EPA sent the gap-year requests to the U.S. Department of Energy. Those requests spanned RFS compliance years 2011 to 2018.

The DOE recommended either no relief or 50% relief for each of the small refineries that submitted exemption requests.

"EPA doubts that Congress intended to exempt small refineries that already successfully complied with their RFS obligations many years past without demonstrating that they experienced disproportionate economic hardship as a result of that compliance," the agency said in the letter.

Back in 2019, Kent Hoffman, an Indiana farmer and CountryMark board member, told DTN the refiner's need for waivers started in 2015 when its bottom line took a hit when crude oil prices dropped. Yet, costs to comply with the RFS continued to rise, he said.

According to the U.S. Energy Information Administration, lower crude oil prices led to a decline in U.S. production that began in the second quarter of 2015. By the end of 2015, prices dipped to below $40 a barrel -- the lowest price since 2009.

The price of renewable identification numbers, or RINs, for all biofuels categories in 2015 remained mostly below $1 throughout the year. The highest price for any RIN in 2015 was $1.13 for a D3 cellulosic RIN on July 27, according to EPA's database.

CountryMark's RFS compliance costs ballooned to more than 350% of profits in 2016, Hoffman said.

The CountryMark refinery brings to market about 450 million gallons of finished fuel products each year to farms, fleets and families. The refiner is owned and operated by CountryMark's farmer cooperatives. 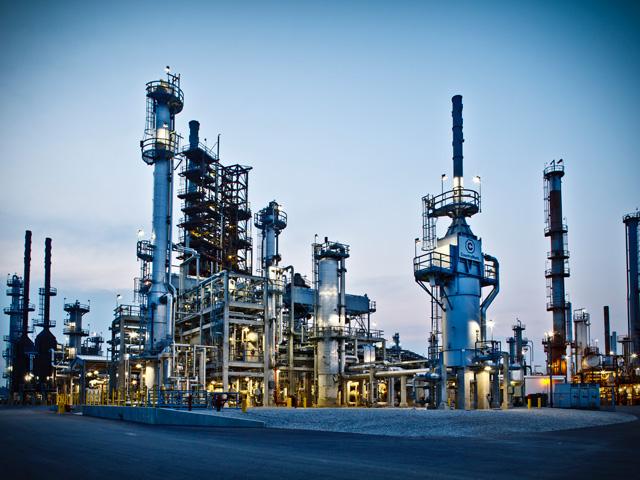