OMAHA (DTN) -- Changes made in the management of the Missouri River basin contributed to extensive flooding and led to millions of dollars in property takings, including crops and farm infrastructure through the years, a federal judge ruled this week. However, no compensation was awarded for lost crops in the ruling by U.S. Court of Federal Claims Judge Nancy Firestone in a long-fought case filed by hundreds of farmers in the basin.

Instead, the judge ruled repeated floods dating back to 2007 resulted in a taking of farmers' flowage easements without compensation in violation of the Constitution. The court ruled farmers should be compensated for the loss of flowage easements.

Firestone said changes made to basin management by the U.S. Army Corps of Engineers in 2004 was to blame.

"Based on the foregoing, the court finds that the government's actions ... and the flooding of the three representative plaintiffs' properties constitutes the taking of a permanent flowage easement under the Fifth Amendment, and that the plaintiffs are entitled to just compensation for that taking," the judge said in her ruling.

Through it all the Corps of Engineers has maintained it has been following its master manual.

Plaintiffs' attorney R. Dan Boulware said in an interview with DTN he hopes the ruling will lead to changes in how the Corps of Engineers manages the basin.

"I would hope that the decision prompts changes in the river for everyone," Boulware said, "not just our clients but for the communities and farmers and citizens and businesses that are located along the river.

The Corps of Engineers did not respond to DTN's request for comment.

Anthony Schutz, associate dean for faculty and associate professor of law at the University of Nebraska-Lincoln, told DTN that property owners essentially gave up land without a choice.

"One thing that I'm not sure many people realize is that this payment constitutes a payment for a permanent flowage easement," he said.

"That means the property owner will not be able to complain again. In other words, the landowner is selling -- involuntarily -- to the government the right to carry on the current program and flood at a duration and frequency that occurs under that plan."

Schultz said subsequent landowners also will be subject to the flowage easement.

"Nothing in these opinions will require the Corps to change its management plan," he said.

"In fact, once paid, the Corps' ability to continue is more entrenched."

Though the ruling granted compensation to three bellwether cases, Boulware said there are hundreds of farmers in the basin who suffered damages. Bellwether cases are those determined to be representative of all other cases.

Whether farmers actually are compensated, he said, is a different matter.

"It's not over, the government has declared it to me that they intend to appeal," Boulware said.

"They have multiple claims for multiple years. So, I think it'll be appealed. The point is if they appeal it, what are they appealing? They're saying to the courts 'we shouldn't have to pay because of a legal technicality.' Now, they're not saying to the court 'reverse the findings of what judge Firestone found on the facts that we cause flooding. We just don't want to pay for it.' Right now, what kind of a policy is that?"

Boulware said he too is considering an appeal of the judge's decision not to include crop losses as a taking or to award cleanup costs to farmers.

"We disagree strongly with what the court did and we're evaluating our options and we have the right to appeal that if we decide to do so," he said.

"Here, plaintiffs are alleging damages above and beyond the value of the flowage easement that the government has taken," Firestone wrote.

"In particular, the plaintiffs allege through the testimony of their damages expert, Dr. (Merrill) Bateman, crop losses and lost profits based on reduced yields, damage to structures, damages to equipment, flood prevention expenses, and flood reclamation expenses. However, these are consequential damages that are an indirect result of the taking of the flowage easement. It is improper to both claim compensation for diminution in value and claim compensation for these consequential damages." Merrill J. Bateman is a retired economist and former president of Utah's Brigham Young University.

The court concluded the representative tracts were reduced in value by 30% from changes made by the Corps in the management plan.

The amount will be collectible only on lands where a taking occurred.

Schultz said the extent to which the three bellwether properties are representative of the 400 who initiated the litigation is a different story.

"The concern from a governmental perspective is likely that future changes that increase the duration or severity of flooding may require compensation in the future," he said.

"This could become extraordinarily difficult to deal with if climate change makes river flows more volatile or unique relative to historic trends. But, so long as a change in management goals doesn't lead to increased flooding of the type that led to this litigation, then the Corps should not be forced to buy more land rights."

The three bellwether cases include that of St. Joseph, Missouri, farmer Roger Ideker and two other farmers.

Phase two of the trial concluded in early August.

Though an expert testified at trial that Ideker could receive anywhere from about $23.9 million to $26.2 million in compensation for damage on his 1,493-acre tract of land, Boulware told DTN the total damages awarded for lost easements is about $8 million in the three cases.

Firestone ruled in 2018 that, in five of the six years in question dating back to 2007, the Corps of Engineers violated the Fifth Amendment by not compensating farmers for flood-damaged land. She disallowed flood claims from 2011. 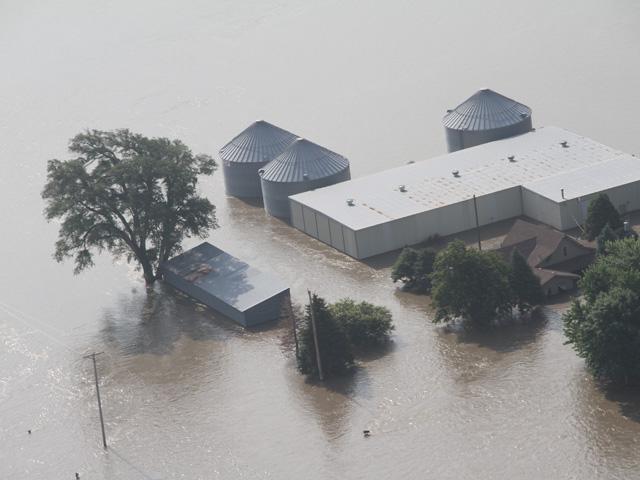