OMAHA (DTN) -- Decatur, Michigan, farmer Michael Stamp has pled guilty to bank fraud and conspiracy to make false statements to the Federal Crop Insurance Corp., according to a new plea agreement filed with a federal court on Sept. 24.

Stamp's sentencing on the charges is scheduled for Jan. 19, 2021, in the U.S. District Court for the District of Western Michigan. He could face up to eight years in prison.

Despite reaching plea deals on felony charges in April 2019 connected to a Chapter 11 bankruptcy, Michael and his wife, Melissa Stamp, were possibly heading to trial after a judge ruled an original plea agreement from Michael Stamp did not meet sentencing guidelines.

At the end of March 2020, Judge Paul L. Maloney granted a U.S. Department of Justice request to withdraw Melissa Stamp's agreement, as well, because it was contingent on Michael Stamp's guilty plea.

The U.S. attorney's office and Stamp have agreed to a maximum penalty of eight years, according to the plea agreement. If the court accepts the agreement, the judge would be bound to issue the sentence. In addition, Stamp would agree to cooperate in any future investigations into the case. As a result, the U.S. attorney's office said in the agreement it could possibly file a motion to reduce Stamp's sentence.

Bank fraud comes with a maximum of 30 years in prison, a five-year supervised release period and a $1 million fine or twice the gross gain or gross loss from the offense, whichever is greater.

The maximum penalty for making false statements to the FCIC is five years in prison, a three-year supervised release period and a fine of $250,000 or twice the gross gain or gross loss from the offense.

In addition, the U.S. attorney's office would agree to seek dismissal of the charges against Melissa Stamp.

TIED UP IN COURT

The Stamps' legal cases have been tied up in court since they filed bankruptcy on their farm operation in late 2012. At one time, the couple's farming operation encompassed a reported 27,000 acres, though they were accused of claiming even larger acreage to secure operating loans.

Melissa Stamp pled guilty in federal court in June 2015 to misprision of felony -- failure to report a crime to authorities and potentially helping conceal it. She was sentenced to 20 months in jail, 20 months of supervised release and was required to pay restitution for her role in alleged bankruptcy fraud.

In addition, James Leonard Becraft Jr. pleaded guilty to conspiracy to make false statements on crop insurance forms in the Stamp Farms case. On Feb. 12, 2019, he was sentenced to a year in prison, a two-year supervised release and ordered to pay $648,188 in restitution to the Risk Management Agency in Kansas City, Missouri.

Becraft has since asked the federal court to reduce the restitution amount, claiming his legal counsel was ineffective.

Over the years, Stamp relied on "large" operating loans and credit agreements. In addition, the indictment said, Stamp used crop insurance payments to pay for some of his operation, including covering lease payments.

Starting in 2011, Stamp needed money to keep his farm going and to pay off an outstanding loan. Between March and December of that year, Stamp allegedly provided false information to obtain about $68 million in credit from Wells Fargo by misrepresenting the amount of land he farmed and the value of his farming assets, the grand jury said. 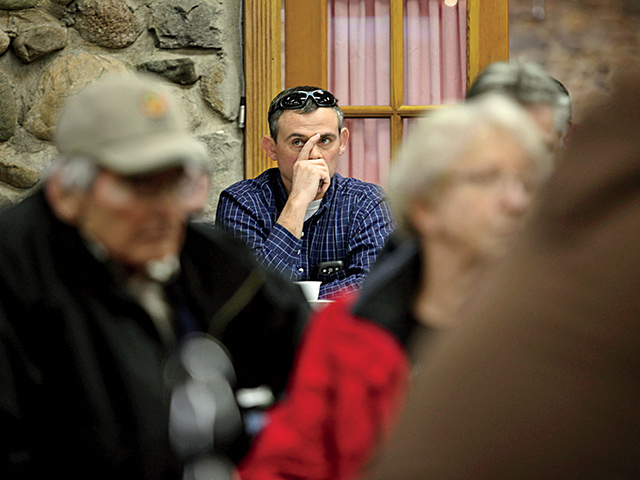