Earl Evans has only missed the summer-spanning custom wheat harvesting run twice in the last 73 years.

He started his nearly consecutive streak on the south-to-north route when he returned to the United States in 1945 after serving in the Pacific Theater at the end of World War II.

The 93-year-old spent the final days before the start of the 2020 wheat harvest wondering if he was about to miss it again, this time not because of a call to duty but COVID-19 pandemic-related headaches.

"Once you get into harvest, it gets in your blood," he said. "It'd be real bad to have to go home because of no help."

Custom harvesting crews have struggled early this summer as they've dealt with a wealth of virus-caused problems.

Initially, the concerns were about the availability of motels and restaurants along their routes. Just how many times in a summer can a crew hit the McDonald's drive-thru?

That's given way to more serious dilemmas, however.

Immigration restrictions enacted to prevent the spread of the pandemic ground to a halt the flow of H-2A temporary agriculture visa workers. Even now that faucet is only trickling. Evans managed to scrape together a skeleton outfit to get his combines rolling, but his and many other crews are still desperately undermanned.

Other crews, meanwhile, are severely hampered by a lack of commercial driver's licenses (CDLs), which were nearly impossible to get in the days leading up to the start of harvest.

"It's been very discouraging," said JC Schemper, a third-generation custom cutter. "Most of us with American hands don't have guys with CDLs yet."

Many CDL testing facilities and DMVs were closed through parts of March, April and May, and when they were open, lines were long. The harvest doesn't wait, either, so once the wheat ripened, some owners were left with difficult decisions of how to move equipment with a crew of unlicensed help. Getting a license mid-season isn't easy, either, as drivers often end up far from their homes and unable to break away for such a trip.

U.S. Custom Harvesters Inc., an organization representing more than 300 operators, has been working with the American Trucking Association and government partners to try to solve that problem, though progress has been limited.

The organization "has a CDL curriculum. We train. We teach. We are educating our drivers how to drive safely," said Schemper. "My guys, I've trained them how to drive. They're pretty safe drivers."

The situation has left him sending CDL-less drivers in with grain, Scheper said.

The hope is to get a custom-harvester CDL exemption for the 2020 harvest season, something U.S. Custom Harvesters is working with the Federal Motor Carrier Safety Administration to accomplish.

The organization recently submitted a proposal that would help alleviate pressure for the summer, but said time is a huge factor.

"We don't have the opportunity to wait and see" said Glen Jantzen, a custom forage harvester and president of the USCHI board.

Moving in late June between clients in South Dakota and Wyoming, he said he hadn't had to use any non-CDL drivers yet, but things will only grow more complicated as the season drags on.

"We can't just go harvest next month (July)," he said. "You have to go when the crop is ready. It's a real concern for the safety of our food chain in this country. Almost 50% of the silage harvested is done by custom operators and about 30% of the wheat. It has to get done or we don't eat."

The organization hoped to hear back soon and is hopeful its latest request will be adequate. It's still nearly uncharted territory, however.

"I don't remember any request for complete CDL exemptions like this," said Jon Samson, executive director of the American Trucking Association's agriculture and food transporters conference.

"The FMCSA has been amenable to a lot of flexibility, and the custom harvesters have such a unique operating model," he said. "We let them know this is affecting several hundred people, at most, and that they have training in place and an impeccable safety record."

Those aren't even the only complications this season. Schemper said his crew was contracted to cut 11,000 acres of wheat in Oklahoma, but lost 8,000 of that to a late freeze.

Another 1,000 acres was in question in northwest Kansas, and he wasn't yet sure what would be raised to harvest from contracts he had in North and South Dakota.

He does have a crew, however, and has been able to pick up some contracts from operators who didn't, thanks to H-2A visas problems.

Farther south, Earl Evans was still trying to make the best of his situation. In May, he was worried he'd miss the harvest run for the third time in his career. In June, things were looking better, but only somewhat.

He'd cajoled some family into helping for a few weeks, and had secured some full-time help, as well.

"We have two hands hired," he said, "but we really need two more."

The crew he had finished up its contracts in West Texas and preparing to move to the eastern Colorado Plains, where more wheat awaited.

He wasn't entirely sure how they'd get all the equipment from Texas to Colorado.

"We may have to make three trips," he said, "but one way or another, we'll run." 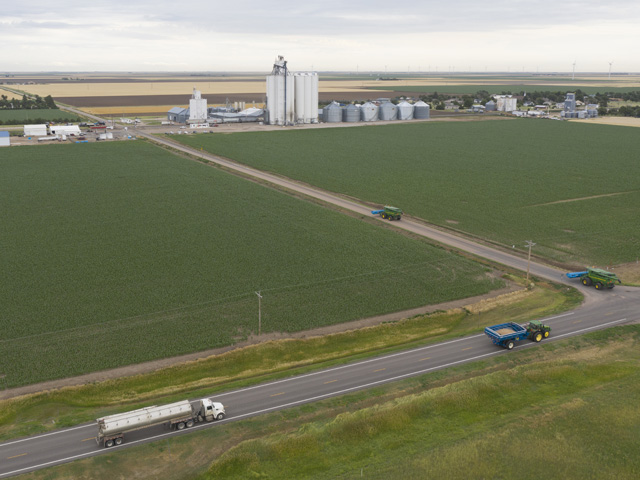