MOUNT JULIET, Tenn. (DTN) -- When U.S. Trade Representative Robert Lighthizer testified before Congress earlier this week, he said China had purchased about $10 billion worth of agricultural goods, far shy of its $36.5 billion commitment under the phase one trade agreement.

"The numbers in the agreement are landed prices in China. Soybean growers know the difference between outstanding sales and cumulative inspections," he said on a webinar hosted by the National Grain and Feed Association. "Those actually have to ship, and we all know those can be rolled or canceled if things would turn south with China."

While actual shipments to China are more like $7.5 billion in calendar year 2020, he noted that export sales have been moving counter-seasonally higher.

"Historically our seasonal peak would be coming up in September, October, November, right after our harvest," Meyer said. "But we're putting more and more pressure on that last quarter to do gangbusters sales and shipments in order to meet the phase one agreement with China."

Another webinar participant, newsletter author and agricultural investor Kevin Van Trump, said he thinks China will try to fulfill its commitments under the phase one deal, but they will stretch it out to the very end.

"I think they're going to play a lot of games before they get it done," he said. "They know the election is coming. I suspect they just kind of tinker around a little bit and try to keep President Trump somewhat appeased, so he doesn't really put the clamp on them."

DTN Lead Analyst Todd Hultman said the $36.5 billion purchase target is nice, but the "commercial considerations" clause in the agreement gave them an out.

After a meeting with U.S. Secretary of State Mike Pompeo in Hawaii earlier this week, China's top foreign affairs official reaffirmed that Beijing is planning to meet its end of the bargain. A Bloomberg report, citing anonymous sources, said state-owned companies are likely to focus on purchases of soybeans, corn and ethanol to meet those obligations.

Meyer, who made his presentation before Bloomberg's report, argued that soybeans will be a critical component of Chinese purchases. Soybeans comprised 60% of the value of China's agricultural purchases in 2017, the base year for the phase one agreement.

"It's likely to be something like that in whatever they try to accomplish for phase one," he said.

Hultman agrees, saying China needs soybeans. "Brazil just grew a record 4.56 bb crop in early 2020, and China was such an aggressive buyer, it looks like Brazil's supplies are already run down here in June. I say that because Brazil's FOB soybean price is at a nine-month high and is 38 cents above the U.S. Gulf."

Meyer said sorghum may also be a popular corn-equivalent import, while DDGs have likely priced themselves out of the mix because of the sharp cut to ethanol production. About 95% of the sorghum China has imported this year has come from the U.S. Ethanol and pork may also be on China's shopping list.

He said China could expand its corn purchases, but the upside may be limited by the country's tariff rate quota (TRQ).

"It wouldn't hurt China to go over the TRQ. It wouldn't cause them any WTO issues or any precedent-setting issues to go over TRQ for corn, but my guess is they'd be hesitant to do so," Meyer said.

Hultman said it's possible China could make higher-than-expected corn purchases, and he's monitoring concern about fall armyworm in northeastern China. "However, even higher corn purchases -- 8 million metric tons or 9 mmt (315-354 million bushels) -- is not much in U.S. corn market terms."

Van Trump said he thinks the election will be an important factor.

"If Trump doesn't get reelected, it will be interesting to see how things play out with China, and how that dynamic shifts," he said. "There's a lot on the line the next six, seven months." 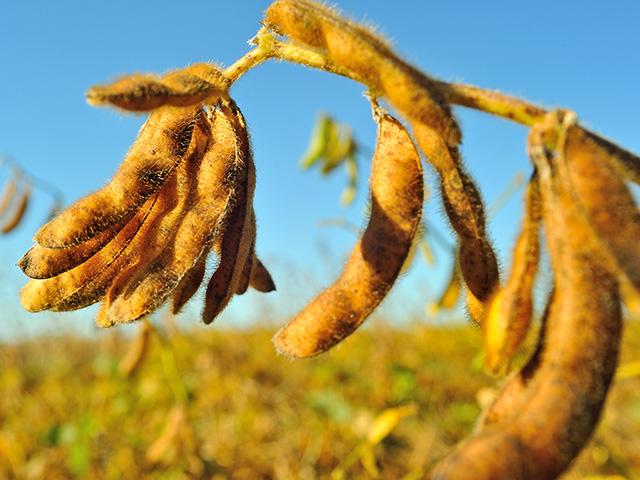