OMAHA (DTN) -- Biofuel and agriculture groups want to know what EPA intends to do with a number of new applications filed by refining interests, asking for small-refinery exemptions for previous compliance years.

So far, the agency has declined to share even the number of those filings made. DTN has a pending Freedom of Information Act request for that information.

The U.S. Court of Appeals for the 10th Circuit in Denver ruled back in January the agency illegally granted exemptions to three small refineries. In that case, the court said the refiners were not eligible for exemptions because they had not previously received them.

"These 'gap filings' appear to be little more than the latest in a string of oil industry tactics designed to subvert the law and sidestep a court order to uphold the RFS," the groups said in the letter.

"The biofuels industry has been hit especially hard by the sharp decline in fuel demand across the country, as residents follow local, state and federal guidance to practice social distancing and minimize travel. Over 100 biofuel plants fully idled or cut production, with ripple effects negatively impacting agricultural commodity prices, farmers, and the food supply chain.

Wheeler testified before a U.S. Senate committee on May 20, 2020, indicating the agency had received requests for previous years.

"On the same day, U.S. Department of Energy Under Secretary Mark Menezes confirmed that EPA is 'sending over' past-year petitions for DOE review," the letter said.

"Mr. Menezes described the petitions as 'gap filings' intended to reconstitute after-the-fact a continuous string of exemptions for select oil companies 'to be consistent with the 10th Circuit decision.' This attempt to circumvent the courts and the RFS should be rejected out of hand."

On May 27, DTN asked EPA for the number of gap filings received. A spokesperson for the agency directed DTN to the EPA dashboard. The dashboard, however, does not list the number of new requests made for previous compliance years. When pressed further, the spokesperson responded, "We have nothing further to share at this time."

The biofuel and agriculture groups said in the letter the agency needs to make public the number of gap filings on its public dashboard, https://www.epa.gov/….

Currently, EPA has received 27 small-refinery exemption requests for 2019 and one for 2020. What hasn't been made publicly available is the number of new requests from years previous to 2019.

"A year ago, you stated EPA had 'changed tack' by 'putting (EPA) information out in real-time on the small-refinery waivers program and being more upfront about what we're doing and why we're doing it,'" the letter said.

"EPA's intent in creating the RFS dashboard was to ensure 'refineries and other interested parties receive the same RIN market information at the same time.' However, the dashboard does not disclose any SRE 'gap filings.' Without further clarification, EPA appears to be reverting to a secretive pattern in the management of RFS refinery-waiver petitions."

On Jan. 24, the court ruled EPA didn't have the authority to issue small-refinery exemption extensions to three companies that were not originally granted waivers in 2017 and 2018. 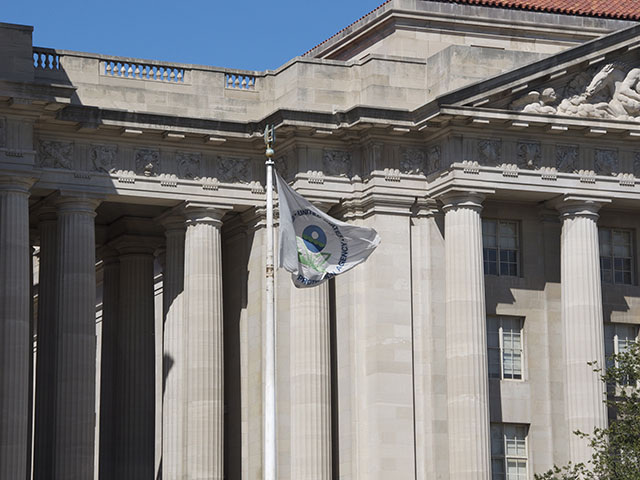