For nearly a decade, NRCS insisted 22 acres of Wilke's 80-acre farm was wetlands, and NRCS continued to make that claim even after courts disagreed -- four times.

"It's been frustrating because you enter into it thinking the adjudication process would be fair," Wilke told DTN.

Wilke said the longer the case continued to go, the more determined he was to stand by the position that the ground was never considered a wetland. "We were determined to see it through," he said.

NRCS continued to make the argument that the acres constituted a wetland despite decades-old records from the Farm Service Agency that did not detail any wetland on the property. Had Wilke lost the case, he likely would not have been able to improve tile drainage on about 25% of the ground.

Wilke said he applied for a direct review of his case by the USDA National Appeals Division in August 2017, which normally issues a ruling in 15 to 30 days. He requested reimbursement for hundreds of thousands of dollars in engineering and legal fees.

Instead, Wilke waited for 32 months.

National Appeals Division Director Frank M. Wood ruled in his favor back in April, finding he is eligible for reimbursement. Wood wrote in his ruling that EPA ignored evidence presented about the farm and made its decision based on "unsupported assumptions" and conjecture.

"Based on my review of the record, I find that NRCS's position was not substantially justified because it does not have a reasonable basis in law and fact," Wood said in an April 2, 2020, letter to Wilke.

NRCS did not respond to DTN's request for comment.

The family did its homework when buying the land in 2010, proceeding with the purchase after finding a Farm Service Agency form that showed no wetlands on the property. A drainage district map from 1907 showed the farm contained a tiling system for generations.

The family began to conduct tiling work to improve drainage in 2011.

Regardless of the record, Wilke said, NRCS ordered the farm to stop work because it would put farm-payment status at risk.

When the saga began in 2011, Wilke said, he never envisioned a years-long battle ensuing.

"This started at the county level and appealed to the state level where we faced the very same attitude, that 'We are the government and we are not wrong. We don't care what your opinion is,'" said Wilke, who also practices law in Springfield, Illinois, as well.

"They were absolutely unwilling to admit they made a mistake, even as they were losing cases. They said, 'This is the way we're doing it.' Their position was the national appeals division doesn't have jurisdiction. Their view was any landowner would expect to go through a year-long process in front of a judge."

In 2012, NRCS officially designated the 22 acres as wetlands, followed by Wilke winning an appeal to USDA's NAD in 2013.

Instead of appealing the decision, the NRCS issued the same ruling again -- essentially restarting the process for a third time.

In 2014, Wilke filed another appeal and a jury ruled in his favor once more.

The ruling was not appealed by the NRCS. Instead, the agency reissued the same ruling on Wilke's ground. The same process played out again. Wilke won again, followed by an unsuccessful NRCS appeal in 2015.

"I have not encountered another case like ours," Wilke said. "A lot of these come up and the landowner is not in a position to go through this. It is very difficult to prevail against a government agency with unlimited resources. I think they slow-walk these cases. There's no reason to take that long."

Wilke has met with federal lawmakers to highlight the difficulties he faced with NRCS and hopes to keep program reform on the front burner.

"If you have land continuously farmed and drained for 100 years, it shouldn't be a wetlands issue regardless," he said, suggesting such property should be grandfathered.

Wilke is expecting an appeal ruling any day on whether he will be reimbursed.

For years, farmers across the country have battled NRCS on wetland determinations.

In August of last year, the U.S. Court of Appeals for the Seventh Circuit in Chicago sided with another farm family battling NRCS for more than a decade on a wetlands determination made on a farm in Indiana.

In the 1990s, the late David Boucher cut down nine trees on his farm. The action garnered attention from NRCS, which argued the family converted several acres of wetlands into croplands by removing the trees.

As a result, the NRCS claims rendered the Bouchers' entire farm ineligible for USDA benefits, although the family never did convert wetlands. On Aug. 8, 2019, the federal court ruled in favor of the Bouchers.

In its ruling, the court called out the NRCS for its handling of the Boucher case.

"The USDA repeatedly failed to follow applicable law and agency standards," the court said. "It disregarded compelling evidence showing that the acreage in question never qualified as wetlands that could have been converted illegally into croplands."

The court found a number of problems with how the NRCS handled the Boucher case. That included an improper reading of the removal of woody vegetation as triggering a converted wetland, although it's not in statute.

In addition, the court criticized NRCS for making just one site visit to the Boucher farm in 2013 to finalize a preliminary determination. The court found NRCS was repeatedly ignoring evidence provided by the Bouchers.

As a result of the claims by the NRCS, the family was forced to commission an independent study to prove they didn't install drainage tiles. 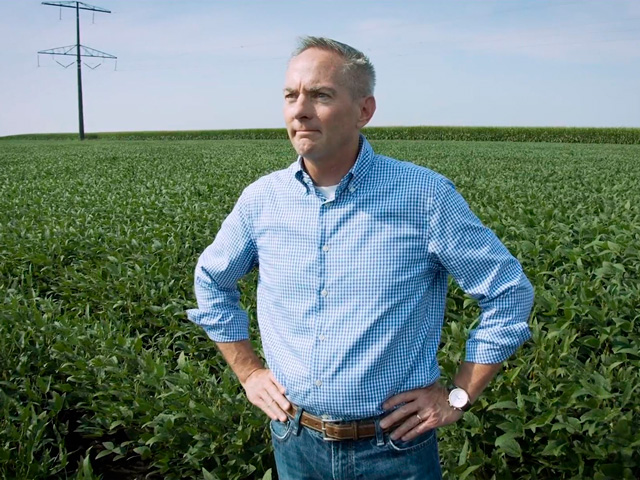