OMAHA (DTN) -- A bipartisan group of 24 senators asked President Donald Trump to reject a recent request by five governors to waive Renewable Fuel Standard volumes in light of the economic standstill during the COVID-19 pandemic shutdown.

In an April 15 letter to the EPA, Govs. Greg Abbott of Texas, Gary Herbert of Utah, Kevin Stitt of Oklahoma, Mark Gordon of Wyoming and John Bel Edwards of Louisiana said refiners in their states face a financial burden as a result of oil market disruptions caused by economic shutdowns around the world.

In a letter to Trump on Thursday, the senators urged the administration to reject all calls to waive the RFS.

"We urge you to direct the EPA to reject all calls to waive the RFS," the letter said. "The RFS is more important now than ever as farmers, the biofuel sector, and rural America struggle to remain operating amid the COVID-19 crisis."

During the COVID-19 crisis, about half of all ethanol plants have idled production, while many others have cut production. That has led to numerous layoffs as a result of falling gasoline demand.

"Waiving the RFS would cause further harm to the U.S. economy, especially our most vulnerable rural communities," the senators wrote.

"It would also exacerbate the effects experienced by the biofuel sector as a result of COVID-19, causing far-reaching detrimental impacts on employment, farmers, food security, fuel prices, and the environment. The resiliency of America's renewable fuel industry has already suffered as a result of the EPA's drastic expansion of the small-refinery waiver program in recent years."

The bar is set relatively high in the Clean Air Act in order to qualify for an RFS waiver.

"Recent requests for a waiver of the RFS are unjustified and clearly do not satisfy the rigorous requirements necessary for EPA consideration," the senators said.

"RFS waivers can only be granted by EPA if there is a demonstration of 'severe harm' to the economy or environment of a state, region or the United States that is directly caused by the RFS. None of these standards are met today and the following reasons clearly demonstrate the case for rejecting the waiver requests."

"Farmers are enduring severe and unprecedented economic hardship brought on by continued trade disruptions and market upheavals caused by COVID-19," he said in a statement.

"The endless legal and political maneuverings by the oil industry to undercut the Renewable Fuel Standard only exacerbates the pain being felt by rural Americans."

Grant Kimberley, Iowa Biodiesel Board executive director, said the crisis has "cost real jobs in the Heartland and contributed to the farm crisis.

"We urge the administration to see through the oil industry's latest ploy to avoid their legal obligations and return to their unchallenged monopoly on America's energy supply."

Geoff Cooper, president and CEO of the Renewable Fuels Association, said the senators "recognize that recent waiver requests are nothing more than a shameless attempt by oil refiners to seize on a global public health crisis to advance their long-standing political agenda."

Kevin Ross, Iowa farmer and president of the National Corn Growers Association, said waiving the RFS would take away an important market for farmers.

"With the significant shut down of ethanol production already reducing corn demand and impacting corn prices, unjustified requests to undermine the RFS would bring more economic harm to agriculture," he said in a statement.

Growth Energy CEO Emily Skor said actions by states and others to waive the RFS would further slow rural economies.

"The oil industry's transparent attempts to capitalize on the current health crisis to steal markets from farmers and biofuel producers threatens to dash hopes of an economic recovery in America's farm belt," she said.

"Our lawmakers and governors have made it clear that any move to further weaken biofuel markets is a non-starter, and we urge the administration to swiftly reject oil-backed attacks on the RFS." 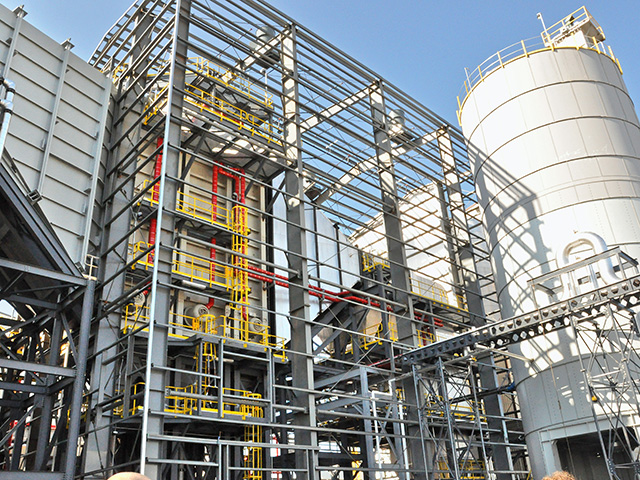