In addition, back in February the Center for Biological Diversity, Waterkeeper Alliance, Center for Food Safety, Turtle Island Restoration Network, as well as several other environmental groups, announced their intent to sue within 60 days. That was 68 days ago as of Tuesday.

The EPA published the final rule in the Federal Register on Tuesday, https://www.federalregister.gov/…, meaning the rule would become law effective on June 22, 2020.

In a news release on Tuesday, the Chesapeake Bay Foundation and ShoreRivers announced their intent to sue the administration for "repealing the Obama-era Clean Water Rule, which provided robust protections for wetlands and seasonal streams under the Clean Water Act and replacing it with the dangerously weaker version."

The Chesapeake Bay Foundation and ShoreRivers said the new rule "ignores the scientific underpinnings" of the 2015 waters of the United States, or WOTUS, rule.

In particular the groups said they're concerned about the loss of federal protections for the Chesapeake Bay's 64,000 square-mile watershed.

"It will do the most damage in Delaware, the District of Columbia, and West Virginia, which rely entirely on federal law to protect their local waters," the groups said in a news release. "In Delaware alone, it would allow the destruction of nearly 200,000 acres of wetlands."

They said the Navigable Waters Protection Rule would be "harmful" to efforts in Maryland, Virginia, Pennsylvania and New York to implement bay protection programs.

"As natural filters, wetlands play a crucial role helping the six watershed states and the district meet their targets for reducing nitrogen, phosphorus," they said, "and sediment pollution entering the bay and its tributaries by the 2025 deadline set by the Chesapeake Clean Water Blueprint."

In their February notice of intent to sue, the Center for Biological Diversity, Waterkeeper Alliance, Center for Food Safety, Turtle Island Restoration Network, as well as several other environmental groups, outline how the final ruled published this week violates the Endangered Species Act.

The Trump administration finalized the much-anticipated redefinition of waters of the United States on Jan. 23, 2020.

Peeling back from the 2015 rule the EPA and the Corps seek to replace, the Navigable Waters Protection Rule scraps terms such as "significant nexus" and spells out four specific categories of waterways that will be regulated by the federal government, leaving oversight for other bodies of water to states and tribes.

Under the new rule, traditional regulated bodies such as territorial seas and major rivers will fall under federal rules, as well as "perennial and intermittent tributaries" and certain lakes and ponds and impoundments that contribute to the flow of a navigable waterway, along with wetlands "adjacent to jurisdictional waters."

Adjacent wetlands are those touching a traditional navigable water, such as a wetland next to the Mississippi River, or a wetland that may be physically separated by only a single natural feature such as a berm. A wetland behind a levee could fall under regulation, an EPA official said.

Farm and stock watering pounds and artificial lakes will not be regulated, nor will prior converted croplands or wetlands that are not near a jurisdictional water body. But the defining legal issue will be the difference between a federally regulated "intermittent" stream and a state or locally regulated "ephemeral" stream.

In addition, back in February the U.S. District Court for the District of South Carolina granted the South Carolina Coastal Conservation League a 75-day stay in another WOTUS-related lawsuit. The groups asked for the stay to explore their legal options after the agency released the new water rule.

On Oct. 22, 2019, EPA and the U.S. Army Corps of Engineers finalized the repeal of the 2015 WOTUS rule. The repeal rule reverted regulations to the 1986 version of WOTUS while the EPA continued to rewrite the definition. The 2015 rule was opposed by critics as an example of gross federal overreach, yet the 1986 rule also had its share of concerns. 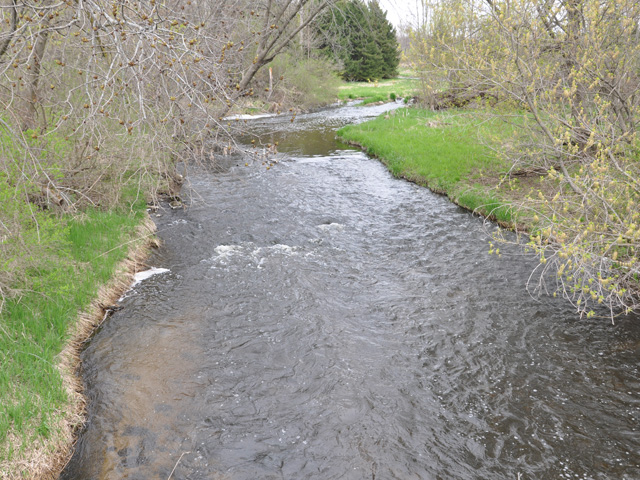