OMAHA (DTN) -- Though the EPA says it has withdrawn its 12-year pursuit of Priest Lake, Idaho, property owners Mike and Chantell Sackett for alleged Clean Water Act violations, an attorney for the couple asked a federal court last week to consider the merits of their legal claims.

The EPA filed an April 1 motion in the U.S. Court of Appeals for the Ninth Circuit in San Francisco, to dismiss the case against the Sacketts. The Sacketts countered by filing a motion on April 9 opposing the motion to dismiss.

In 2012, the U.S. Supreme Court ruled in favor of the Sacketts in their lawsuit against the EPA, providing farmers and other landowners a legal leg to stand on when it comes to challenging Clean Water Act determinations. Prior to that ruling, landowners were unable to legally challenge determinations.

The EPA said in an April 3 statement to DTN the agency believes the case is closed.

The Sacketts argue in their court motion the EPA has yet to provide certainty about the future use of the property declared by EPA in 2008 to be a federally protected wetland.

"EPA has declined to date to clarify whether it continues to assert regulatory authority over the Sacketts' home site, or whether its intent 'not to issue a similar order in the future' will apply if the Sacketts proceed to build on the lot," the Sacketts' motion said.

"Without this clarification, the best reading of the March 13, 2020, letter is that EPA will not enforce against the Sacketts for their past action of clearing the lot but may do so if they take future action on the property."

The Sacketts have asked the court to declare the jurisdictional determination on their property violates the Clean Water Act and "fails to establish that the Sacketts' vacant lot is actually federally protected 'navigable waters.'"

In a March 13 letter from EPA's Susan Parker Bodine, assistant administrator for enforcement and compliance assurance, the agency said it withdrew the 2008 compliance order. The letter stated EPA had decided several years ago to no longer enforce the ACO against the Sacketts.

"Appellee EPA reports that it decided several years ago not to pursue civil enforcement against the Sacketts," the motion said.

"This is news to the Sacketts. The March 13, 2020, letter is the first time that decision was communicated. Instead of advising the Sacketts at the time, EPA held the decision for 'several years' -- until the eve of the deadline to file its brief in this appeal. EPA has failed to moot this case by withdrawing the compliance order on the eve of its briefing date, while leaving the underlying jurisdictional determination in place."

Until this month, the Sacketts continued to be subject to an administrative compliance order, or ACO, requiring them to come into compliance or face fines of up to $75,000 per day. 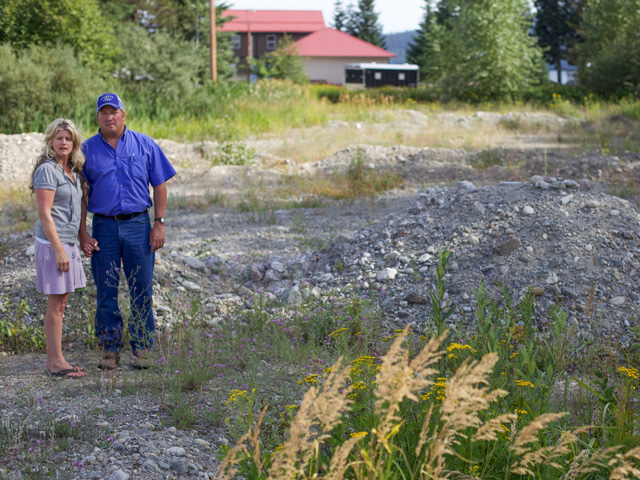