OMAHA (DTN) -- POET Inc. is idling ethanol plants in South Dakota and Iowa and delaying startup of a new plant in Indiana. The company is one of many trying to navigate the fallout of an oversupplied ethanol market from the COVID-19 pandemic.

The company announced on Tuesday it will idle plants in Ashton and Coon Rapids, Iowa, and in Chancellor, South Dakota. In addition, POET said in a news release it will delay startup at a plant in Shelbyville, Indiana.

Combined, the plants produce about 330 million gallons annually and use about 110 million bushels of corn. POET is furloughing about 130 employees as part of the action.

POET founder and CEO Jeff Broin said that, although the company had to make a difficult decision, it will be ready to re-launch when the threat subsides.

"From day one of this crisis, we have placed the highest priority on protecting the health and welfare of our workers, partners and farm suppliers," he said in a statement. "At the same time, we are working hard to ensure that every biorefinery remains well-positioned to support a strong and swift recovery once daily life returns to normal."

Broin said a number of issues hurting the industry have forced POET's hand.

"Unfortunately, plummeting fuel demand amid the coronavirus pandemic has overwhelmed markets already suffering from continued trade barriers, a foreign price war over oil and regulatory uncertainty here at home," he said. "In South Dakota, the crisis has been compounded by one of the worst growing seasons in memory."

At the end of March, POET altered or cut its corn-buying activities as concerns grow about the economic effects of the COVID-19 pandemic and an ongoing oil war that are driving down ethanol prices. POET scaled back corn buying at seven of its 27 plants across the country. The changes were made at three plants in Minnesota and two each in Iowa and South Dakota.

POET said a national decline in fuel demand of up to 55% could result in an annualized reduction of 8 billion gallons of demand and up to 2.7 billion bushels of corn.

"As always, we will continue monitoring the situation closely and working with team members at each plant to stay ahead of market changes as the situation continues to evolve day by day," POET President and Chief Operating Officer Jeff Lautt said in a statement.

"We remain optimistic that elected leaders will move ahead swiftly on efforts to shore up the rural economy and deliver relief for struggling families. We are fully committed to protecting the strong, stable biofuel markets that America's farmers need now more than ever, and we look forward to rebuilding and growing America's agricultural markets."

Sen. Charles Grassley, R-Iowa, during his weekly news conference with agriculture journalists, said he sent a letter to U.S. Secretary of Agriculture Sonny Perdue requesting money for the ethanol industry through the Commodity Credit Corporation in the CARES Act.

"The loss of fuel demand has drastically hurt the biofuels industry, and corn prices have plummeted almost every day for the last two weeks," he said. "The decrease in fuel consumption has left production facilities little choice but to idle production and in some cases close completely. Since March 1, more than 4 billion gallons of ethanol production has ceased production."

Growth Energy CEO Emily Skor said in a statement the industry continues to see loss of production across the country.

"At this rate, nearly half of America's biofuel production could soon be offline," Skor said.

"Biofuel producers and our farm partners are confronting an economic crisis beyond anything rural America has seen before. Fuel demand has cratered, foreign nations have flooded the market with crude oil, and U.S. ethanol producers are bleeding cash after one of the toughest years in memory."

"Protecting these biofuel and farm jobs at the heart of our rural economy will be vital to ensuring that we are positioned to reinvest and rebuild in the months to come," she said.

"We urge policymakers to act swiftly to expand markets for higher biofuel blends, lift regulatory barriers to vital markets, and ensure that financial assistance is available to farmers, workers, and rural businesses hit hardest by the crisis." 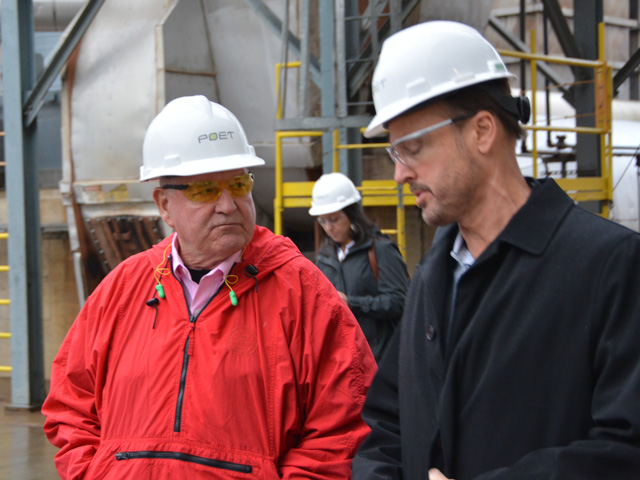