OMAHA (DTN) -- Despite the biofuels industry operating on thin margins and dealing with federal policy uncertainty in 2019, the number of mergers and acquisitions in the industry was historically low last year, according to a new report from an investment bank focused on biofuels transactions.

Overproduction in the ethanol industry, as well EPA's continued issuance of small-refinery exemptions last year, led to the idling of at least 20 ethanol plants. The biodiesel industry struggled as well from the expiration of the biodiesel blenders tax credit and SREs.

According to a report from Ocean Park, based in Los Angeles, the industry continued to hold on to assets despite all the struggles in 2019.

Just four operating biodiesel, ethanol and advanced biofuels plants, combined, were sold in 2019, with a combined capacity of just 133 million gallons per year.

Ocean Park said the remainder of merger and acquisition activity involved what the bank said was "sub-scale, idled or non-operating plants" as well as technology assets.

"Ocean Park tracked four deals for non-operating ethanol and biodiesel plants that had a combined capacity of 193 million gallons per year," the report said.

"There were other salvage deals that were not included in the analysis. In advanced biofuels, two plants traded along with three deals for technology assets."

Ocean Park said biofuels mergers and acquisitions were limited in 2019 also as a result of limited capital availability and an absence of active buyers.

"The total capacity that changed hands was the second lowest in five years," the report said. "It included only two transactions with operating plants."

Ocean Park said there were three transactions in the ethanol industry last year in North America, involving four plants with a production capacity of 226 million gallons.

Milton, Georgia-based Attis Industries acquired Sunoco's non-operating ethanol plant in Fulton, New York, according to the report, for $20 million. Sunoco also entered into a 10-year offtake agreement with Attis. An offtake agreement is an arrangement between a producer and a buyer to purchase or sell portions of the plant's ethanol.

"This buyers' market drove down valuations. Advanced BioEnergy's sale to Glacial Lakes Energy for $47.5 million -- a valuation of $0.55 per gallon -- underscored the pressure on valuations. The price was well below the five-year average of $0.72 per gallon."

Ocean Park said average ethanol margins were at their lowest levels since 2008. As a result, several ethanol plants either cut or idled production in 2019.

The number of biodiesel plant transactions in North America in 2019 was down by half from a banner year in the industry in 2018 for mergers and acquisitions.

The number of plants and their cumulative production capacity changing hands in 2019 were near five-year lows, according to Ocean Park.

Of the four transactions in North America last year, three were for non-operating plants.

The four transactions included four plants with a production capacity of 99 million gallons per year.

A number of biodiesel plants either idled or shut down production in 2019, according to Ocean Park.

Ocean Park said there was limited mergers-and-acquisition activity in advanced biofuels in 2019.

"Seaboard is evaluating the best potential opportunities and uses for the acquired assets, including modifications to produce renewable diesel," the report said. 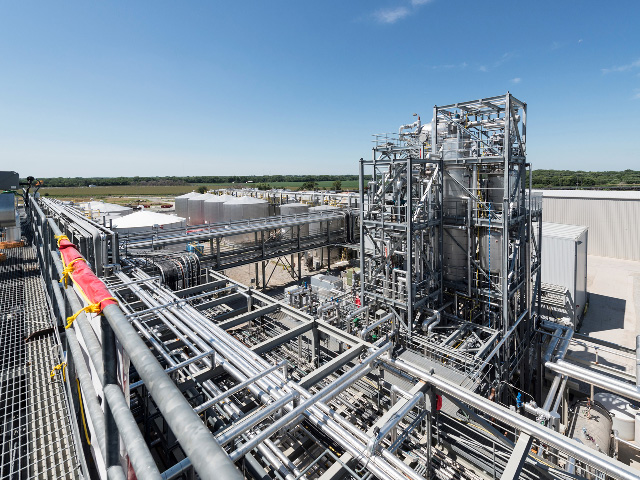