HOUSTON (DTN) -- With a tough year for the United States ethanol industry in the rearview mirror, the head of the Renewable Fuels Association said the future of ethanol and other biofuels will be in carbon-reduction efforts.

The RFA's President and Chief Executive Officer Geoff Cooper told an industry audience at the National Ethanol Conference in Houston on Tuesday that despite often negative profit margins, loss of market through small-refinery exemptions and weather disasters in agriculture, the industry kept its focus.

"To be sure, 2019 was a difficult year for the ethanol industry -- one of the worst we've ever had," Cooper said. "To get through it, we had to stay focused and keep moving toward that light at the end of the tunnel. We had to keep going."

As ethanol enters a new decade, Cooper said the industry will likely benefit most from carbon-reduction efforts that "appear inevitable and imminent."

That's because transportation is the single largest source of greenhouse gas emissions, he said, so lawmakers are interested in making policy to address carbon reduction.

"While few, if any, of these proposals are expected to go anywhere immediately, their sponsors are sending a clear message: legislative action aimed at curbing carbon emissions and combating climate change is coming."

Cooper pointed to the current presidential campaign as reason to believe ethanol's carbon benefits will be front and center.

"Every Democratic candidate running for president says reducing carbon emissions is a top priority," he said.

"Indeed, thanks to the work of Biofuels Vision 20/20, an organization that worked to determine every candidate's position on renewable fuels, each of the top six candidates coming out of Iowa are on record as supporting ethanol as a way to fight climate change."

Cooper said "escalating" political discourse on climate change is a reflection that people are talking more about the issue.

"We can't let others define our future. Whether we are 'at the table or on the menu' for the emerging climate debate is entirely up to us. RFA believes we should not just have a seat at the table -- we should be leading the conversation."

After six consecutive years of growth, Cooper said, U.S. ethanol production fell in 2019. At 15.8 billion gallons, last year's production was down by about 300 million gallons from a record high in 2018.

"And even though farmers did experience some extremely challenging weather conditions last year, we can't blame the 2019 decrease in ethanol production on drought, flooding or any other natural disaster," he said.

"No, the drop in ethanol output this time was caused by a disaster of an entirely different sort: policy uncertainty, bureaucratic meddling and vexing marketplace barriers."

"We planned for growth," he said.

"You invested in growth. But it simply didn't materialize in 2019. Instead we saw demand stagnation as EPA secretly doled out dozens of new RFS compliance waivers to small refineries, and protracted trade wars wiped out export opportunities."

In addition, Cooper said "protectionist trade barriers" continued to shut ethanol exports out of China and reduced shipments to Brazil.

"Not surprisingly, the industry had no choice but to significantly throttle back production. At one point, as many as 20 ethanol plants were shut down or idled. And in the fall, weekly output rates fell to a four-year low."

Despite the struggles, Cooper said 2019 closed with a bang.

In the final month of the year, a U.S.-China trade deal was struck, the United States-Mexico-Canada Agreement passed the House, EPA finalized a rule to address small-refinery exemptions, a proposed RFS reset rule was withdrawn, EPA committed to restoring 500 million gallons of RFS demand following a court ruling, biofuels tax provisions were renewed, and the Trump administration committed to expanded investment in biofuels infrastructure.

Although ethanol has positioned itself for growth in the coming decade, Cooper said the RFS is needed to assure the industry continues to have access to the market.

"But here's the problem, not everyone likes competition," he said.

"Not everyone likes the idea of contending for market share on a level playing field. That's why we must continue to fight for policies that provide market access and tear down artificial barriers to expanded ethanol use around the globe. Let us compete." 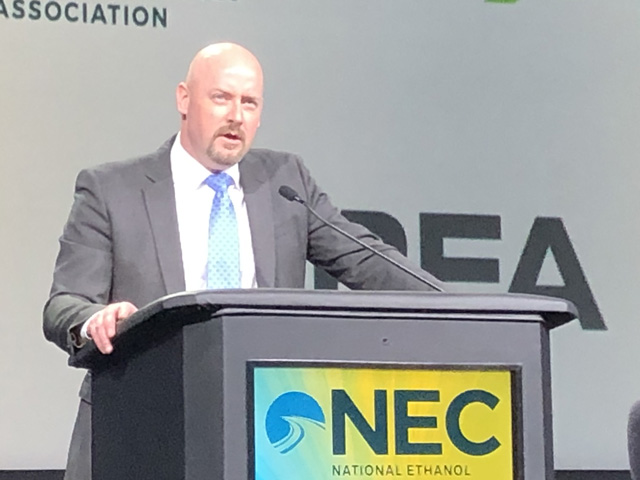