MOUNT JULIET, Tenn. (DTN) -- The Commodity Futures Trading Commission is taking another stab at establishing position limits in commodity markets, its fourth such attempt since Congress passed the requirement as part of 2010's financial reform legislation.

"Position limits are not a solution born inside the Washington Beltway and imposed on the market from afar. Instead, they are one of many tools that exchanges have used since the 19th century to mitigate the potentially damaging effects of excessive speculation. They are a pragmatic, Midwestern solution to a real-world problem," Tarbert said in a written statement released before a public hearing announcing the new proposal. "Nearly a decade ago, Congress directed the commission to address this issue. Today we are acting."

Nine grain futures contracts are already subject to position limits, and Tarbert said CFTC is proposing to add limits to 25 other futures contracts, which covers most of the trading volume of physically delivered commodities. The limit will be "no more than 25% of the deliverable supply of the referenced commodity."

CFTC's commissioners voted 3-2, along party lines, to move the proposal forward, which means publication in the Federal Register followed by a comment period. Tarbert said it eliminates the "risk management" exemption that's used by banks, hedge funds and trading firms to take large speculative positions. By doing that, however, the CFTC found it created another problem.

To mitigate that impact, the proposed rule raises the non-spot month limits on grain contracts.

Tarbert said the rule also includes a broad exemption for bona fide hedgers and a streamlined process for recognizing those exemptions.

"Position limits is the rare rule where the exception is as important as the rule itself. It cannot be said too often that these limits are on speculative activity," he said. The proposed rule includes anticipated merchandising and expands the definition of hedging to include several common energy market strategies.

This addresses one of the primary concerns with CFTC's previous attempts at crafting a position limits rule. The first attempt, although finalized by the commission in 2011, was struck down by a judge because the rule attempted to set limits for all derivatives under CFTC purview. The 2013 and 2016 proposed rules were never finalized over concerns about bona fide hedge exemptions.

Tarbert said the proposal lists what qualifies as a hedge, and if a party's hedging need is on the list, it doesn't need to request approval from the CFTC. It also eliminates the need to submit information on cash market positions, a move Tarbert called "a duplicative and burdensome exercise that is better handled by the exchanges."

If someone's hedging need isn't on the list, the exchange where the trade takes place will notify the commission, which has 10 business days to vote on whether to reject it or not. "Given our expanded definition of bona fide hedging, I anticipate that it would be a rare case that a market participant finds its legitimate hedging needs are not already covered in the list of enumerated exemptions. Still, this process would provide flexibility and legal certainty, without excessive red tape."

Not all of the CFTC's commissioners support the proposed rule. Dan Berkovitz, one of the commission's Democrats, said the rule would abruptly increase position limits in many markets and provides no opportunity for CFTC to monitor the effect of position limit changes or change them if necessary.

"The proposal would create an uncertain and unwieldy process with the commission demoted from head coach over the hedge exemption process to Monday-morning quarterback for exchange determinations," Berkovitz wrote in his dissenting opinion.

Without knowing details on what the speculative limits are, DTN Lead Analyst Todd Hultman said Tarbert's proposal seems to hit the right notes for ag markets.

"Position limits on speculative activity prevent market manipulation and are also needed to prevent unnecessary price distortion that accompanies heavy speculative activity," Hultman said. "On the other hand, it is good to make room for speculators as they do bring helpful liquidity to markets. Striking the right balance will be an ongoing debate, but the effort seems to have good intentions as I see it." 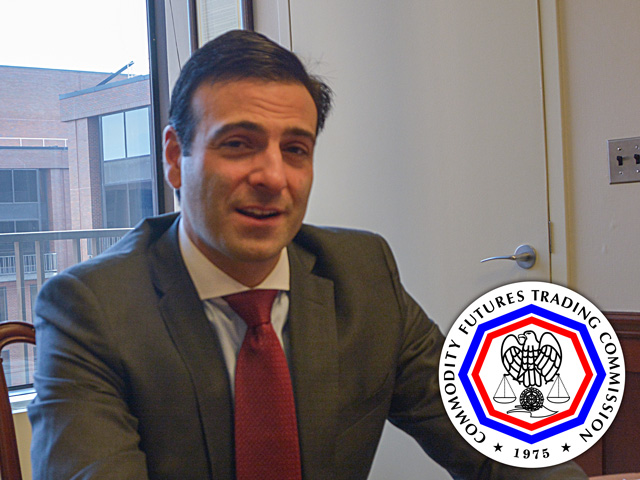