OMAHA (DTN) -- Should the EPA consider petitions to change the point of obligation in the Renewable Fuel Standard?

It's a question brought before the agency numerous times via petitions but never fully addressed in rulemaking.

Valero Energy Corp. and the American Fuel and Petrochemical Manufacturers petitioned the United States Supreme Court to consider whether EPA is following the law.

In the petition filed with the high court on Dec. 30, the plaintiffs argue the EPA has violated the law by not considering such petitions. The refiners and petroleum groups argue that EPA is required annually to consider specific elements under the RFS, but has refused to look at changes to the point of obligation.

"EPA admits that it initially placed the point of obligation on refineries and importers, but not blenders, for reasons of administrative convenience. EPA has repeatedly refused to reexamine that placement in annual rulemaking, and it denied petitions for rulemaking seeking reconsideration outside the statutorily mandated annual assessment," the plaintiffs stated in the petition.

The refiners and petroleum groups have asked the high court to consider whether the law requires EPA to make a calendar-year determination on the point of obligation when setting annual RFS volumes.

In addition, the petitioners asked the court to consider whether EPA can "evade the annual duty by partitioning the point of obligation into a one-time" proceeding.

"Just think about it once a year," the petition said. "That's what Congress asks of EPA: just to consider, during annual rulemaking, whether a multi-billion-dollar obligation falls on the 'appropriate' parties. This directive comes from the Clean Air Act's Renewable Fuel Standard program, which embodies an ambitious and farsighted goal: ensuring that America's transportation-fuel supply contains increasing volumes of renewable fuels.

"Congress imposed yearly gallon-by-gallon mandates for multiple categories of renewable fuels, but Congress also recognized that the route to achieve those targets was uncharted and that adjustments would be necessary. It thus adopted specific procedures for EPA to follow annually."

The Renewable Fuels Association notes that shifting the obligation to the blender could "exponentially increase the number of obligated parties" under the RFS, making it far more difficult for EPA to enforce the law.

Biofuel and petroleum interests have filed numerous lawsuits throughout the years challenging the EPA's implementation of the RFS.

In January 2018, for example, both sides filed legal challenges following the agency's final volumes rule in 2017.

Petroleum lobbies including Valero and AFPM asked the U.S. Court of Appeals for the District of Columbia Circuit to force the EPA to redo the 2017 rule for a number of reasons. That included what refiners said was EPA's refusal to consider changing the point of obligation.

Though biofuel and petroleum refiners largely agree refiners and importers of gasoline and diesel should be the obligated parties in the RFS, some in the petroleum industry want ethanol blenders to shoulder the mandate.

In November 2017, the EPA filed a notice indicating petitioners who wanted a change in point of obligation didn't prove their case.

Refining interests said the agency did not respond to comments filed by the industry in asking for a review.

Some petroleum industry groups have argued for years that the EPA is required to consider a possible change in the point of obligation annually. Most biofuel and petroleum interests have stood opposed to changing the point of obligation, arguing program costs can be controlled when more parties are obligated to either blend biofuels or buy renewable identification numbers, or RINs, to comply with the RFS.

Read the petition to the SCOTUS here: https://www.supremecourt.gov/…. 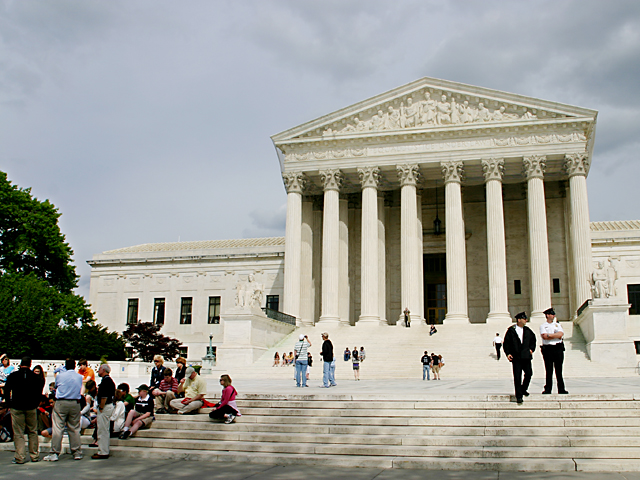