Leo Reed even has a name for it: dicamba fatigue.

"States recognize that both we and the [EPA], we're all suffering from dicamba fatigue -- staffing shortages and issues and processing a huge number of complaint cases again this year," said Reed, an Indiana state pesticide regulator serving as president-elect of the Association of American Pesticide Control Officials (AAPCO).

"The term dicamba fatigue applies to growers as well," Reed continued. "We're hearing from growers who say, 'I've been hit three years in a row and I'm not going to report anymore. It's not doing any good.'"

Reed's comments came during a two-day annual meeting of state pesticide regulators, State FIFRA Issues Research and Evaluation Group (SFIREG), in Arlington, Virginia. There, during a special session on the herbicide, state regulators reported continued problems with off-target dicamba injury, which overwhelmed some state agencies for a third year in a row. And this year, for the first time, several state regulators also reported growing concerns for the health of non-soybean vegetation, especially trees, as well as human health and safety.

In a survey conducted by AAPCO, 19 states reported nearly 1,400 cases of alleged dicamba injury in 2019, most of them coming from a group of 10 states with the highest soybean acreage, Reed said. Most of the regulators from these states acknowledged that these numbers are likely far lower than the actual cases of injury.

"We're hearing the same thing as other regulators -- people are just not reporting," said Ryan Williams, an Oklahoma pesticide regulator who represented the EPA Region 6 states of Arkansas, Louisiana, New Mexico, Oklahoma and Texas at the meeting. "They're tired of reporting and not getting any results."

"Illinois regulators mentioned that you would be hard-pressed to find a non-dicamba-tolerant soybean field in some counties that wasn't damaged, because there were whole counties that appeared to be damaged," Verhougstraete said.

Indiana regulators are investigating 178 alleged dicamba injury cases this year, another state record. Investigations of dicamba injury in the past few years have caused a ballooning budget for the Office of the Indiana State Chemist, but produced few clear-cut answers for the state's farmers. Last year, for example, the agency spent $2.2 million investigating dicamba injury, but was unable to pinpoint the cause of off-target movement in 84% of their investigations.

With the exception of Missouri, most of the states in EPA Region 7 (Iowa, Kansas, Missouri and Nebraska) are all investigating as many or more injury cases than last year, added Tim Creger, Nebraska Department of Agriculture pesticide/fertilizer program manager.

Despite its decline in dicamba injury cases, Missouri pesticide regulators are severely backlogged, Creger noted. The Missouri Department of Agriculture is still reviewing dicamba cases from 2017 and has yet to review 2018 and 2019 cases.

Several state regulators mentioned growing concern among the public over the effect of off-target dicamba movement on vegetation beyond soybean fields.

"Illinois reported that their [Department of Natural Resource] is noticing a decline in tree health and they're investigating," Verhougstraete said.

In Nebraska, since 2017, regulators have tracked a three-fold increase in registration of herbicide products containing dicamba, not only in agriculture, but for all uses, including landscape and right-of-way maintenance, Creger said. At the same time, state foresters have begun seeing an increase in damage to the state's trees, he said.

"They're seeing widespread tree damage that they suspect is caused by phenoxy herbicides," Creger said. "Over the last four or so years, they believe there has been a significant increase in the decline of tree health."

"We're seeing a lot more specialty crops being damaged, and things like trees," added Tom Gere, with the South Dakota Department of Agriculture. South Dakota State University Extension scientists are currently analyzing samples from injured trees as part of a multi-state study on the long-term effects of herbicide injury on trees, he noted.

Verhougstraete said regulators in his region are fielding concerns about human health as well.

"We've heard from Illinois regulators that they're hearing from farmers' families that they're worried about all this dicamba in the air and all the damage and what is that doing to their health," he said. "So now there are health concerns starting to bubble up."

EPA announced in March 2019 that it was re-evaluating whether states can use Section 24(c) special local needs labels to add restrictions to federal pesticide labels, such as dicamba herbicides. (See the DTN story here: https://www.dtnpf.com/…)

Nonetheless, as they await EPA's proposed changes to this system, states are actively rolling out new 24(c) labels with additional restrictions on dicamba herbicides XtendiMax, FeXapan, Engenia and Tavium. Most recently, Illinois, Indiana and Minnesota set a June 20 cutoff date for 2020, with Illinois also adding an 85-degree-Fahrenheit temperature cutoff.

At the SFIREG meeting, state regulators urged EPA not to take this labeling avenue away from them, which would force states to use more time-consuming processes like rule-making or legislation to adjust pesticide labels as needed.

"Every state has a unique geography and agricultural base," Creger said. "Without access to 24(c) labels to address unique issues in each state, what we have is a cookie-cutter approach to 15 states that may have 15 different problems."

Communication with EPA over dicamba problems hit an all-time low in 2019. Unlike the weekly conference calls and data reporting of 2018, very little regular communication between state regulators and EPA occurred this year, Reed noted. (See the DTN story here: https://www.dtnpf.com/…)

The federal agency had its first formal contact with states regarding dicamba problems in 2019 on Nov. 26, in an hour-long conference call, Reed noted. The most pressing question that states have for EPA remains unanswered so far, however, he added.

"The No. 1 question we need an answer to is: Does EPA consider plant damage from dicamba usage an 'unreasonable adverse effect?' We need a yes or no."

Until then, regulators are not optimistic that 2020 will bring relief for overworked regulators and state agricultural departments.

"The issue continues and will continue, as long as we have [dicamba] labeling the way it is," Creger concluded. 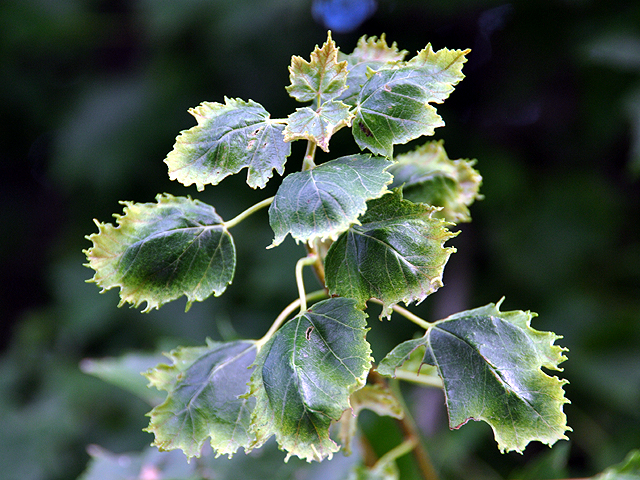