MOUNT JULIET, Tenn. (DTN) -- Tight profit margins are likely here to stay, and that could create challenges for producers, especially if land values stumble or interest rates rise above their current historically low levels, according to bankers and economists at two separate events on Tuesday.

A group of farm credit CEOs held a press call on Tuesday, outlining the state of the agriculture economy.

Jeff Swanhorst, CEO of AgriBank, which provides farm loans throughout the Corn Belt, said the debt-to-asset ratio in agriculture remains in a strong position at 13.5%, and stable land values continue to hold up the farm economy.

"If we had a similar reduction in ag real estate in the next few years that we had in the '80s, the debt-to-asset ratio would be similar to the '80s," he said.

In the current stressed farm economy, farmers are continuing to cut into working capital to weather low prices. Working capital is seen as a cushion to survive adversity, Swanhorst said.

"We had an uptick in working capital to 2013," he said. "Since then, that has been cut in half. If that farm is not generating positive cash flow, it will come out of working capital."

Swanhorst said projections into the next decade "portrays a difficult time for production agriculture."

University of Missouri FAPRI professor and former USDA World Agricultural Outlook Board Chairman Seth Myers said at a separate Farm Foundation event that the current low-price environment is here to stay for row crops. Farmers will need to adapt, or they'll be pushed further to the margins. It's a slow process, unlike the 1980s, when financial conditions deteriorated rapidly.

"Between 1980 and 1985, we had a tremendous decline in land values, but again, half of that came in the last year. So when it finally broke, it moved those land prices lower in a hurry," he said.

The interest rate environment is completely different today with rates hovering around historic lows, so Myers said he thinks supply and demand factors will play a larger role in how land values adjust.

Swanhorst said the low-interest environment has been a "very stabilizing" factor for agriculture and land values, although there continues to be corrections in certain regions. In addition, agriculture continues in an efficiency cycle where farmers are doing everything they can to reduce the cost of production, Swanhorst said.

While there has been a slight uptick in the number of non-performing loans as a percentage of total loans in ag from 2018 to 2019, the percentage is far smaller than what was experienced in the 1980s. Farm Credit data shows the percent of non-performing loans peaked in 1986 at around 23%. In the second quarter of 2019, however, that stands around 1%.

The grain industry in particular is starting to see the negative effects of five years' worth of reduced revenues and depressed prices.

"Strong production has somewhat offset impact, but erosion of liquidity and equity has been material for many operations," Enix said.

As a result, he said, his company has seen an increased number of loan restructures. The next move for some customers, Enix said, will be to sell assets.

Those who have been forced to liquidate assets have done so in an orderly way, and a majority of buyers have been farmers, said Swanhorst.

Mississippi State University ag economics professor Keith Coble said the lenders he talks to are getting nervous, especially about their customers that have eaten into their working capital in recent years.

"You're going to see farmers retire. A farmer that's on the margin of being able to survive, they're going to lose the land, and it's going to go to another producer that's probably larger and more efficient."

The fed cattle industry has seen three years of returns below breakeven, he said, but is expected to see profits improve in 2020. Cow-calf operations, Enix said, have remained "generally profitable," although upstream pressure in fed cattle is depressing prices a bit.

In dairy, Enix said the company's customers have seen margins at or below breakeven for three of the past four years. In the next 12 to 18 months, however, he said producers have the potential to make money.

While there will be opportunities for profit in next year or two, the focus will continue to be on metrics like working capital, land values and interest rates.

"If we compound the stress in the current environment by lowering asset values and raising the cost of servicing debt, we could be in a very different financial position," Myers said. 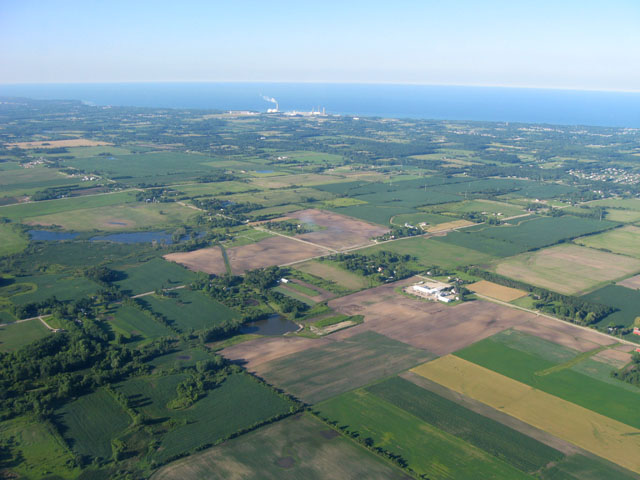