OMAHA (DTN) -- One of the nation's largest ethanol companies announced on Tuesday it will idle a 92-million-gallon plant in Cloverdale, Indiana, following EPA's decision to grant 31 new small-refinery waivers to the Renewable Fuel Standard for 2018.

POET, based in Sioux Falls, South Dakota, stated it has started the process of idling the Indiana plant "due to recent decisions by the administration" regarding the waivers. The company said in a news release that the move means the plant will "cease processing of over 30 million bushels of corn annually and hundreds of local jobs will be impacted."

POET said it already has cut production at half of its plants, with the largest cuts coming at plants in Iowa and Ohio.

In addition, the company said numerous jobs will be consolidated across POET's 28 plants and corn processing will be reduced by an additional 100 million bushels across Iowa, Ohio, Michigan, Indiana, Minnesota, South Dakota and Missouri.

POET Chairman and Chief Executive Officer Jeff Broin said in a statement that ethanol companies made investments based on the EPA upholding the Renewable Fuel Standard.

Since 2016, President Donald Trump's administration has issued 85 exemptions totaling 4.03 billion gallons of ethanol-equivalent gallons not being blended with gasoline. According to the agency's dashboard, https://www.epa.gov/…, there are two more requests for 2018 waivers pending.

"The Renewable Fuel Standard was designed to increase the use of clean, renewable biofuels and generate grain demand for farmers," Broin said.

"Our industry invested billions of dollars based on the belief that oil could not restrict access to the market and EPA would stand behind the intent of the Renewable Fuel Standard. Unfortunately, the oil industry is manipulating the EPA and is now using the RFS to destroy demand for biofuels, reducing the price of commodities and gutting rural economies in the process."

The RFS allows the EPA to issue small-refinery exemptions for refiners that process 75,000 barrels or less of petroleum a day and demonstrate "disproportionate economic hardship." During the past few years, however, EPA issued waivers to refineries owned by ExxonMobil, Chevron, and other large oil companies.

POET said in the news release that EPA's "mismanagement of SREs has created an artificial cap on domestic demand for ethanol and driven RIN (renewable identification number) values to near-zero, which weakens the incentive for retailers to offer higher blends.

"Oil is making billions of dollars, yet still using EPA to stop biofuels growth by handing out hardship waivers to some of the wealthiest companies in the world, in contradiction with President Trump's public comments," the company said.

DTN reported last week that EPA issued the latest round of waivers on orders from Trump himself: https://www.dtnpf.com/…

"POET made strategic decisions to support President Trump's goal of boosting the farm economy," POET President and Chief Operating Officer Jeff Lautt said in a statement. "However, these goals are contradicted by bailouts to oil companies. The result is pain for Midwest farmers and the reduction of hundreds of jobs and hundreds of millions of dollars of economic activity across Indiana."

POET said the continued issuance of small-refinery waivers are "wiping out" any near-term ethanol market growth expected from the allowance of year-round E15.

"My long-term fear isn't for the biofuels industry, it's for rural America," Broin added.

"POET can continue to produce ethanol with cheap grain, but we don't want to lose our family farmers. The EPA has robbed rural America, and it's time for farmers across the Heartland to fight for their future." 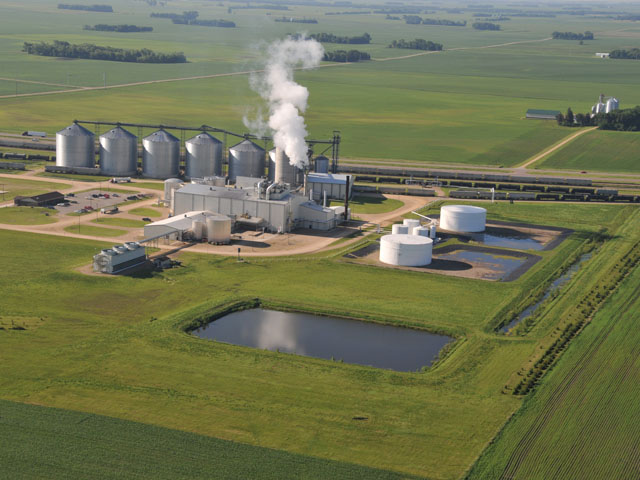