ROCKVILLE, Md. (DTN) -- A lot of eyes have been on the 2019 commercial corn and soybean crop and the harried farmers who endured continuous delays while planting it.

Less visible have been the struggles of seed companies and their contract growers to plant corn and soybeans for seed production. They, too, endured a historically late and challenging planting season, and the 2020 crop relies largely on their success.

"We're a farmer, too," said Tony Klemm, Corteva Agriscience's global corn portfolio lead. "We plant thousands of corn and soybean acres around the world and the U.S. And just like all our grower customers, 2019 has seen unprecedented planting delays."

However, unlike commercial growers, seed companies have more flexibility to move acres between states and even, in extreme cases, to different countries. Thanks to this flexibility, all the companies DTN spoke to managed to finish planting their target acreage. But their 2020 seed crop now faces the same dangers threatening the commercial crop -- potential heat and dryness at crucial reproductive stages and the ever-looming threat of an early frost on a late crop.

"The month of September will be critical to this crop this year," said Joe Merschman, of the Iowa-based seed company Merschman Seeds, which finished planting most of its seed soybeans a month later than average.

"The big picture is everything is okay, it's not a mayday situation," added John Kermicle, general manager of AgriGold. "But this also could be a year when growers might have to go with their second or third choice of hybrids or varieties."

Corn seed supplies can often withstand bad planting and harvest seasons better than beans, as the starchy seeds can maintain their quality for many years in climate-controlled storage facilities. In fact, they often last well beyond their useable lifespan in the current crop-breeding environment, noted Kermicle.

"Hybrids used to last in the market for five to seven years, now they last three to four," he said. "So most seed companies only keep about one-third to 40% of the crop in inventory."

Those extra supplies proved extremely valuable this year, when the industry faced record-high return rates on corn seed, when many growers turned to shorter-season maturity groups as planting dates were pushed deeper into May and then June.

"We probably shipped out another 10% of earlier hybrids to replace full-season hybrids," Kermicle said of AgriGold. "The Eastern Corn Belt was the worst. The heaviest change and returns came from the I-80 corridor from Illinois through Indiana and into Ohio."

As a result, supplies could be tight for these shorter-season hybrids in 2020, since the coffers were pilfered in 2019, he added. "Depending on where a seed brand sells, there will probably be good supplies on mid- to full-season hybrids, but people switched to 106-day and earlier, so that's where pressure is on supply," Kermicle said.

To add to the pinch, corn acres are expected to grow next year, thanks to recent market movements, noted Mike Kavanaugh, agronomy manager for AgriGold. "We do expect sales volumes to be up," he said.

During the prolonged planting season, seed companies had to move some seed corn acres away from the Eastern Corn Belt, to drier regions to the west. Nebraska was a popular choice for its irrigated acres. "We do have a lot of production in Nebraska," Klemm said. "We shifted seed corn acres as needed."

When DTN spoke to Corteva in mid-June, some corn acres were still being planted for the company. The bulk of AgriGold's hybrid planting ranged from June 4 to June 10 and didn't wrap up until June 15, Kermicle added. "Our seed crop is about 1.5 weeks behind what we consider average," he said.

Now some agronomic threats loom for the seed corn crop, such as hot, dry conditions during development and pollination.

Since seed corn acres often are irrigated, contract growers have the ability to spoon-feed moisture and fertilizer to plants dealing with the impacts of late, wet planting, such as stunted root systems, noted Kavanaugh. But they are still subject to other weather and growth problems.

"The biggest thing that worries me is green snap scenarios, just because corn grows faster and gets taller in later planted situations," he said.

And the threat of an early frost, which can kill corn seed's germ, is especially high this year, Kavanaugh added. Seed companies and seed acres in the upper Midwest will be especially at risk for frost damage in June-planted cornfields, he noted.

For some seed companies, hybrid production could be shifted to the Southern Hemisphere if harvest brings a much smaller crop than desired.

"We have sites in Hawaii, as well as Chile and Latin American countries where temperate corn is grown," explained Klemm. "It is an area for us to mitigate production problems, but we focus mostly on parent seed production there. We don't typically produce large amounts of field corn outside of the geography they're sold."

For good reason, added Kermicle. After the difficult drought season of 2012, some of AgriGold's seed corn was produced in South America over the winter -- to great expense and inconvenience. "Logistics was a killer," he recalled. Airplane transportation costs can be extremely high and although the use of shipping vessels is less expensive, the process can be fraught with weather and worker delays. "And you can't grow full-season, 112- to 115-day corn in Chile and while you can in Argentina, it's difficult to get it to us in time for growers to plant in the spring," added Kermicle.

Corteva's Klemm was hopeful that seed production can remain in the U.S. this year, but noted that Mother Nature will make the final call. "Tell me how we end up at harvest and I'll have a better answer," he said. "A lot can happen between now and the end of harvest."

Soybean seed inventory can be especially vulnerable year-to-year, because -- unlike corn seed -- companies rarely carry over bean seed from one season to the next. At issue is the high oil content of soybeans, which makes them degrade more rapidly in storage and lose vigor and germination. (See a DTN story on returning or storing treated soybean seed here: https://www.dtnpf.com/…).

As a result, seed companies plan on overproducing soybean seed annually, said Merschman. "The average seed company sells about 65% to 68% of the soybean seed they grow," he said. "So I don't anticipate any soybean seed shortage. Most companies have enough 'fudge factor' to lose some acres and still have adequate supplies."

"One of best benefits of being a bigger company is having the ability to spread risk across geographies," added Tyler Uhe, Bayer's soybean line product manager. Bayer grows soybeans for seed production in three different countries and 19 states in the U.S. "So a particular product could be planted in multiple areas to spread risk, and part of plan is to expect the unexpected and manage for that weather, supply or demand variation," Uhe said.

That said, working with your soybean seed company early this summer or fall on availability would be wise, Merschman said. "This doesn't mean they won't be short of a certain variety you favor," he cautioned.

The soybean is famously good at compensating throughout the growing season, which allowed Merschman Seeds' contract growers to pack more beans into seed acres to make up for lower anticipated yields from late planting. "We could very well see smaller seed size, because they won't have as much fill time as normally, but that depends on podset," Merschman said. "If we get favorable flowering and heavy flower set, we could get smaller beans, but if it's a lighter podfill, then you get bigger, heavier beans."

If a frost hits his region before October 1, all bets are off, Merschman added. "We need to not have a frost before physiological stage R7, when the soybeans start to turn yellow," he said.

In addition to seed production, company research plots are also scattered across the U.S., to study new varieties and genetics, as well as rate products for their response to disease, insects, weather stress or other plant characteristics. They faced the same inclement planting conditions.

"I do anticipate slightly less data than we would desire," Uhe said. "But most of our ratings are observed over multiple years, so I do not expect this year would substantially impact how we rate products next year." 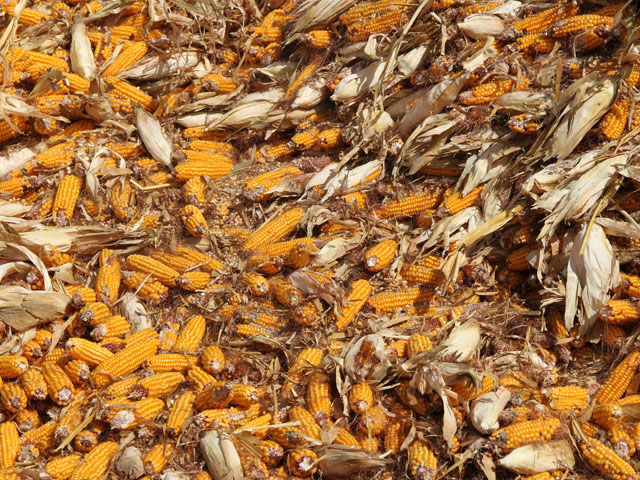