OMAHA (DTN) -- Even though ethanol margins have shown some improvement in the past month, a new report from CoBank shows many producers will continue to see negative margins for the remainder of 2019.

DTN's hypothetical Neeley Biofuels 50-million-gallon plant in South Dakota is showing some easing of market pressures that have been hammering producers in the United States in 2019.

The plant this week reported a 46.5-cent loss, which is a gain of 7 cents from our May 31 update. This number includes debt service.

The margin improvement was fueled by a drop in the corn price paid by the plant, a rise in the ethanol rack price and an increase in the price received for dried distillers grains. This time corn price came in at $4.13 per bushel based on the Chicago Board of Trade futures price. That compares to $4.20 paid on May 31 and $3.53 on May 1.

The ethanol rack price for this update came in at $1.66 per gallon, or an increase from $1.44 in our last update. The plant saw an increase in the price received for dried distillers grains, rising from $120 to $138 for this update.

Donna Funk, a certified public accountant with K-Coe Isom, based in Lenexa, Kansas, works with ethanol plants and said producers are concerned about what the delayed growing season will mean for production come fall.

"There is a good amount of belief there is plenty of corn carry to cover the needs, but we all know exports, etc., can impact those numbers a great deal," she said.

"We are also much earlier in the growing season this year than typical for early July, so it is really hard to even estimate what a corn crop might produce if we have favorable weather for the remainder of the summer, which has proven to be a big if this year."

It has been a long year for the ethanol industry.

Since July 2018, ethanol margins have taken a severe turn south. Neeley Biofuels reported a 22-cent per-gallon net profit as of July 6, 2018. By Sept. 20, net profits sank to 8 cents per gallon. By Oct. 16, 2018, the plant reported a net loss of 34.5 cents. Margins hit what was then a low in December, as the hypothetical plant reported a net loss of 37.9 cents. The plant has since had losses topping 60 cents at times during the past month.

Ethanol operating margins will remain weak as declining corn production will continue to put a squeeze on producers, a new report from CoBank concluded.

You can read the report here: https://www.cobank.com/…

CoBank said the rest of 2019 is expected to be a tough road for ethanol producers in the United States.

A reduction in corn supplies and higher corn prices likely will lead some plants to idling or closing production. The report, however, said margins are expected to improve in 2020 and 2021 as supply and demand is expected to strike a better balance.

CoBank said the "dismal" planting conditions will affect ethanol plants in areas that had lower-than-normal corn planting. Those effects will include higher-than-normal local corn prices "if corn is available at all."

"In the year ahead, corn production issues will likely be the cause of many decisions to idle or shut down ethanol plants," the analysis said.

"Exports remain one area of optimism, but that optimism precariously hangs on China's plans to convert to E10 blend gasoline nationally by the end of 2020. In the meantime, domestic U.S. ethanol demand will likely be flat over the next two years. For ethanol plants' margins to go up, supply will need to go down. This will be a painful process for some higher-cost producers."

The report paints a promising future for ethanol, however, because in the long term, CoBank said ethanol plant profitability "will come from diversified revenues and growth in E15 blend gasoline."

The analysis said although the export market has been a key growth factor for U.S. ethanol, continued growth faces headwinds from trade uncertainties.

"However, year-to-date exports now trail last year's exports by around 50 million gallons due to a surge in early 2018," CoBank said. "Exports in 2018-2019 have been soaking up some of the excess production, but there is no major shift in export demand."

The analysis said it expects to see exports increase in the next few years. "However, the increase in ethanol exports is unlikely to match recent years' growth as global economic growth slows and gasoline demand levels off or declines in other advanced economies," CoBank said. 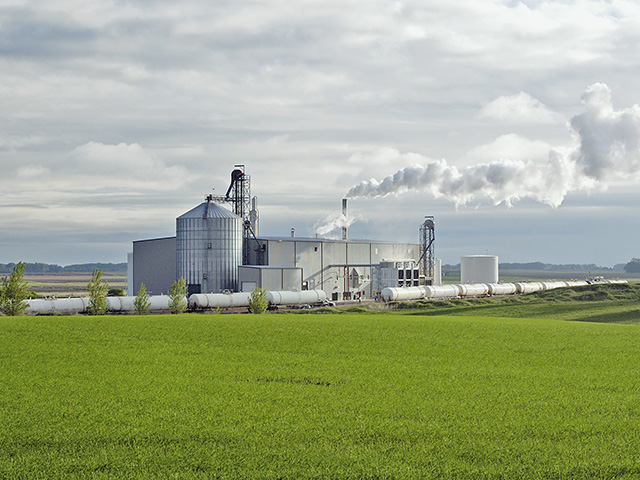