OMAHA (DTN) -- The release of a proposed discussion bill last week aimed at phasing out the Renewable Fuel Standard in favor of a national octane standard appears to be a non-starter for biofuel interest groups.

On the day before Thanksgiving, Reps. John Shimkus, R-Ill., and Bill Flores, R-Texas, released what they are calling a "discussion draft" of a bill that essentially would phase out the RFS in 2023 and eliminate a mandate requiring the blending of biofuels altogether.

In addition, the administrator of the EPA would be required to set volumes on advanced biofuels to be blended at the prior year's production volumes of cellulosic ethanol, biomass-based diesel and other advanced biofuels.

The current law mandates the increased blending of a variety of biofuels through 2022. The actual production volumes of cellulosic ethanol and other biofuels, however, have not come close to reaching the mandate.

The current RFS law was designed to set a course for 36 billion gallons of biofuels to be blended by 2022. The discussion draft bill would not mandate the use of biofuels at all.

"Oil companies have been pitching so-called 'reforms' since the RFS was adopted, but even they acknowledge that Congress is not going to gut the market for homegrown biofuels," said Brooke Coleman, executive director of the Advanced Biofuels Business Council.

"This is just another in a long line of dead-end proposals to phase out renewable fuels," Coleman said. "The only mystery is why anyone would expect biofuel or farm supporters to be fooled by bait-and-switch octane standards that are no higher than today's premium fuel. All the bill does is free oil companies to come up with new ways to avoid using biofuel, even if means higher fuel prices and more toxic, petroleum-based additives. This is a zero-growth proposal for the renewable fuels industry, and farmers know it."

A recent news report suggests the EPA is in the process of proposing a rule to reset the RFS volumes for 2020 through 2022.

Some biofuel groups have suggested biofuels' future, and particularly that of ethanol, resides in vehicles that burn high-octane fuels that require more ethanol. Ethanol is the cheapest, most widely available octane source.

The discussion bill would require automakers to design and warranty vehicles for using E20 blends -- 20% ethanol, 80% gasoline. In addition, vehicle manufacturers would be required to design motor vehicles to operate using gasoline with a research octane number (RON) of 95 or higher.

The discussion draft would exempt automakers and gasoline retailers from legal liability.

Kurt Kovarik, vice president of public affairs for the National Biodiesel Board, said in a statement the proposal would bring more uncertainty to a biodiesel industry struggling to find certainty.

"We appreciate Congressmen Shimkus' and Flores' effort to improve the program," he said. "However, the proposal does not provide enough certainty to support the continued growth of biomass-based diesel, especially beyond 2032. We will study the draft legislation carefully and continue to engage in the discussion started by the Congressmen."

"While we welcome any improvements to octane standards nationwide, this bill would turn back the clock on our nation's commitment to renewable biofuels, completely undermining the benefits that consumers have come to expect from ethanol at the pump," she said.

"Ethanol itself has a natural octane of 113 and a lower carbon content than the gasoline components it replaces. It is only through coupling a stable Renewable Fuel Standard with improvements to octane standards that consumers can continue to reap the increased engine efficiency, environmental benefits, and cost savings that ethanol provides."

Shimkus said in a news release that lawmakers are attempting to chart a path for life after the RFS.

"In this Congress -- through three stakeholder roundtables, five subcommittee hearings, and countless other meetings and conversations -- my goal was to look beyond just the Renewable Fuel Standard to comprehensively reshape federal transportation fuel policies in a way that could provide more value to consumers and more certainty to industry stakeholders," he said.

"Since ethanol is one of the lowest-cost sources of octane in many areas of the country, a transition from the RFS beginning in 2023 to a national octane specification creates new market opportunities for biofuel producers and gives certainty to refining stakeholders."

Scott Segal, co-chair of oil industry public relations firm Bracewell LLP's policy resolution group, said in a statement to DTN there is reason to believe corn-based ethanol will continue to have "robust demand" with or without the RFS.

"There is an emerging consensus that the demand for clean sources of octane will keep ethanol demand robust regardless of the renewable volume obligation under the RFS," he said.

"At the same time, Congress has seen first-hand that the structure of RFS implementation continues to create uncertainty and impose unacceptable costs," Segal said. "Congress has an opportunity to make meaningful changes to the RFS as we approach the end of mandatory ratchets in volume. Legislation is always difficult. That said, divided government often creates the conditions for action on controversial environmental topics." 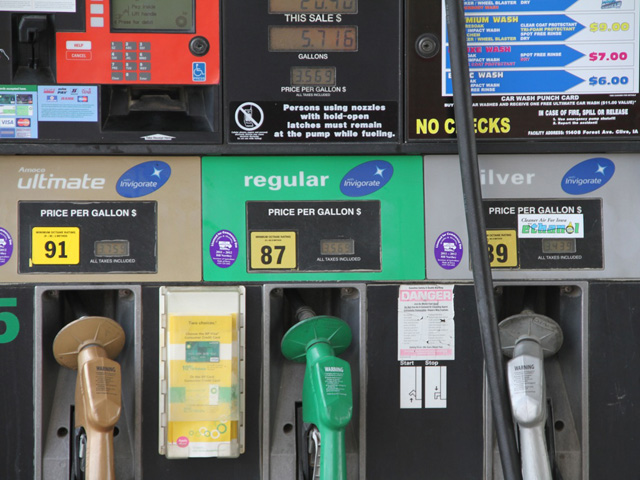