OMAHA (DTN) -- Geoff Cooper remembers the open Wyoming landscape of Wind River Valley -- where his family farm dates back to the 1940s and the end of World War II.

There, the new chief executive officer and president of the Renewable Fuels Association learned his work ethic from agriculture and patriotic service to country.

The former Army captain and diehard St. Louis Cardinals fan is following in the footsteps of 17-year CEO and President Bob Dinneen, who is staying on at the RFA as a senior strategic advisor, as part of a leadership succession plan.

Cooper's grandfather purchased the farm when he left the Army after serving in World War II.

"I was always interested in serving in the military," Cooper told DTN. "Both of my grandfathers were World War II Army veterans. Patriotism, duty and service were strongly emphasized in my home and community growing up."

Out of high school, he was offered Reserve Officer Training Corps (ROTC) scholarships from both the Air Force and Army. Cooper attended Drake University in Des Moines and was part of the Cyclone Battalion that trained Army ROTC cadets at Iowa State University.

Cooper came to the RFA from the National Corn Growers Association in 2008, serving as the director of research at RFA. Much of his career has focused on dispelling myths perpetuated about biofuels from petroleum interests and environmental groups, using research and science as a basis.

It's all about the science.

"I come from a school of thought that everything we do has to be grounded in sound science on a factual foundation," Cooper said. "I feel like heads of various trade associations too often play fast and loose with the facts." Everything RFA does will continue to be grounded in facts and in a sound scientific basis."

His first job in the Army was as a platoon leader in a petroleum pipeline and terminal operating company.

"We had a mobile pipeline and terminal system that could be deployed anywhere in the world," Cooper said in an email. "The pipeline system tied into Navy tankers that would sit offshore, and it would transfer petroleum fuels from the tankers to forward operating bases, where it was stored and used to refuel everything from tanks and helicopters to generators and HMMWVs (Humvees)."

Cooper later worked as the logistics officer for a battalion that was the parent unit of the company in which he first served. He was responsible for accounting and tracking of all fuel receipts and distribution, as well as maintaining the battalion's operating budget.

"Our battalion was sent to Egypt in the fall of 2001 to provide fuel and logistics for units that were conducting training exercises just prior to deploying into Afghanistan," he said.

At RFA, Cooper has been at the forefront of regulatory work on California's low-carbon fuel standard (LCFS) as well as the Renewable Fuel Standard.

In the early days of the LCFS, corn ethanol from the Midwest was not allowed to be sold in the California market because of the way the state calculated the biofuel's carbon footprint.

Since then, the ethanol industry has made headway into the state as the science Cooper worked on has led to updates to the LCFS, and created more pathways into the California market.

Even as the leadership at the RFA has changed, the mission remains the same.

"Our focus will continue to be in serving as an authoritative voice on market issues," Cooper said. "Our focus on building demand will be a No. 1 priority -- growing markets and building demand for ethanol. The industry on the producer side is extremely efficient. The needs of the industry aren't the same as they were 25 years ago. We will focus on building and adding value and creating value for ethanol."

Just as Cooper has assumed the leadership reigns at the RFA, the face of Congress changed in the November general election.

The Democratic Party taking control of the U.S. House of Representatives may bode well for biofuels, Cooper said. During the past couple of years Congressional focus on climate issues has waned.

"Fortunately for us our issues are largely non-partisan," Cooper said. "We always have enjoyed bipartisan support. We don't expect that to change. One outcome of the election is we are very likely to see an increased emphasis on climate policies again. Environmental policy issues will come back to the forefront. We think we have a good story to tell."

On Monday, a representative for the American Petroleum Institute told reporters the changing Congress makes it less likely RFS reform will be pursued.

Even prior to the election, reform efforts have gone nowhere. In addition, Cooper said if Rep. Nancy Pelosi, D-Calif., wins election to speaker of the House, the RFS future may be secure for a while.

"There was a lot of talk and we've even seen a handful of bills introduced," Cooper said. "Those bills are messaging bills. None had really any chance of moving out of committee. There will be hearings where bills are introduced to repeal the RFS. I think the chances of any kind of reform moving is weakened by Democrats taking the House. Nancy Pelosi has been a strong RFS supporter."

Resolving the trade dispute with China, Cooper said, could open up much-needed markets for biofuels and co-products. China was an expected large market for U.S. ethanol, only to be shut down by Chinese tariffs.

Lower ethanol prices as a result of small refinery waivers to the RFS, have led to ethanol companies shutting down plants and scaling back production in recent months because of low and even negative margins.

Cooper said the RFA continues to have discussions with U.S. trade officials about the importance of growing markets in China for ethanol and dried distillers grains, or DDGs.

Chinese tariffs have squeezed U.S. ethanol exports to China to zero. In addition, DDGs have been pushed out of the Chinese market.

"It has been a large market for exports," Cooper said. "We were expecting it to be for this year and years ahead until the tariff put on us. It is important for demand on co-products. A trade dispute resolution could be very helpful in the short term. It would be a big shot in the arm. Resolving trade issues with China is at the top of the list."

In 2016 and 2017, EPA handed out 48 small refinery waivers to the RFS, leading to an agency-estimated 2.25 billion gallons of biofuels not blended during that time span. That led to a wave of renewable identification numbers, or RINs, flooding the market and dropping prices to some of their lowest levels ever.

Those actions were taken by the agency led by then-Administrator Scott Pruitt.

With EPA Acting Administrator Andrew Wheeler now in line to become the permanent administrator, Cooper said the RFA believes the trend may change. In addition, EPA is set to release a waiver for E15 to allow year-round sales.

"He strikes us as being a fair-minded guy, being someone who understands processes very well," Cooper said. "We have been very encouraged by his approach on E15. Wheeler reacted accordingly. He understands the RVP (Reid vapor pressure) waiver is a priority. I think we're also very confident Mr. Wheeler can take a more even-keeled approach to small refinery exemptions. "Overall, I think there is more optimism of his leadership at EPA."

One thing that hasn't changed is petroleum opposition to E15 and all things biofuels.

After President Donald Trump announced back in October that EPA would move on E15, the American Petroleum Institute launched a nationwide campaign against the proposal. The API has claimed the fuel damages engines, among other things.

"I am not terribly concerned that API's messages are compelling to consumers," he said. "I don't think they are falling for what they are suggesting. We see those API ads and it makes our blood boil. We're in the trenches every day. For the average consumer they're not paying attention to that. Time and again when they pull up to the pump, they want fuel that is affordable and safe for their vehicle.

"We're just not hearing concerns. There are no cases of engine damages and misfueling. If anything, the little bit of feedback from consumers is 'I like saving 5 to 10 cents a gallon and didn't notice a change in engine performance.'"

The summertime Reid vapor pressure barrier in place that keeps E15 from being sold from June to September because of ozone concerns, Cooper said, is the "No. 1 obstacle" keeping E15 out of markets.

"The waiver will break down doors," he said. "A number of retail chains looked at E15 and are interested in it. Once we get it resolved it will free up investments currently on the sidelines."

As the new RFA leader, Cooper said he'll pursue ways to allow ethanol producers to "compete fairly," on a "level playing field." Primarily that will come from continuing to remove regulatory barriers.

"Regulatory barriers are serving no function other than shielding petroleum," he said.

"We'd like to clear any thicket. In a truly free market when the choice is between petrol-based fuel and fuel that is cheaper, cleaner and domestically produced" consumers will choose the latter." 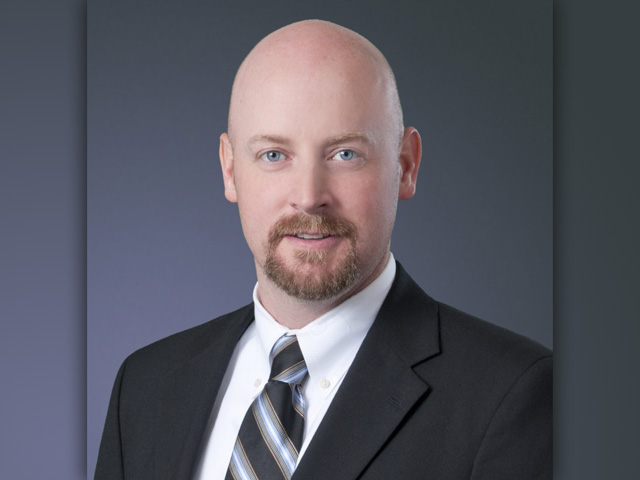