OMAHA (DTN) -- As the biofuels world waits for reported Renewable Fuel Standard reform legislation coming from a Texas senator, two Democrats from both chambers of Congress introduced a bill on Thursday to phase out corn ethanol and cap how much ethanol would be in the nation's fuel pool at 9.7%.

During a news conference Thursday, Sen. Tom Udall, D-N.M., and Rep. Peter Welch, D-Vt., announced RFS legislation aimed at what they said has been an environmental disaster caused by corn ethanol. So far, they are the only co-sponsors of the bill.

Sen. John Cornyn, R-Texas, along with Rep. John Shimkus, R-Ill., and others reportedly are drafting separate legislation to address ongoing concerns about the costs of renewable identification numbers, though there's been little indication that President Donald Trump would sign any reform measure.

Udall and Welch said they are hopeful their bill can become part of a broader RFS reform that places an emphasis on developing advanced biofuels.

The Growing Renewable Energy Through Existing and New Environmentally Responsible Fuels Act would phase out corn ethanol from the current 15 billion gallons in the RFS to 1 billion gallons by 2029. In addition, the bill would immediately reduce the amount of ethanol in the nation's fuel supply by 1 billion gallons by capping ethanol by volume at 9.7%.

The legislation also would create a new fund through a 10-cent-per-RIN fee to promote moving croplands to wildlife habitats. During the press call, the lawmakers said numerous studies point to the loss of sensitive grasslands and habitats as a result of crop expansion.

The fund would be used to pay for easements on private lands to keep them out of agriculture production, keep lands in conservation uses such as grass, stream buffers or pollinator habitats, and would help farmers transition land in crop production to other uses.

The cellulosic ethanol mandate would be extended until annual production hits 2 billion gallons, or 2037, whichever comes first. The measure offers no solutions to address concerns about the costs of RINs.

"The RFS was a well-intentioned idea, but it needs reformed," Udall told reporters. "Many Democrats supported the RFS because of the environmental benefits. It may well be hurting the environment. It needs to be reformed, so it serves its purpose. The current RFS encourages the conversion of open land."

Welch said the current RFS has led to higher food prices, damage to vehicle engines and the disappearance of wildlife habitat.

"Despite its early promise, the RFS has been a well-intentioned flop that is harming our environment by contributing to the conversion of millions of acres of grasslands, wetlands and forests into crop production while failing to bring about the widespread use of truly sustainable fuels like cellulosic," he said.

The measure also is supported by the National Wildlife Federation and the Sierra Club.

Biofuels and agriculture interest groups were quick to discount the legislation.

Kevin Skunes, president of the National Corn Growers Association and an Arthur, North Dakota, farmer, said the legislation makes a number of false assumptions about the environmental stewardship of farmers.

"This legislation seeks to kill our most successful American renewable energy program," he said in a statement to DTN. "The bill ignores current science reflecting the significant environmental benefits of ethanol and would have catastrophic consequences for our nation's economy, our energy security, and family farmers. The sponsors of this legislation need to understand farmers' productivity. Ethanol production is not significantly impacting land use."

Skunes said planted corn acres were lower in 2017 than when the RFS was expanded in 2007, "yet we produced significantly more biofuels."

Since 1980, he said, corn farmers have doubled production while using half the nutrient inputs per bushel.

"Every citizen has a stake in the RFS," Skunes said. "The first casualty of this legislation will be consumer choice at the fuel pump, when they will be forced to buy more expensive gasoline, and the second will be the environment as we increase reliance on fuel that produces more greenhouse gases and toxic emissions like benzene."

Though Welch and Udall said the legislation is aimed at expanding the production of advanced biofuels, one industry official was not impressed.

"This might be the most ridiculous and politically tone-deaf energy bill ever proposed," said Brooke Coleman, executive director of the Advanced Biofuels Business Council. "The real question is why two Democrats are leading a fruitless effort to increase the use of carbon-intensive fossil fuels like tar sands."

Bob Dinneen, president and CEO of the Renewable Fuels Association, said the bill would "throw the program into reverse, erasing more than a decade of progress."

A USDA analysis recently found corn-based ethanol reduces greenhouse gas emissions by 43% on average compared to conventional gasoline, and could reach 76% by 2022.

"The bill also blatantly ignores reality by seeking to cap ethanol blends to no more than 9.7% by volume," Dinneen said. "The so-called ethanol blend wall has been reduced to a pile a rubble."

Growth Energy CEO Emily Skor said, "When oil companies try to ghostwrite legislation for environmental front groups, you end up with some pretty backwards ideas, and that's exactly what this appears to be. It's dead on arrival with any lawmaker who cares about the climate, energy security, or the farm economy." 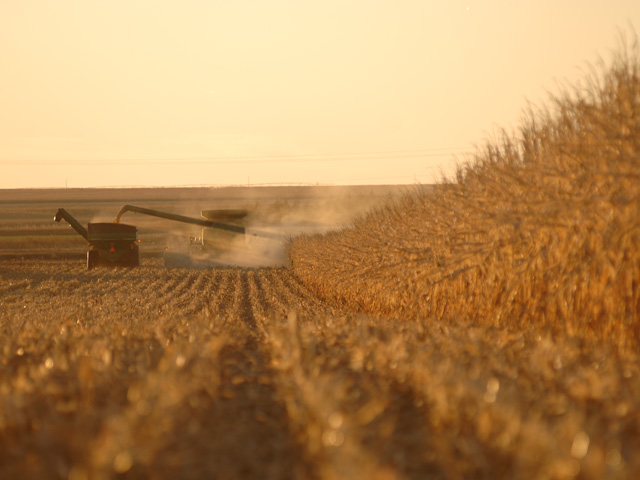