OMAHA (DTN) -- Nothing is set in stone with federal policy and the ethanol industry, and the same is true for 2018. The industry will continue to face annual political fights and legal battles to keep the Renewable Fuel Standard in place, the backbone of the industry.

With commodity prices low and input costs high, changes to the RFS can affect the demand for ethanol and ultimately corn in the United States. About 15 billion gallons of corn ethanol is produced per year, which equates to about 5.4 billion bushels of corn demand.

Although President Donald Trump's administration appears to be firmly behind the RFS, corn farmers and ethanol producers should continue to monitor closely the strong press by ethanol opponents to scrap, reform or back off enforcement of the RFS.

"We knew, coming into the administration, the president's support for ethanol generally and the RFS specifically would be unwavering, and it has been," Bob Dinneen told DTN. Dinneen is chief executive officer and president of the nation's largest ethanol advocacy group, the Renewable Fuels Association.

Scott Pruitt's EPA met the Nov. 30 deadline to set RFS volumes -- a rare moment in the program's history in 2017 -- and perhaps a sign that ethanol and corn producers can expect more of the same in 2018.

From 2008 to 2016, the agency set the renewable volume obligations, or RVOs, on time for RFS2 just three times -- in 2008, 2009 and 2016. Meeting the deadlines provides certainty to biofuels producers and others who invest in the sector.

"This doesn't mean renewables aren't important to energy supply growth," he said. "They are part of the mix and offer benefits; i.e. ethanol adds octane. The question is, however, does this industry need to be subsidized by demand mandates?"

Bill Northey's nomination to a USDA undersecretary post continues to be held up by Sen. Ted Cruz, R-Texas. Cruz demands changes to the RFS, most notably to the biofuels credit program to help refiners control costs to comply.

"The RFS is punitive to some in the oil industry, mainly independent refiners on the East Coast," Milne said.

Dozens of small refiners on the East Coast have petitioned EPA to waive RFS requirements. In a letter to Pruitt last week, the RFA questioned whether the agency was transparent in its management of RFS small refinery exemption provisions. EPA can exempt small refineries with crude oil throughput of less than 75,000 barrels of crude per day.

In an ethanol outlook article published in November in the Oxford Institute for Energy Studies, Scott Irwin, an agricultural economist at the University of Illinois, said despite clamor from refiners on RFS compliance costs, the evidence suggests otherwise.

"The available empirical evidence suggests that refiners are able to quickly pass the RINs costs on to wholesale blenders through higher blendstock prices," he wrote.

The 38-digit renewable identification number, or RIN, attached to a gallon of biofuel is important to both energy and agricultural markets. Gasoline refiners and importers must comply with the RFS by buying and submitting credits to the EPA, or face potentially heavy fines.

This will allow more ethanol to be blended and possibly limit the upside in RIN prices, Milne said.

A number of big-ticket issues hang in the balance for ethanol, not the least of which is EPA's consideration of allowing E15 to be sold year-round. Although ethanol export markets have continued to grow, the ethanol industry points to the need for E15 to allow more gallons to stay in the U.S. market.

"Quite frankly, I don't think this rule will be changed," Milne said. "If it does, an enormous amount of infrastructure would need to be upgraded, including adding storage tanks at tank farms and new tanks at retail outlets. Supply chains would need to be adjusted. And small engine manufacturers and boaters would scream, demanding ethanol-free gasoline, claiming ethanol harms performance."

The industry continues to be concerned about the Trump administration's approach to multilateral trade agreements such as the North American Free Trade Agreement, or NAFTA.

"The president's commitment to an America first trade policy has been refreshing in terms of helping us with trade challenges in Brazil, or Peru, or China," Dinneen said. "At the same time, his antipathy toward multilateral trade pacts has created a fair amount of consternation."

Despite those concerns, Dinneen said where the industry has had trade challenges with China, Brazil and other nations "the administration has been refreshingly engaged with us."

USDA Assistant Secretary Ted McKinney made a trip to Brazil on Thanksgiving week to address Brazil's 20% tariff on ethanol imports from the United States.

The industry continues to have concerns about EPA's handling of the cellulosic biofuels portion of the RFS. Dinneen said he believes the agency continues to underestimate production coming from corn-fiber cellulosic ethanol technology.

In addition, Dinneen said he would like to see the agency address how obligated parties are allowed to use cellulosic waiver credits. Currently, refiners are allowed to meet their obligations fully without buying physical gallons. 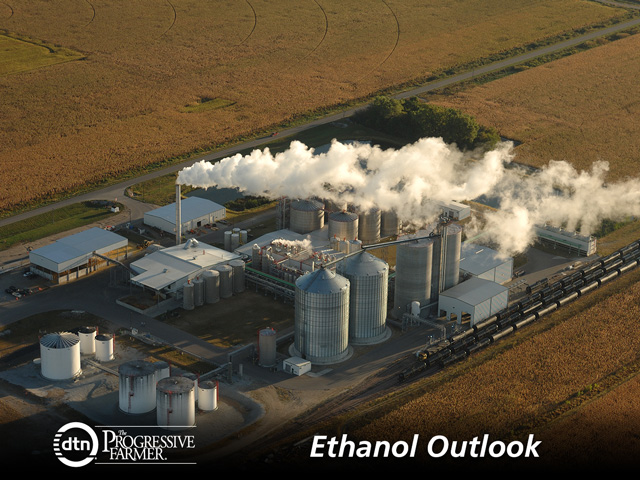